You don’t have to be a total piece of shit wannabe entrepreneur with a library of unread marketing books in the garage of your Hollywood hills home to know that sex sells.

Just check the spam folder of your email.

Probably the vast majority of messages have subject lines to make you feel like you could and should be having more sex than you currently are, using magically enhanced parts of your body and all natural supplements to boost your libido and so on.

There’s a reason so many spam marketers spend so much of their time carpet-bombing inboxes around the planet with those messages, knowing full well that most of them will never even be seen, let alone opened, let alone read. The reason is that if the recipient does somehow see the subject of that email (like if a drunk shopping website tells you to go look in your spam folder to prove a point), those sexual issues and bodily insecurities and carnal appetites stand the highest chance of catching your attention and sucking you in to make the sale.

Sex sells, in other words. Which is exactly why the SEX department of drunkMall is one of the most popular areas that people browse…

So don’t keep reading if you don’t want to buy something. 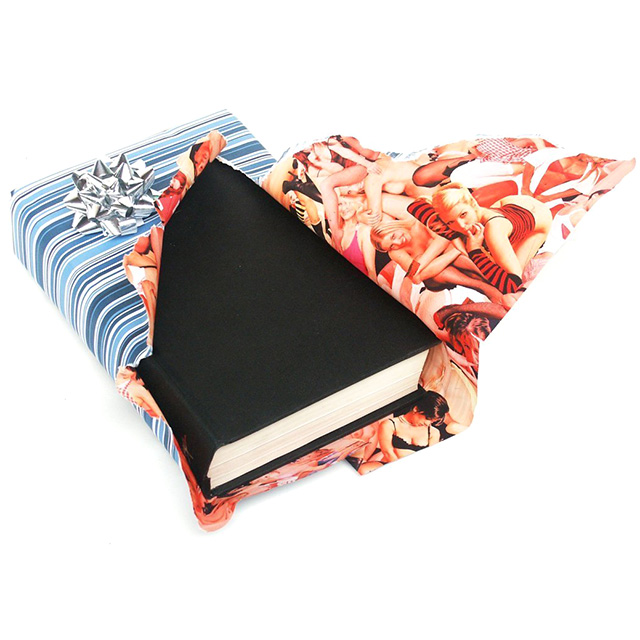 Wanna give someone their favorite birthday present of the day?

Well, it won’t top a brand new car (so it’s not a foolproof plan) but wrapping up whatever you got them in this paper with hidden sexy pictures on the inside couldn’t hurt!

There are two versions of the paper – one with sexy ladies and the inside and another with hunky dudes. Here’s a great example of an ordinary product, one that almost no typical person has a good reason to buy, given sexual connotations to move units.

But wait, it actually makes sense if you think about it…

The beginning of a relationship is often a passionate thing. Sex is had frequently, to say the least. As time goes on, this gradually changes. One or the other and eventually both of the people involved will come to know what it’s like to have a sexual advance turned down. Doesn’t feel good. You start to not want to put yourself out there…

But what if there was a bell?

Just keep the bell at home and whenever one person is in the mood then they can simply ring the bell and go about the rest of their day. Then, if that bell happens to ring again, well you know what that means! Want to sell a bed?

Imply that bed will for sure be used for sexy sexy fun times!

Why else would you need a bed with a privacy tent built into it?

For people living in shared spaces, it’s never been easier to jump inside your own little private space real fast! These are words we sometimes use to describe both romantic trysts as well as dessert experiences that we tell ourselves we shouldn’t have. But many people find it a lot easier to turn down cookies than they find it to turn down a sexual encounter. What does an ancient love manual have to do with a modern sci-fi franchise?

Literally nothing, until a person smart enough to combine the two comes along!

All your favorite Star Wars character in sexual positions you know and some you might have never considered. That’s the Star Wars Kama Sutra for you.

It’s extremely unofficial and unauthorized. Do you feel dangerous and mysterious yet?

#6 The Definition of Fuck Shirt “Fuck” is one of the most versatile words in the English language and we ultimately aren’t even really sure how it came to exist. (Feel free to post your favorite origin story in the comments. It’s a fun convo but the real story is that nobody knows.) Okay, so no surprises here.

This chocolate treat takes it even further, though. Rather than reminding us of sex to make us feel capricious enough to abandon an eating plan to indulge in a treat, this musclebound man made of chocolate and wearing shorts seems to be offering itself up as a replacement for a sexual or romantic experience!

After all, everyone knows that love and chocolate produce similar effects on the brain… You can’t really blame humans for being sex-obsessed.

This calendar collects a photo of a big old earth dick for every month of the year. Yeah, we’re already two months in to 2017 but you could probably use another calendar to keep track of something or other. Beer commercials routinely contain some of the most overt orgasmic imagery allowed on television or in public print. In fact, many beer commercials shown in other countries can’t be shown in the United States because of how raunchy they are. Think about that the next time you see a prime time spot with a young lady holding a phallic bottle spewing white foam after being opened….

Or think about it when you open beers at home with this bottle opener shaped like a woman’s leg wearing a high heel shoe! 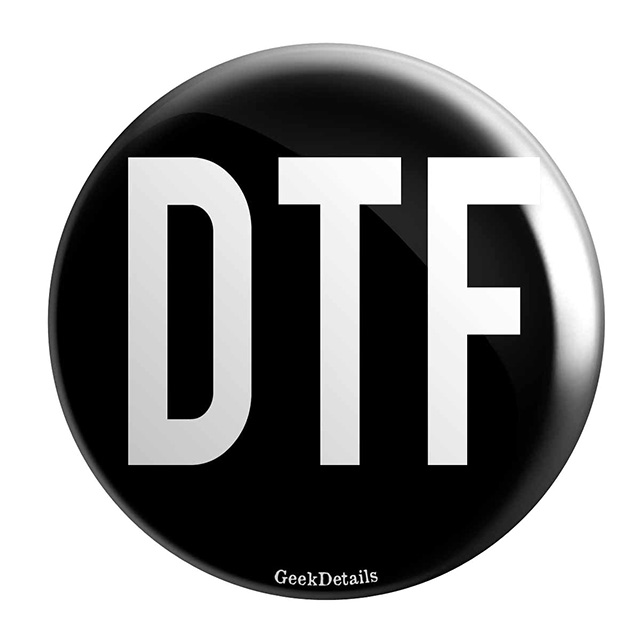 DTF stands for Down to Fuck.

This is a button that has the letters DTF on it. Start reading this caption again if you’re confused about anything.

You’ll figure it out. If you remember finger painting then you should be able to figure out what body painting is. It’s basically finger painting but your whole body is the finger. And you could do that alone but wouldn’t it be much more fun with another person?

The Love Is Art kits comes with a a specially treated cotton canvas and non-toxic paints so you can slide around doing touchy-feely stuff and the end result is a mountable abstract painting that can be a cherished reminder of that moment in time!