He said some more stuff after that.

Monsters are real, though. If you can’t take the word of the guy responsible for more nightmares than probably anyone else on earth, then perhaps you’d be more inclined to believe this entirely real news segment from 2007.

You haven’t entered an episode of The X-Files. People always talk about old myths and urban legends dating back hundreds of years when the subject of monsters comes up. We’ll get to some of those ancient tales in a moment but it’s important to note that there’s never been a time where new stories of unimagined terror stopped being put into circulation.

Some of you will remember a brave cartoon show that managed to squeeze through the cracks of the monster-denying mainstream media: Aaahh!!! Real Monsters!

Why would they call the show that if monsters aren’t real?

It’s time to wake up, people!

Here’s a nice enamel pin of The Gromble, one of the real monsters from the show. If you don’t remember the show or have ever heard of it, some say the entire series can still be acquired in a DVD box set. No monster except Bigfoot has been disparaged with as much denial of their existence as that monster which dwells in the Loch Ness of Scotland.

Fondly called “Nessie” by fans, the Loch Ness Monster first popped up in the 1930’s and now it’s ready to pop up in your own kitchen!

This cleverly designed set includes a salt shaker, pepper shaker and an oil pourer for your seasoning needs! How can you deny the existence of monsters when they lie hidden in your own body?

No, we’re not talking about the millions of bacteria and other microscopic creatures currently shacking up on your flesh…

We’re talking about Monster Hands! Everyone with hands has them!

You just need some of these wild temporary tattoos to let them out to play! Nowadays we like to let politicians pull double duty as monsters for us.

The Presidential Monsters series takes recognizable presidents of The United States and gives them a makeover to resemble recognizable monsters of lore.

Here’s Baracula, who is, of course, a cross between Barack Obama and Dracula. In fact, it’s difficult to even pin down what classifies any given creature as monster or not-monster. Technically, Furbies are monsters and those things are adorable. Maybe a monster is just some bizarre being that humans can’t make sense of and that’s that?

Make monsters a part of your mornings with this funny mold cutter. Forming a piece of bread into the body of a fat little horned freak leaves a big hole for an egg to be placed and cooked, resembling an oversized eyeball! Proving yet again that not all monsters are our enemies, the Sea Dragon pool float is here to share your sunny and splashy days with you!

Over nine and a half feet long, the Sea Dragon is capable of holding up to 225 pounds. So you can let the kids hang out on it or keep it all to yourself. Sea Dragon don’t care either way. Sea Dragon just wants to float. Not all monsters live in our heads but some do. And some live just outside of our heads, like, right around the ears, keeping them warm on cold days.

These earmuffs are from Love & A Sandwich. Each creature is faux fur on the outside (along with various decorations) and fleece on the inside, for comfort and warmth!

She takes custom requests with orders, so don’t be shy! 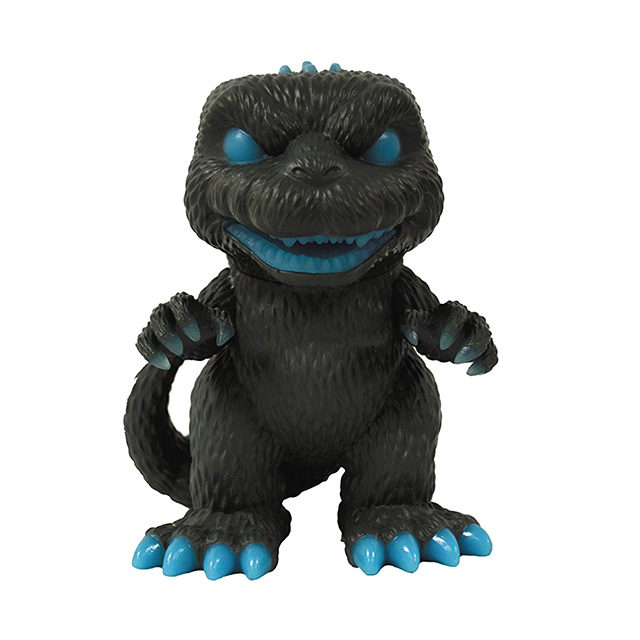 Now you know we can’t get through this post without bringing up our favorite monster of all time.

Godzilla is the best, plain and simple.

There’s everything you want in a monster. Radioactive power and the ability to show up just when mankind needs it most. That’s Godzilla.

This Funko figure is the “Atomic Breath” version of Godzilla and the blue detailing glows in the dark! 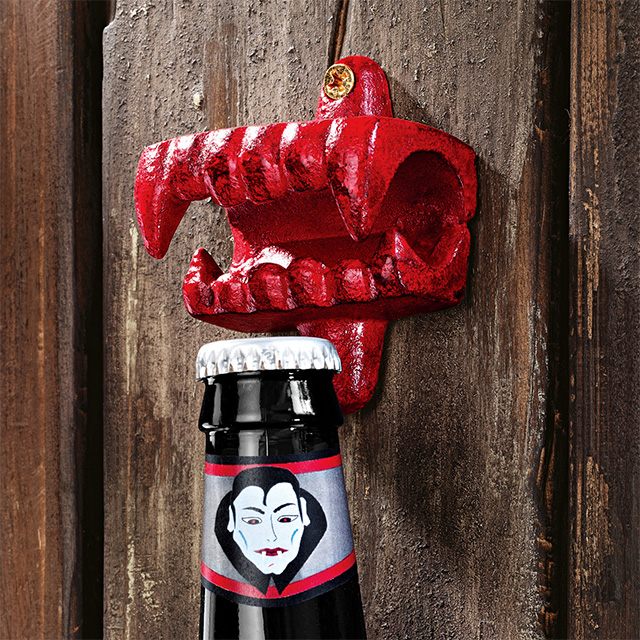 We’ve already touched on vampires a bit with the Baracula thing but they’re worth bringing up again.

The vampire has existed for thousands of years and the one thing everyone thinks about when they think of vampires is thirst. There is no thirst like the thirst of a vampire. You could say all that a vampire is is their thirst.

So a bottle opener built to looks like vampire fangs makes a lot of sense, doesn’t it? 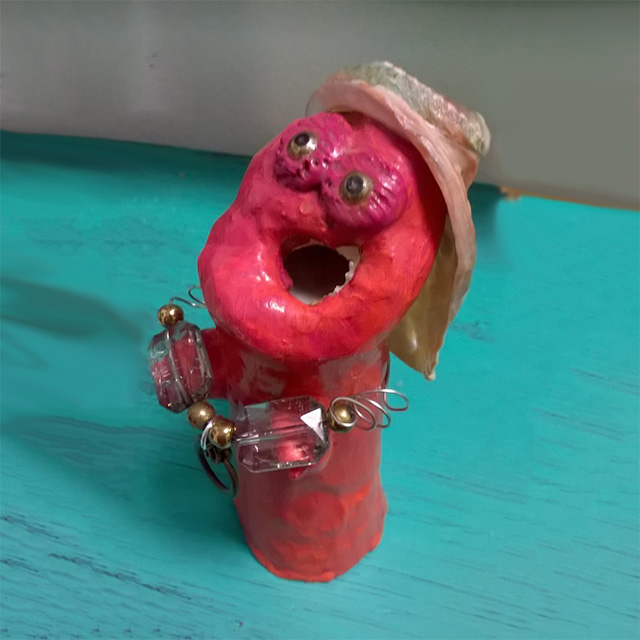 So, back there when we were talking about monsters just being any sort of being that humans can’t understand.

Well that’s what this is.

Some Amazon seller makes these out of seashells and other random stuff.

It’s terrifying. We have no more information for you about it and we’re sorry if you have nightmares tonight.