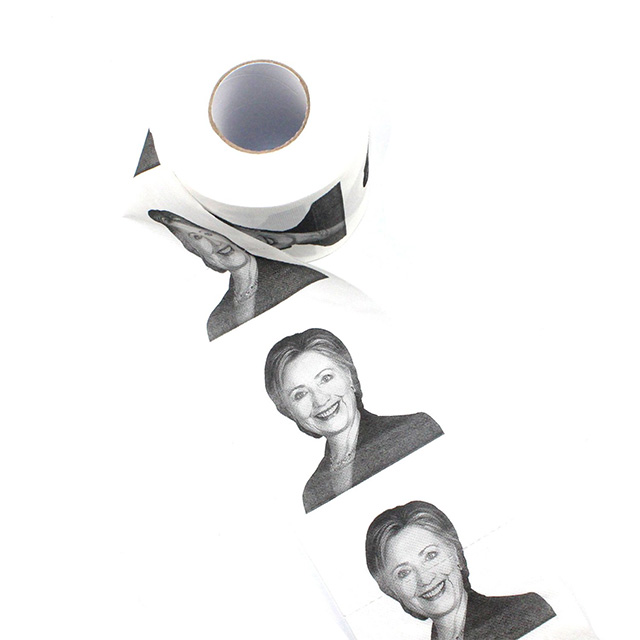 Hillary Clinton seems to be on everyone’s shit list in 2016, so it was really only a matter of time before someone went and put her face on toilet paper. That time is now!

We try to stay out of politics at drunkMall but ignoring this year’s U.S. elections would just be weird at this point. It’s everywhere. You can’t even use Facebook anymore without seeing all your friends yelling at each other over who’s more racist and sexist than who. It’s a learning experience, to say the least.

It’s a historic election, though. We may end up with our first female president and that sure would be something. But we’ve already broke through some barriers by each of the two major parties’ presumptive nominees polling at record low numbers. This isn’t a choice between who we’d rather have as president. It’s a choice between which candidate we hate more than the other one.

Yeah, it’s a big old shit sandwich, boys and girls. And it’s gonna be an even bigger mess when it comes out the other end. You might want to stock up on this toilet paper before Donald Trump and Hillary Clinton start debating each other because that’s when this whole thing is going to get insane.