drunkMall is a humor website and, let’s be honest, there is an unprecedented level of comedy in the 2016 American Presidential Election. Like, if you haven’t been watching the GOP Debates, you’re missing some of the best television of the decade. It’s better than professional wrestling.

The media is telling us that March 1 (a.k.a. “Super Tuesday”) will virtually decide the nominee from each party. If you believe that, you haven’t been paying attention. We’ll save the political analysis for the pros and get to the rest of the post but here’s a reminder that we aren’t under any obligation to remain neutral. Our list of products and commentary will be biased because we’re actual human beings with our own opinions and that’s just the way it is.

Here are ten of our favorite funny products for fans of political humor and/or owning products that may or may not become rendered irrelevant by history. (Ayatollah Asshole-ah shirt, anyone?) First on the list is a reminder that whoever gets voted into the Oval Office isn’t going to change that much about your day-to-day life. You’ll still go to work. You’ll still drink (and smoke legal weed, if Bernie has anything to say about it). And you’ll still get laid.

Use protection! Ted Cruz wants to outlaw abortion, after all… On the other hand, the person who gets sworn into Office in 2016 will have every aspect of their daily life affected. Being the President of America has got to be one of the worst jobs ever. These socks will make a great gift for whoever gets the job.

Like, if you can set aside all of the money you get before and after from shady mega-corporations, book deals and speaking fees, it doesn’t pay all that well and everyone pretty much hates you – even the ones who voted for you! Just like those condoms at #1, that booze habit is another thing that ain’t gonna change with a new Commander-in-Chief. We already did Prohibition once, remember? It didn’t work out well.

Despite his robotic tendencies, Marco Rubio does seem to occasionally take in fluids through his mouth hole. This poster commemorates a mid-speech instance of this activity, while copying the style of those famous Obama posters. 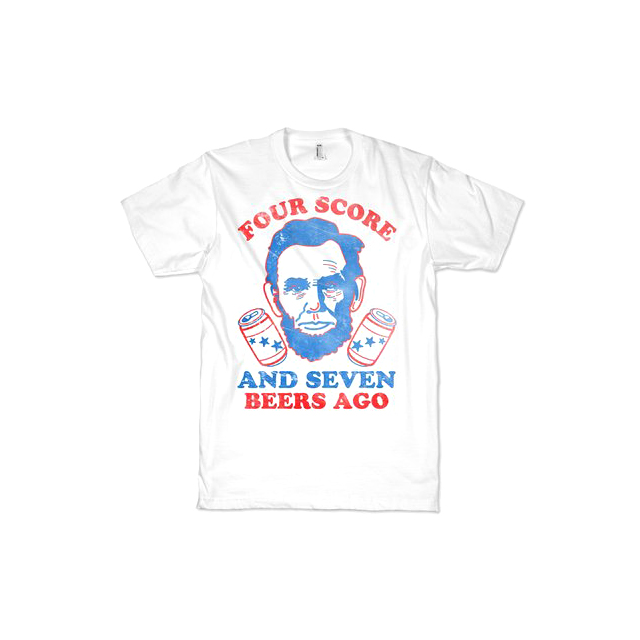 Choosing the right President never used to be such a fiasco for the American people. Imagine Abraham Lincoln running against any of the candidates today. Wouldn’t you vote for Honest Abe if you could? Bernie and Abe would probably have some different ideas on modern issues but if there’s one thing everyone would have to agree on about Senator Sanders it’s that the man does not tell lies. He’s been spitting the same game for over 40 years and there’s no question that he’ll have the same goals as President that he’s been pushing for this whole time.

Super Tuesday is going to be a good day for Hillary Clinton and the news will act like the race is over but don’t put out your flame for Bernie yet because most of the states after Tuesday are feeling the Bern, baby! Keep that dream bright with a “revolutionary” rosemary-mint scented candle.

For everyone who’d like to take a swing at Trump, here’s a piñata with a printout of his gigantic head on it. The DNC is doing everything in their power to get Hillary Clinton the nomination. (But a lot of people aren’t sure #WhichHillary is the real one, if any of them are.) One of the versions of Hillary being pushed on us is the strong woman who’s gonna bend her campaign contributors to her will, which explains why someone would go through the trouble of making this novelty nutcracker. And a lot of other people seem to think we should vote Hillary because she’s already been in The White House.

But if we’re voting for someone based on all the things that got done when Bill Clinton was President, shouldn’t we be voting for Monica Lewinsky? 38% of people in a recent Florida poll said they believe it’s possible that Ted Cruz was the Zodiac Killer. Can you believe that? Well, hang on, because get this: Ted Cruz hasn’t issued a formal statement denying this.

Now, we’re not saying Ted Cruz definitely is or was a serial killer but that’s pretty suspicious, if you ask us.

And again, no matter who becomes President, a significant percentage of America is for sure going to act like the world is ending in an apocalypse of fire.

This standalone fire pit is like that but on a much, much smaller scale. Stand around in the backyard with your friends and feed the flames.