Let’s get something straight, October 1st is the first day of Halloween Month.

Planning one costume to wear one time to one party and then waiting a whole year to do it again, that’s no way to go through life. There are so many people and things to be! Why choose only one per year?

Especially with all the costume parties happening this month!

So whether you love putting together individual pieces to build your own character or you’ve only got time to buy a pre-made costume, here are 16 ideas for Halloween 2017!

Oh, and if you just want that Pennywise sweater then scroll back to the top and hit the link in the picture. She had a small part but we all loved her while it lasted. (And there’s always gonna be a little hope they find a way to bring her back somehow. Stranger things have happened…)

Barb from Stranger Things is one of those characters some of you can assemble simply by going in your own closet. But if you can’t find that perfect shirt for the look, this is the officially licensed shirt to put the finishing touches on your Barb outfit! Just so you’re aware, there’s no question this will be the most seen costume this year. A new Stephen King movie is always gonna be the default option for the mainstream crowd. But that shouldn’t keep you clown crazy kiddos from doing your thing.

Now, you could go for realism and get a real shirt with yards of ruffles, sew red pom-pom balls on the front and all of that. Or you could go for comfort and grab this sweater with a high-res print of all that business. It’s a quick and easy top to a Pennywise costume, leaving you to focus on all the face makeup you’ll need to get it right. This skeleton bodysuit has cut-out sides and long-sleeve arms with bones down the side. It’s a one-stop solution for you sexy outfit, though you will have to find some leg bone leggings if you want that part of the look. There’s a lot you could do with this one. It’s just a simple piece we like.

Basically, it’s a thin ski mask with a creepy jack-o-lantern print that goes over your whole head to make it look like a pumpkin. You could throw it on and have that be the whole costume or you could go the whole back forty and make it part of a real legit scarecrow costume. 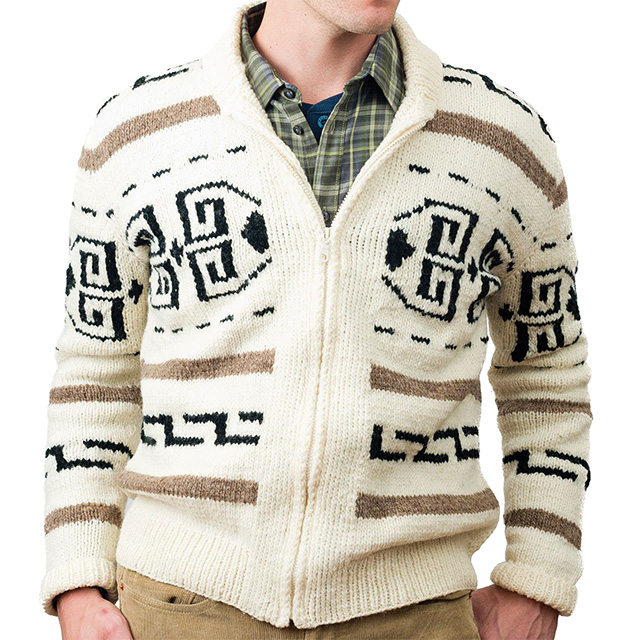 The Dude will aways abide.

The Big Lebowski is never going to stop being hilarious and Big Lebowski costumes will always be a hit at the party. They’re nice, too, because you don’t have to screw with putting makeup on your face. Just wear some clothes. But they gotta be the right clothes!

The other great thing about, say, a Jeffrey Lebowski costume, is that to pull it off you have to buy yourself one of these stylish, comfortable cardigans. That’s an expense that’s easy to justify, right? Everybody knows Halloween started as a pagan holiday – get in touch with your wild side!

This zebra bodysuit and hood combo come ready to wear. That’s everything you need to be a zebra all night – stripes, the head, a tail. Just get yourself some comfortable shoes and you’re set!

Bonus: the head adds to your height, making it easier for your friends to spot you in a crowd! It’s been a few years since Maleficent came out but she’s still one of the baddest bitches on the block. Instantly recognizable, too! None of that “who are you supposed to be?” stuff.

This Maleficent costume comes straight from Disney, so you know it’s the real deal – horns and everything! Morphsuits are a commitment. You should know that going in. Every inch of your body will be covered by fabric. The only way in and out of it is a zipper up the back. Yes, that means every time you have to go to the bathroom, you unzip and peel your body out of the top half, far enough to do your business. You’ll probably even have to get someone to help you zip back up, which should be easy to do at a party.

All of that being said, there’s no other way to get this effect. Look at this one. It looks like a half-mummified corpse with spiderwebs and spiders crawling all around inside its skeleton. It’s disgusting and it’s perfect! Yeah, we told you this is all about Halloween 2017.

It’s time to get topical, bitches! If you’re ever gonna do it then this is the year to wear a Salt Bae mask for Halloween. 2018’s sending a whole new arsenal of memes down the pipeline and there’s no guarantee that Salt Bae will stick around. This isn’t exactly like the dresses worn by the creepy twins in The Shining but it’s close enough that if you and a friend wear them together, along with the rest of the look, it’ll get you there.

Of course, even if you’re going solo, it’s still just a nice bloody dress. A great addition to whatever other tricks you’ve got planned! You’re guaranteed to see some Wednesday Addams girls running around… Probably even a Morticia and Gomez couple… But Cousin Itt’s the hardest one to do. You pretty much have to buy a Cousin Itt costume for it to look anywhere close to right. A lab coat, wig and adhesive unibrow – that’s all it takes to become the most popular cartoon character of 2017, Rick Sanchez!

This has been the year of Rick & Morty, no doubt. Get yourself some brown pants and a blue shirt because you know what time it is… Queen of the Andals?

Whatever you call her, we all know what show this is. There’s a decent chance we’ve already watched the last season that’s ending with her in… uh… her current state. If you like the classic Daenerys Targaryen look, you should probably grab the blue Daenerys dress and cloak here!

You’re on your own with finding some dragons… Man, this thing is terrifying…

This creature looks like something you’d see in an actual horror movie or professional haunted house. Don’t worry about the weight though, this oversized bat monster mask comes with arm attachments that lead to claws and a black robe to complete the whole thing. This is hands down the best one we’ve seen lately. You don’t have to buy a pre-packaged set to do it either. You could totally put in the time and throw a custom version of this idea together.

But if you don’t want to do that, this Bob Ross & Painting costume set is ready to go right out of the package. This one’s just as likely to bum everyone at the party out but if that’s what you want to do, hey, it’s your night.

The “handmaid” costume from The Handmaid’s Tale is here for everyone who’d rather spend their night talking about politics and social issues than get wasted in a sexy mouse outfit.

Remember, if you didn’t see something you like in this post then there’s WAY MORE stuff posted under the costumes tag on this site – check it out!