Anyone who tells you that you can’t win Christmas is wrong.

You can totally win that bitch and it all goes down in the main event: Dirty Santa!

Everyone has their own version of the rules. Some of you degenerates don’t even call it Dirty Santa. But the point of the game is always the same – turn Christmas into a vicious proving ground and see who stumbles their way out of the carnage a champion and who will wear the shame until next December of having cried in front of the entire extended family.

In order to play the game, you’ve got to pay the entry fee. That means showing up with a gift to put into the game. There are a lot of moves you could make right here but you should be aware that everyone hates you if you just go into a store and buy the first thing that costs however much the value of the gift has to be.

We suggest trying to bring a gift that not everyone will care about but at least one or two people will decide they must have as soon as it’s revealed. That way you get to watch the light go out of their eyes when it’s taken away from them.

Here are some suggestions.

Tap into the very bloodlust fueling the adrenaline in the room by unveiling a weapon made for another activity that lets people unleash a bit of violence: killing flies!

The Fly Sword is basically just a cutlass-style handle on a typical fly swatter design but you might be surprised how much more natural the grip feels when you’re in battle with an insect!

If you’re letting children play Dirty Santa with you then your family is either a bunch of lame ducks or a crew of total savages. But you don’t have to be a kid to enjoy the Moo Mixer drinking vessel.

Press that button on the handle and it activates a battery-operated paddle on the bottom of the cup. Yeah, they talk about using it to make chocolate milk but have you ever had a White Russian? They’re delicious. Also, there’s no rule against filling this thing with any other kind of cocktail you want and making sure it’s freshly stirred before each sip! Take whatever unkind words you have to say about Christmas music and shove them right back down your throat hole!

80s Wonderland is a compilation of 12 “Holiday Classics” performed by some absolute legends of the era. We’re talking RUN-DMC, Whitney Houston, Hall & Oates, New Kids on the Block and a member of The Eagles all on one compact disc, baby!

Whether you’re whipping up gourmet pies from scratch or just popping frozen grocery store pizzas into the oven, you’re gonna want to slice that thing up to at least pretend you aren’t the kind of person who eats an entire pizza by starting at one end and chewing until it’s gone.

Slice your pizzas with this two-wheeled slicer for twice the slicing action with every pass!

It’s designed like a bicycle and comes with a “kickstand” so you can even display it on the counter while not in use and possibly avoid that thing where you cut the shit out of your finger looking around in the kitchen gear drawer for stuff.

Much relax and very comfort with doge!

(While it’s highly improbable that you’re on this website and don’t know what doge is, it would almost be like winning the “under the rock” lottery if nobody in your family/friend circle freaks out over this meme related akita pillow. So even if you don’t know what this is, just trust us. It’s good.) Again, you’ve gotta know what this is and if you don’t, just go with us.

These electronic Chewbacca masks were all the rage after some totally average mom filmed herself screwing around with one. You saw the video. Everyone you know saw the video. It could be a little lame to give this as a legit present on Christmas Day but throwing it into a game of Dirty Santa? Serious question – why does being outside in cold weather make your nose forget to keep all your snot on the inside?

Whatever the reason, it’s a real problem.

The natural impulse is to wipe that winter mucus all over your sleeve but then you look like a fool coming back inside as a grown adult with frozen snot crusted all over your clothes.

So here’s what you do: wear Snittens!

Snittens (much like Shittens) are actual mittens designed with a little extra purpose in mind. Specifically, giving you a suitable place to wipe your nose when it’s cold outside, baby!

You might think it’s weird but it’s no- normal. It’s normal. Just as you want to bring a gift that one or two people will really want to win in a game of Dirty Santa, there also needs to be some gifts that people will be super bummed about ending up with at the end of it all.

Depending on who you are as a person, this ink pen that projects a Batman logo could be either one! 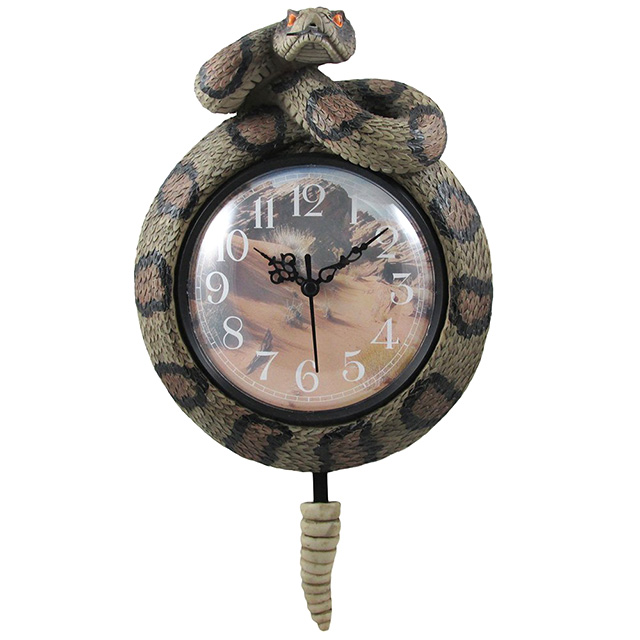 It’s entirely plausible that you’ve got an uncle who would love to own this Southwestern themed clock. The clock’s face is an image of a desert scene and the body looks like a vicious rattlesnake wrapped all the way around it. Naturally, the pendulum resembles the rattler of a rattlesnake’s tail.

And it’s also possible that you’ve got a sociopathic cousin who’s decided their only mission in this game of Dirty Santa is to take this clock away from that uncle who would have loved it.

Bringing food to Dirty Santa is a controversial act but all you’ve got to do is make sure to clearly state the rules at the beginning of the game (No eating food items until the game is totally over.) and sternly enforce those rules. (But not with a cattle prod. Never use a cattle prod on another person.)

The reason why you want to do this is because allowing food gifts means weird food gifts are allowed. And the thing about weird food gifts is that nobody knows what they taste like. This sampler pack of deep fried peanuts could be amazing. They really could.

But there’s no way to know until the game is over!