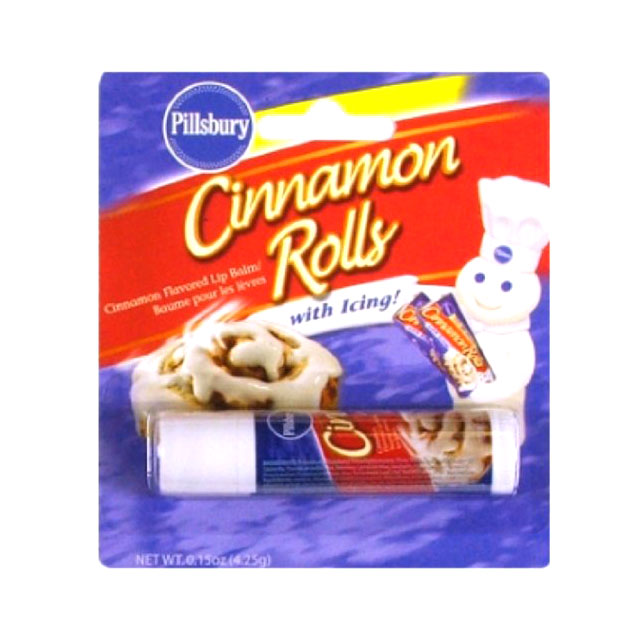 Cinnamon roll-flavored lip balm has got to be so good… We honestly try not to post a lot of the lip balms that get sent our way because we know how it is with lip balm people. We’re not pointing any fingers or anything but let’s just say it rhymes with “shmaddiction” and it can get real ugly, real fast.

Cinnamon roll anything, we’ll check it out. That Louis C.K. bit about how he knew he had a problem when he was getting Cinnabon at his final destination? That’s kid’s stuff. We once booked a flight to Winnipeg just because it had three layovers and there was a Cinnabon in each of the airports. Winnipeg is frozen sh*thole but those cinnamon rolls were amazing.

We should specify that this cinnamon roll-flavored lip balm is Pillsbury, not Cinnabon, but, really, as long as you come, what’s the difference how you get there?