Night owls have gotten a bad reputation throughout history.

But that’s horseshit because some of the smartest and most creative individuals who ever lived did a lot of that living well after the witching hour. Some famous examples include:

So the next time someone calls you “lazybones” or whatever, tell them they can stick it where the sunlight don’t shine. As it turns out, the argument that it’s not “natural” for humans to be nocturnal is not factually correct. While it’s true that many of us are hard-wired to rise and fall with the Sun, just as many seem to be factory made to run in the night.

It makes sense, if you think about it from an evolutionary angle. Someone had to stand guard against predators while everybody else slept, you know. Believe it or not, it’s also possible to consciously change your sleep cycle and become a creature of the night by choice.

Why would someone do this?

Think about how annoying people are…

Causing traffic, suddenly stopping in front of you when they were just walking at a perfectly reasonable pace a second ago, dragging their obnoxious children into your life, all that shit…

There’s so many of the fuckers, too!

But if you flip the switch and become one of the night people, a lot of that BS disappears. You’ll still need to get a full day’s sleep, first of all.

Easing into the transition is the way to do it, though. It’s a really bad idea to make such a big change to your routine in one sudden move. You’ll want to try and stay awake an hour or two later each night until you find that you’re naturally tired around when you want your new bedtime to be.

This little device is called Sense.

At bedtime, it plays sounds to help you go to sleep. There’s a wireless sensor that goes in the bed with you (look closely at the pillow in the photo) to track your sleep and wake you up when you’re in a light part of the sleep cycle. This should make the transition easier than just setting an alarm for the time you decide you need to be awake. Sleeping the day away sounds wonderful, doesn’t it?

It’s what you’ve wished you could do on so many early mornings. Just smash your phone into the corner of the nightstand, roll over, put the pillow over your head and get back to that awesome conversation you were having with Professor X.

The reality of trying to sleep through the day doesn’t live up to the fantasy.

It actually takes some work.

You’ll need all of the important people in your life to know not to bother you. You’ll need peace and quiet – earplugs are your friends. And, even though you’re trying to go against all social norms, you will still need a dark room to sleep.

Living in a windowless dungeon is an option. Sure.

Blackout curtains are going to be the answer for everyone else.

(Don’t do the aluminum foil in the windows thing. That’s a good way to freak out the neighbors.) That’s certainly the case for many shift workers.

Even people in relationships where one person works overnight and the other one doesn’t, they face a lot of problems with never seeing each other.

It doesn’t have to be that way. You just need to think outside the box a little bit.

For instance, have you ever considered dating a vampire?

They’re out there and if anyone will understand your new lifestyle, it’s a vampire!

What’s giving a little blood every now and then when it comes with companionship? You want to try and keep your daily routine as much as possible, while switching it over to a nightly routine.

Make your breakfast sandwiches in house with one of these top-rated gadgets. The sandwich basically assembles itself as you prepare each element!

If you live a “normal” daytime life, the location of the Sun in the sky is always there as a subtle reminder that time is passing. This is useful for some people but actually stressful for others. Focusing on how much time you have left to complete your daily duties can keep you from completing those duties, etc.

Night folk don’t really have this problem, on the other hand.

In fact, some say it’s easier to get in “the zone” and do more work, better and faster, when working through the night with no distractions. These are qualities that are highly sought after in the type of work done by freelancers, so if you didn’t get a medical degree to pull night shifts at a hospital and you don’t like the idea of being a security guard, you should probably read this book on how to be a freelancer. Music is a pretty necessary part of the day for most of us.

We listen to high energy songs when working or exercising, calming sounds to wind down before bed. It’s like a soundtrack to your life.

Ah, but blasting Pantera or Mariah Carey at 3am is a really good way to get a visit from the local police force! And that’s just worrying about the neighbors. If you live with other people who don’t keep it rocking all the way through every night, you should at least try to be courteous with the volume.

You won’t have to try very hard with these wireless headphones!

With Bluetooth connectivity and a built-in microphone, you can jam out and even take phone calls, hands-free and totally wireless! One of the main problems nocturnal people face is a Vitamin D deficiency.

In fact, even a huge percentage of day walkers are deficient in Vitamin D. We pretty much only get it from sun exposure and so many modern jobs involve sitting inside an office building all day. So you can imagine that it’s so much more important for people who aren’t even awake for most of the day to make sure they get their Vitamin D.

This lamp can help with that and it also may help you trick your body into going along with this crazy scheme of yours!

Also, remember that thing we said about getting into “the zone” being easier at night because the sun isn’t moving through the sky?

Hook this thing up and – boom – it’s kinda like you did that Zack Morris freeze frame thing and you get to do your work while the world’s on pause! 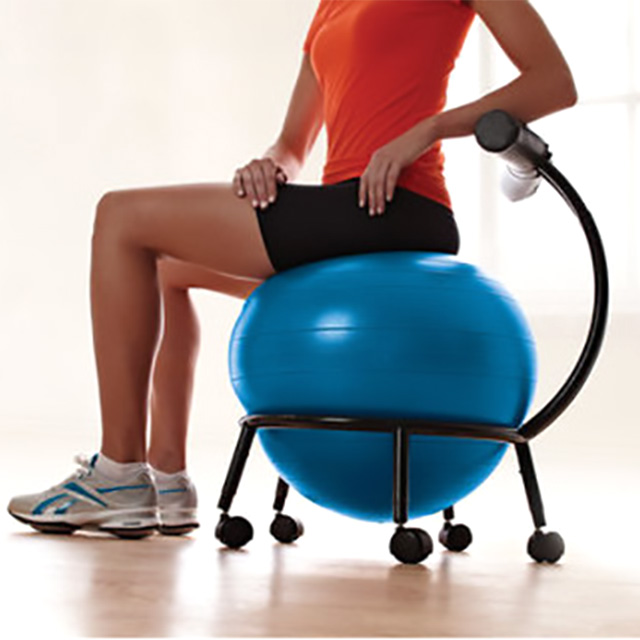 Becoming a denizen of the night is no excuse to let your physical health slip into a freefall.

24 hour gyms are now common in many places.

But you don’t even have to leave home to get in a good workout. Bo Jackson supposedly never did anything but bodyweight exercises and that dude was a specimen. Throwing an exercise ball into a routine of pushups, planks and crunches can kick things into a higher gear.

Bonus: this specific exercise ball comes with an attachment to turn it into one of those trendy office chair balls that’s supposed to be better for your back or whatever!

#9 Learn to Write in Japanese Didn’t have much luck on the vampire dating scene?

Well, that’s no reason to go entirely without human friendship.

Consider making friends with people on the other side of the planet!

They’re just going about their typical day on the side of the world where the sun is shining. They’re doing their thing – work, school or whatever – and you know they’ll be texting their friends over there all day, so what’s one more e-pal?

You could even use it as an excuse to learn another language!

Try Japanese. Tokyo seems like a fun place to visit some day and you’ll have a head start on the language if Cupid’s arrow strikes through cyberspace! No matter how committed you are to becoming nocturnal, chances are good that you will have to go out in the day time at some point. Like, government office buildings are usually not open at night, for example.

So, when you do you have to venture out into the harsh sunlight, you might not want to look like an actual corpse that’s been brought back to life. You also probably don’t want to look orange like Donald Trump, right?

So you’ll need a good self tanner, like this one!