Own your very own piece of Hollywood history!

As anyone who’s ever been to a Planet Hollywood knows, all those special costumes and theatrical props used in making a movie don’t just get thrown away when filming stops.

Sometimes the actors or crew will get to keep little tokens of their time spent making the film.

Sometimes the memorabilia ends up on display in novelty restaurants or casinos.

And sometimes, apparently, these collector’s items end up on Amazon, ripe for the taking by anyone with the credit limit necessary to acquire the bragging rights.

So, drunkMall does these themed gift guides every week. Usually the products are found on different websites all over the Internet. But this week we came across an Amazon seller who has all these great, authentic movie props for sale on Amazon.

We could have posted them one at a time but we figured, why not just do a deep dive of their full inventory and post the best stuff?

#1 Aldous Snow’s Passport (Get Him to The Greek) Russell Brand’s performance as the junkie rockstar Aldous Snow in Get Him to The Greek was undeniably great and hilarious, probably because Brand’s own life wasn’t too far removed from the character.

If you haven’t seen the movie, check it out for some laughs. The gist of it is that Jonah Hill has to bring this crazy asshole of lead singer to a big concert. For fans of the movie making process, Tropic Thunder is one of the funniest movies ever made. A crew of candyass actors get dropped off in the middle of a jungle, you know, to research a role.

Things don’t go according to plan.

Hilarity, mayhem and much destruction ensues.

By the end of the movie, Ben Stiller’s combat clothes are in pretty rough shape…

Here’s his entire getup, down to the headband and the makeshift armband! This is a post on movie props and the demon head prosthetic shown here is from a TV series but Buffy was a movie before it was a television show, so let it slide.

Whatever you think about Buffy, you can’t deny that they had a great budget and came up with some pretty sick effects for the time. This demon prosthetic was made for a character that didn’t even have a name! Unlike most of the other souvenirs in this post, there’s nothing larger-than-life about this one!

In The 40-Year-Old Virgin, Seth Rogen and all the other friends/co-workers of the main character work in shitty jobs at an electronics outlet store. This is his character’s name tag for that shitty job!

Look at that photo. You can see the crushed dreams in his eyes… With all the leather-bound books and rich mahogany furnishings in Anchorman, this trinket is just one of many fine collectibles one could hope to acquire from the Ron Burgundy universe.

In fact, there’s such a treasure of wealth surrounding Ron Burgundy, this KVWN award is just a background prop seen in the break room of the station!

But don’t let that stop you from buying award. You’ll love award. Almost as much as you love lamp. 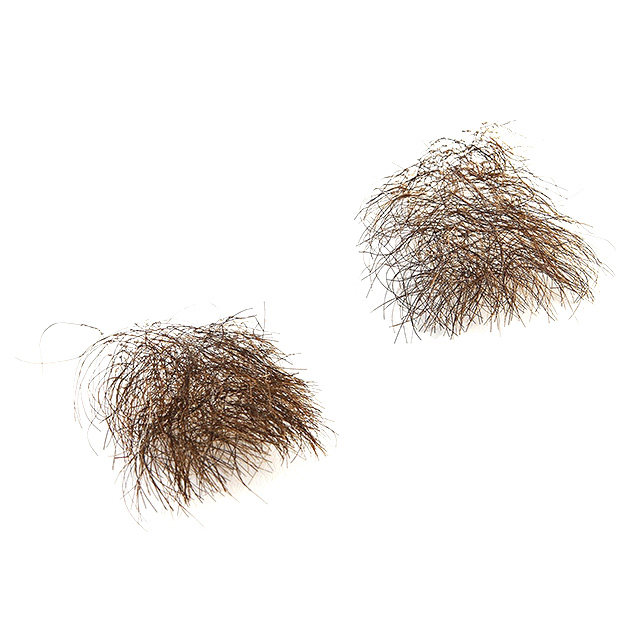 If your motives for purchasing collectible movie props is to own something that was close to your favorite celebrity, it doesn’t get much better than this…

These prosthetic sideburns were worn by Mike Myers in the glam/drug club movie, 54.

Like, literally, these things were on his freakin’ face! It doesn’t get any more central to the plot than this.

It’s the prosthetic cone head from the movie Coneheads!

Like, this thing is literally the name of the movie, man!

There’s no way to know which actor wore this specific cone but, come on, this is a piece of sci fi comedy history… Honestly, if life was fair then the band Steel Panther would have to honor this pass at their own concerts. But life isn’t fair, so you’ll only be guaranteed ownership of a super sick souvenir when purchasing this laminate. By Grabthar’s hammer, have you ever seen such a sweet set of sci-fi movie props?!?

Galaxy Quest is a total classic of the genre and these space-age doohickeys can be seen throughout the entire film. You’ve got your standard phaser and communication devices, as well as a couple of other gadgets – ready to help you on your next mission through the nebulas! 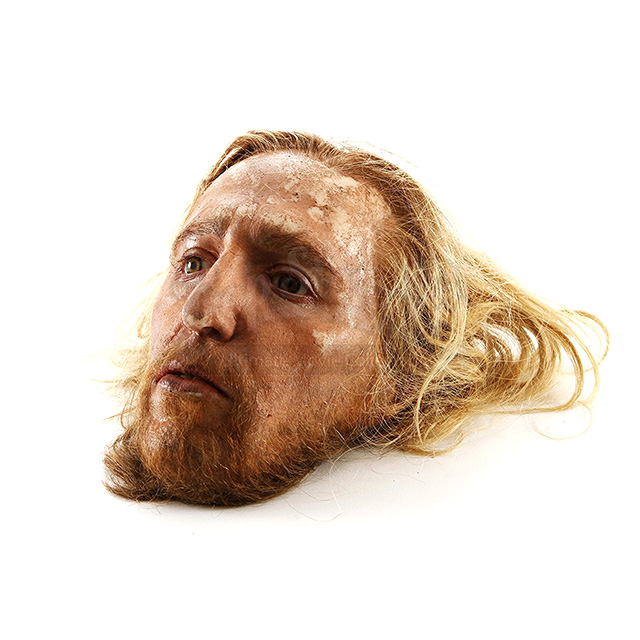 Okay, this is just amazing….

Costumes and prosthetics are one thing. But being able to purchase a replica of Sam Rockwell’s head that took who-knows-how-many-hours to create seems slightly ridiculous.

And yet, here it is!

All the way from the furthest reaches of the Universe, it’s Zaphod Beeblebrox’s troublesome second head!

And if that doesn’t do it for you, then you could also pick up Zaphod’s space disco button-up shirt. It’s super sweet, but you’ll look pretty silly wearing it unless you have a third arm…