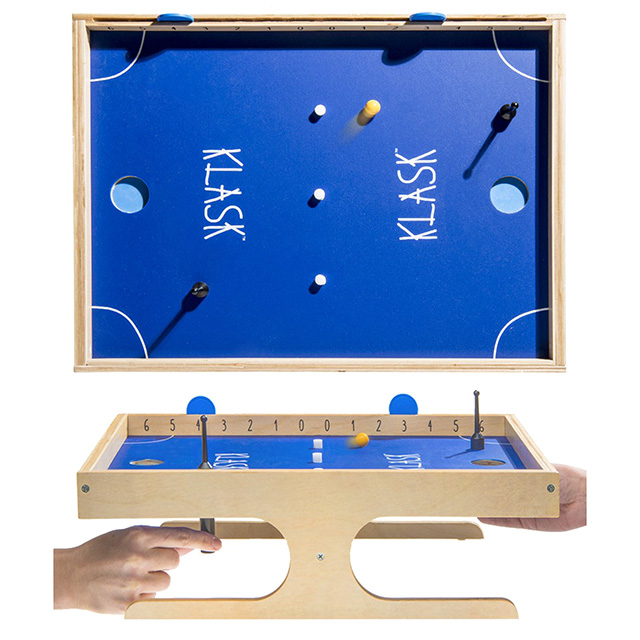 Here’s something for anyone who’s dropped serious coin in an air hockey arcade machine!

This table top game isn’t exactly like air hockey but it’s very close. Instead of air jets creating a cushion for the game puck to glide around, this thing just uses a ball. And rather than a handheld piece you use to smash the puck around, you control a similar object by moving a magnet around under the table.

Oh, and it’s also not a huge 300 pound thing. You know you don’t want to deal with an actual air hockey table in your house, so this is actually way more convenient and still super fun!

The entire setup is small enough to fit in a cabinet, so you can easily put it away when not in use, which will be never because it’s so much fun to play!