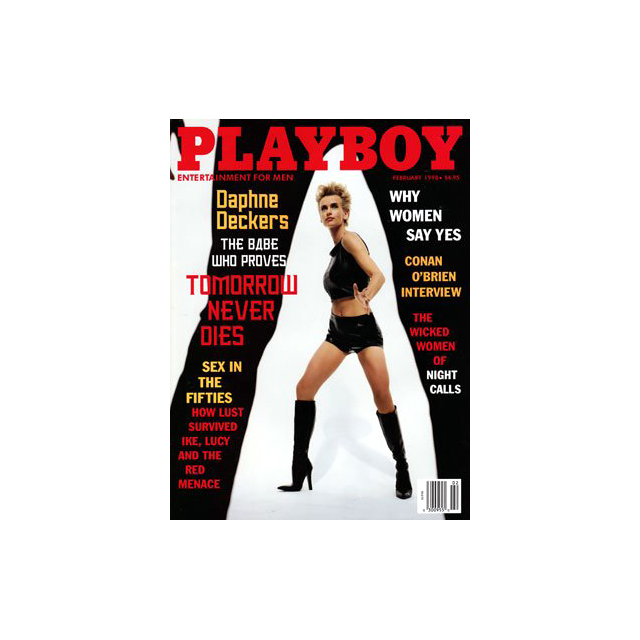 This is the Feb. 1998 issue of Playboy Magazine. There’s nothing special about it.

Except that it represents a point in time that is gone and will never return. A time when whoever the hell Daphne Decker is happened to be popular enough to warrant her presence on the cover of one of the most famous magazines ever printed. Also a time when that famous magazine had pictures of boobs in it because they’re apparently going to stop doing that.

Does Playboy know about the #FreeTheNipple movement? Maybe someone should show them Custom Tit Tees!

This would make a good present for someone born in February of 1998 because they’re turning 18 in three months. You can give them the gift of a glimpse back in time to what the world was like (and what it was “reading” in the bathroom) during the exact month they were born.

What a (used) treasure!