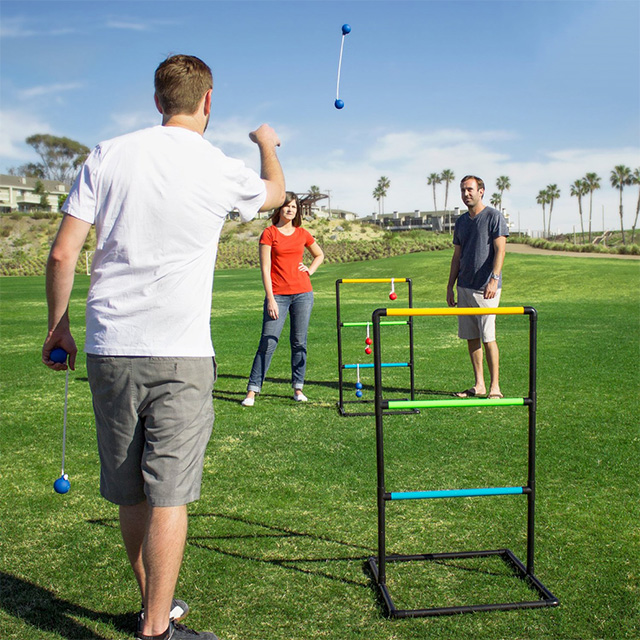 Good weather is all about having a few drinks with some friends and then playing some sort of game outdoors which requires some but very little physical effort.

Add this ladder toss game to the same category as horseshoes, croquet, cornhole and other chillaxing activities. (Chillax-tivities? Eh, write it down and we’ll work on it later.)

Based on the name, we’re guessing this game used to be played with actual ladders and, like, probably crabapples with a short piece of rope or something. You’re not pre-industrial revolution peasants, though, so you don’t have to mess with any of that.

The kit comes with two “ladders” which are really a series of horizontal bars, as well as your scoring projectiles, two balls connected by rope. Launch the projectile at the ladder and score according to which bar it wraps itself around!