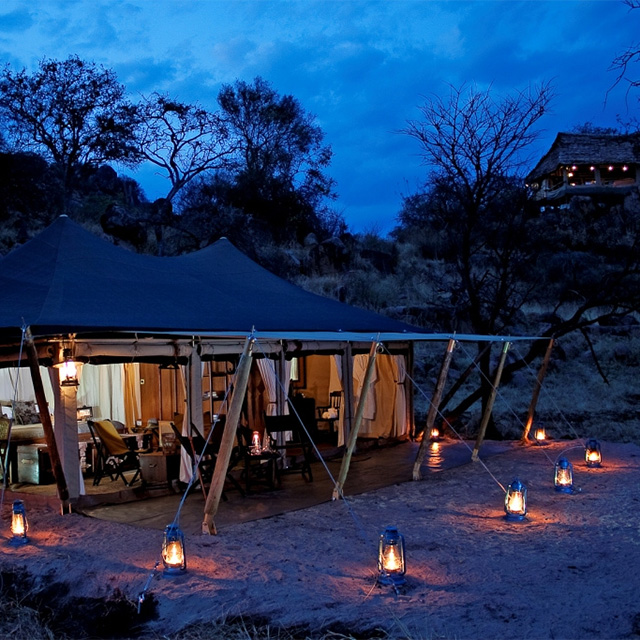 Everyone who likes camping already knows how to camp. This one is for everyone who is very much not in the “camping demographic” but understands that variety is the spice of a highly produced public persona used on social media to garner profit and/or attention.

Yeah, we’re talking to all you “lifestyle influencers” out there. The ones who send unsolicited direct messages to the drunkMall Instagram account asking if we’d like to “sponsor” a post to your “highly engaged audience” and blah blah blah.

We definitely the fuck do not want to do that.

But if you’re going glamping this summer (or at least spending 10 hours outside in order to take some pictures of yourself in nature) then we can help. We think camping sucks, too. Anyone looking for a guide to the essentials of a basic camping trip needs to look elsewhere.

This post is for everyone who wants to take as much of modern life with them into the woods as possible. We’re talking next level upgrades for people who hear the word “nature” and start feeling like they already have bugs crawling on them…

Scroll for the goods! 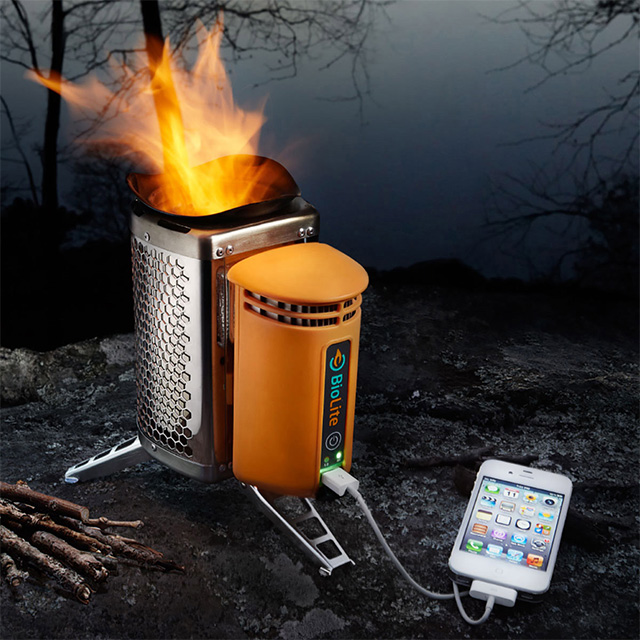 City folks can go entire years without being near an actual fire in person.

Out in the wild, you remember how big of a deal things like fire are. You need fire.

It’s warm. You can use it to heat up food as well as beverages. Plus, if you’ve packed this camping stove then you’ll be able to charge your phone as the generator converts the energy from the fire into electricity for your device.

Gather up some sticks and get burning! 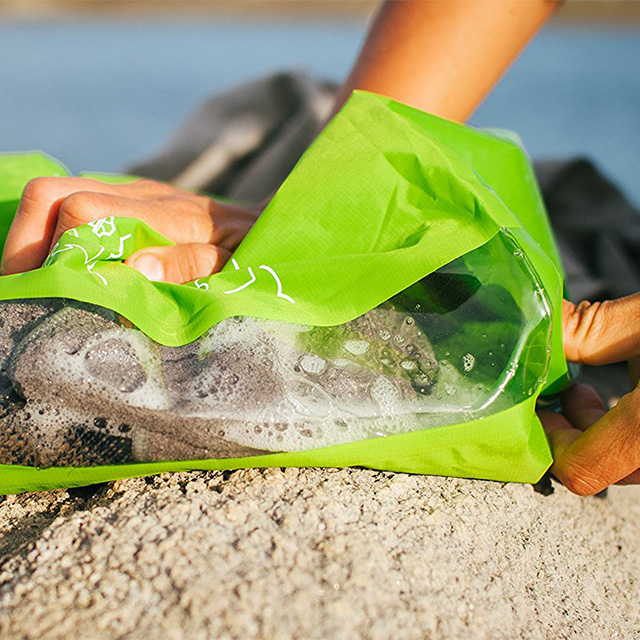 Say the whole reason you’re out in the woods is to get good pics of a new shirt from a clothing brand. It’s a two day shoot and you realize on the second day that all the shots from day one are unusable. Bonus, it’s hot and nasty, so the shirt you have to put back on for a whole day again is disgusting.

The solution is simple. Do your laundry in this bag. 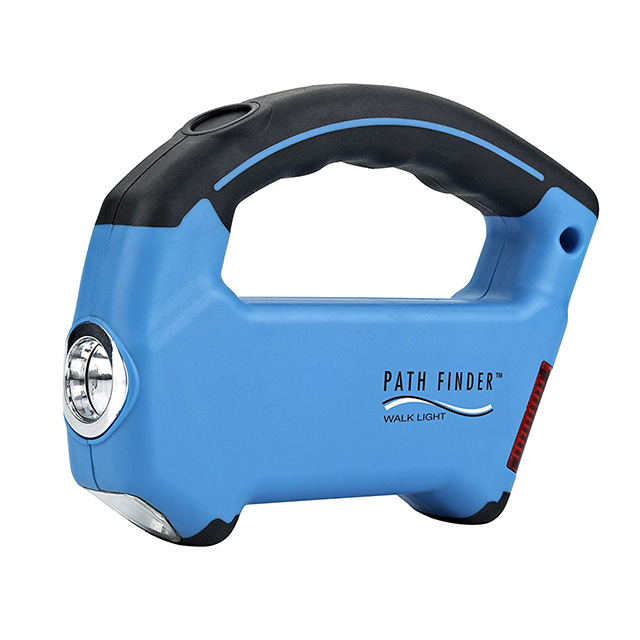 Yeah, every phone has a flashlight on it now but that’s your battery life. You need to conserve that. Plus there are way better tools for the job.

You don’t even need to be camping for this one. It’s a light made specifically for people on nighttime walks.

The top front light shines a light ahead of you, an angled light beneath that puts light at your feet so you don’t trip on something and there’s even a taillight on the back so people (or bike riders) coming up behind you see that there’s someone on the path. 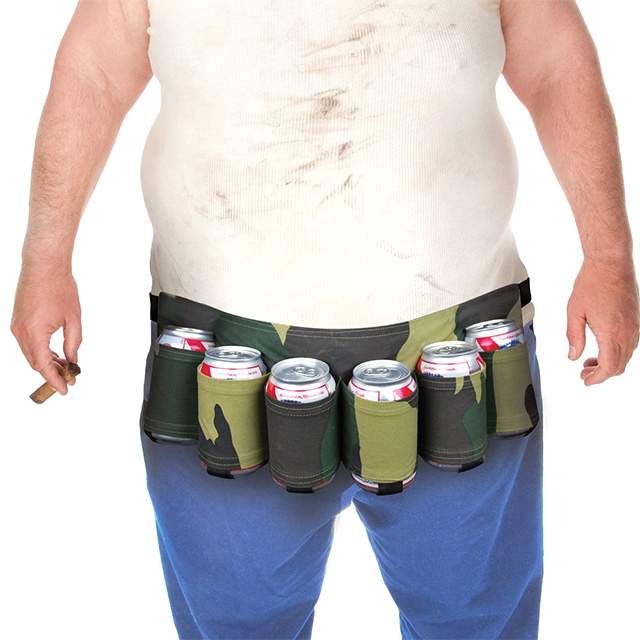 You can get all sorts of nasty stuff from drinking out of streams like a deer.

It looks super cute like a Disney cartoon but then you get a brain parasite and die, so don’t do it.

Bring your own beverages. Alcoholic ones. In a cooler.

Leave the cooler of iced down beverages at the campsite and feel free to roll out on local excursions with a loaded beer belt!

They’ve got other designs but the camo really fits the aesthetic. 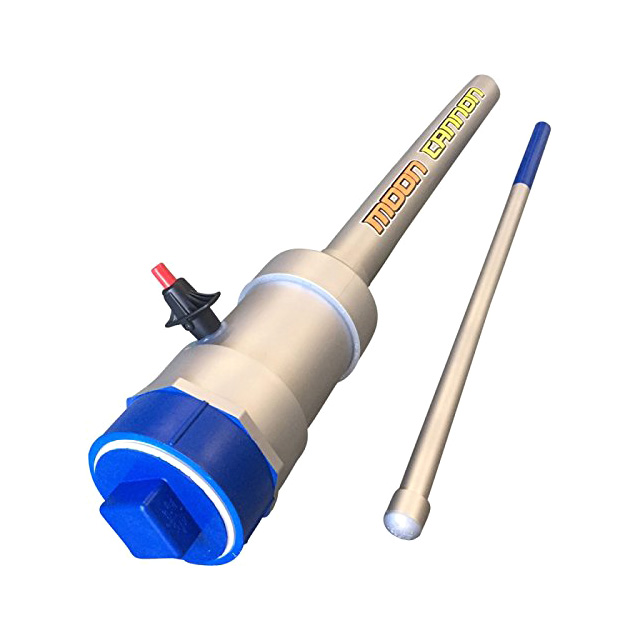 One of the best things about getting away from other people is the freedom to do really dumb, epic things.

It’s a primal urge. We’ve all got it.

See how you feel after firing off a few rounds from this rad potato cannon! 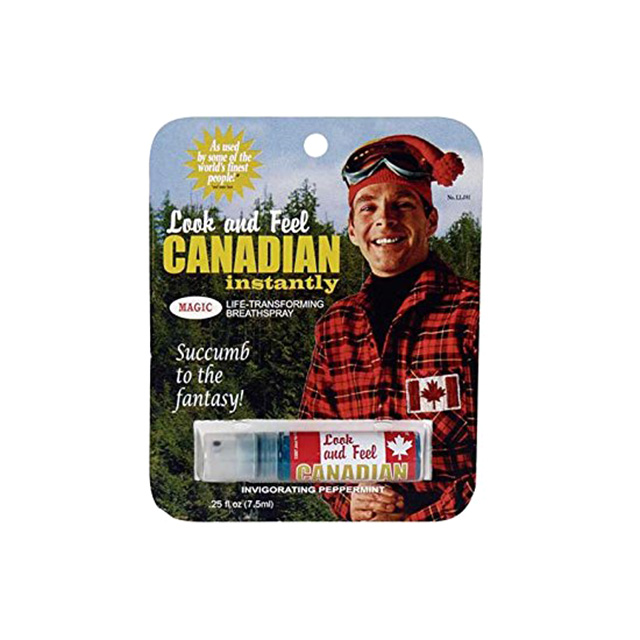 You know that thing Americans traveling overseas do where we lie and say we’re Canadian because the rest of the world thinks we’re stupid and/or insane?

It might not be a bad idea to do that in nature as well. You never know.

This peppermint breath spray has “look and feel Canadian instantly” right there on the package! 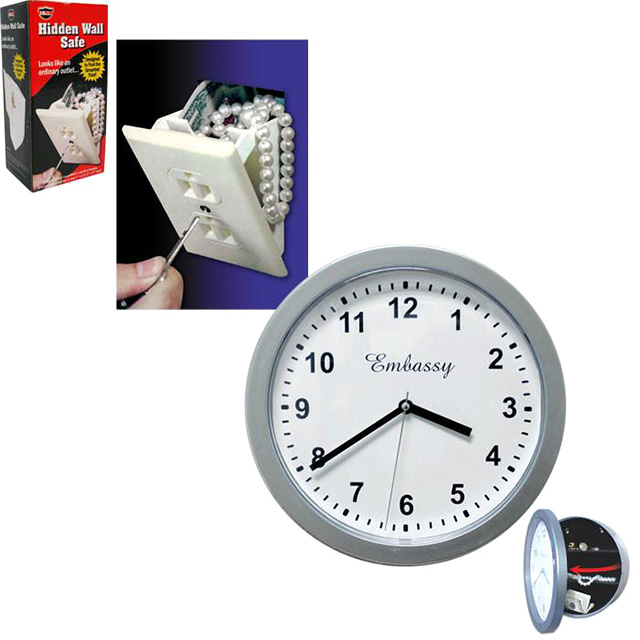 Okay, so here’s the thing.

A lot of home robberies happen when the resident is away on vacation. There have always been ways for criminals to figure out when a person isn’t coming back home for a while.

You know what the best way is to see when a person is on vacation?

When you check their social media accounts and see them posting every 45 minutes about how great a time they’re having 1500 miles away from home.

Hide your shit when you leave home. These secret safes are great for stashing valuables behind an electric socket or even behind a functioning clock! 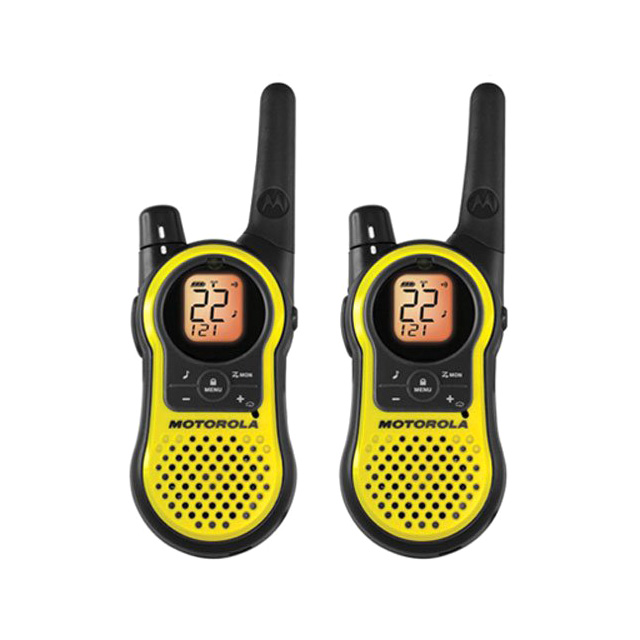 80% of horror movies that take place in the woods could have been avoided if the dumb teenagers had good walkie talkies with them.

These two-way radios have a range of over 20 miles and all sorts of channels and other stuff we don’t understand to help you stay in contact with your group. You can have zero bars on your phone and this will still work.

It comes with the charging base and everything you need to stay in touch. 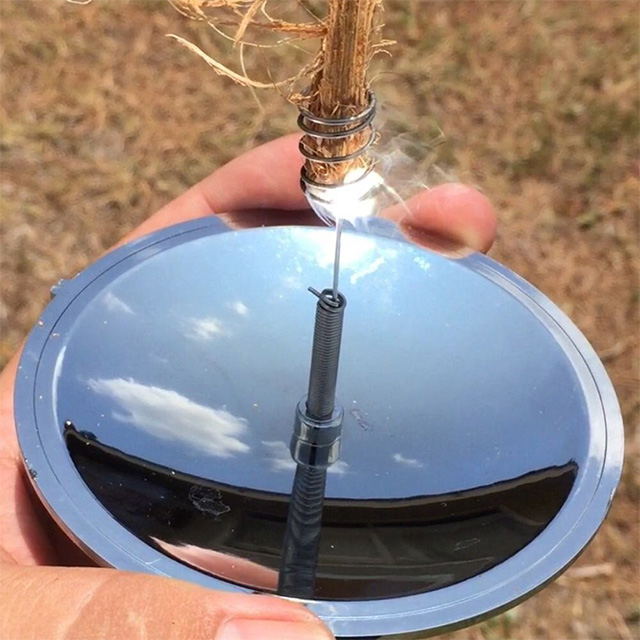 Someone in the crew needs to have cigars or blunts or something to smoke.

This lens uses the power of the sun to light your cigar! Think about the great video content. The algorithm loves video content!

All you need to worry about is making sure you properly extinguish your smoke when done. Only you can prevent forest fires. 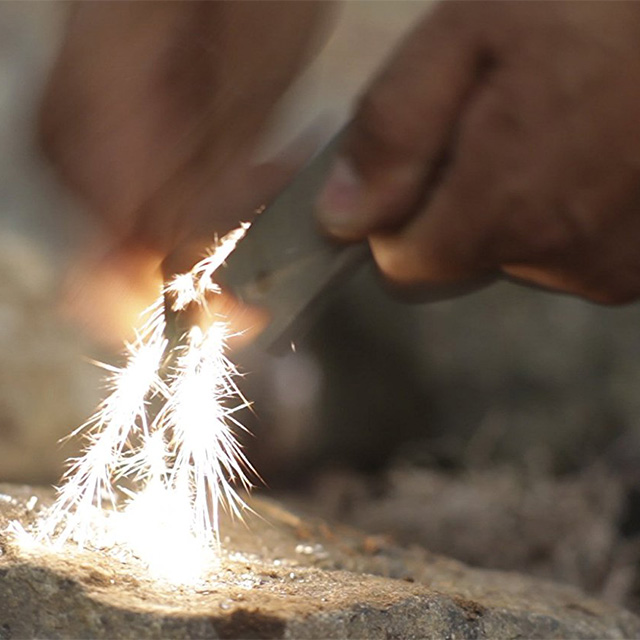 The sun isn’t always cooperative and you shouldn’t exclusively depend on it for essentials like fire.

This two piece kit lets you start a fire wherever you need! You shave some of the magnesium off into a little pile and then send in the sparks.

It’s good for hundreds of strikes!

(Again, don’t just start a fucking fire in the middle of the woods. Be safe. Take an ex-Eagle Scout with you or something.) 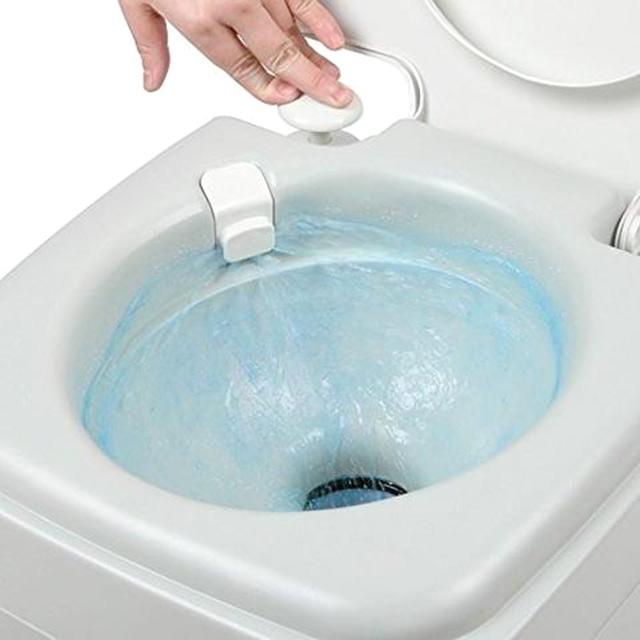 Nobody likes to shit outside.

And if you do, seriously stay away from us because that is so weird.

Probably the first thing people who hate camping think of when they think about camping is how extremely much they do not want to take a dump with the open sky over their heads.

This toilet makes nature a little more bearable. Highly portable, really flushes, doesn’t need to be hooked up to plumbing or anything extra. 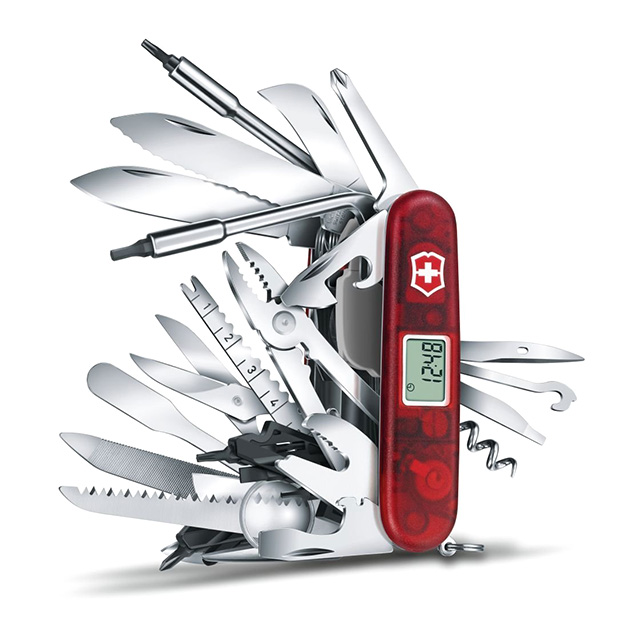 You could start a war with a third world country using this knife.

A normal Swiss Army knife has what, like, 10 functions?

This Swiss Army knife does over 80 things. It would take way too long to list them all so you can hit up the link for more details. 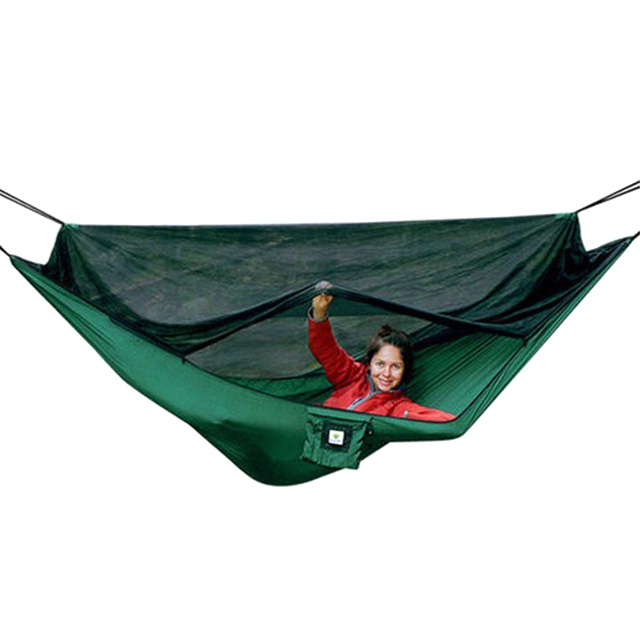 There are few things in life as obnoxious as being so comfortable you could fall asleep but there being some little thing that won’t let you actually doze off.

Say you’re chilling in a hammock and it’s all nice but you know as soon as you let yourself nap a bit then that’s when the spiders will come out. Right?

You don’t have to worry about that anymore because this hammock has a bug net on it! 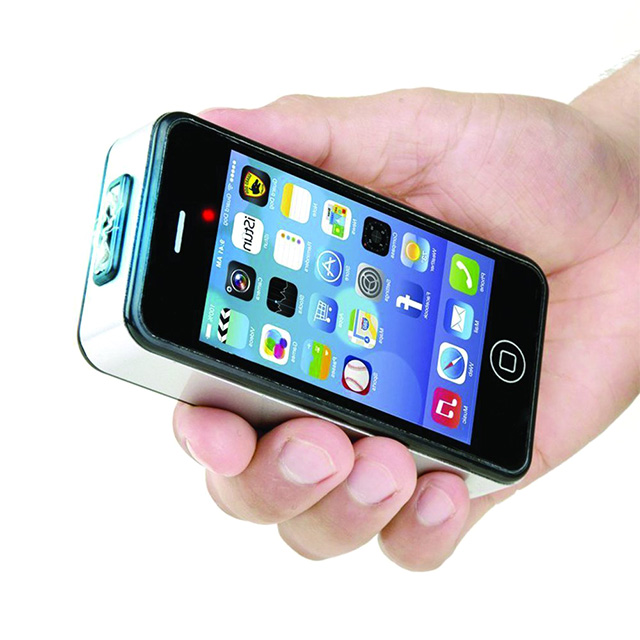 Self defense is all about preparation.

This stun gun looks a lot like a smartphone.

Take it with you. 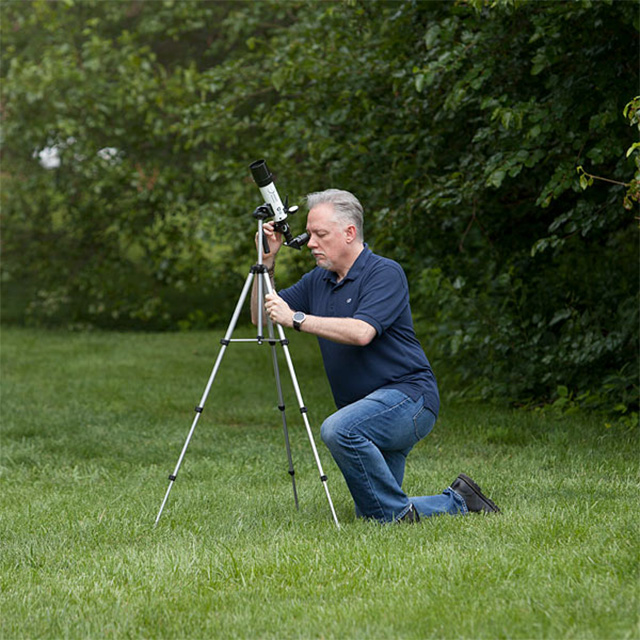 One cool thing about getting away from cities is how little light pollution there is.

If you get far enough out there then all you really have to do is look up to be amazed by the stars.

But having a telescope with you out in the middle of nowhere is even better!

Explore the cosmos with your very own eyes…