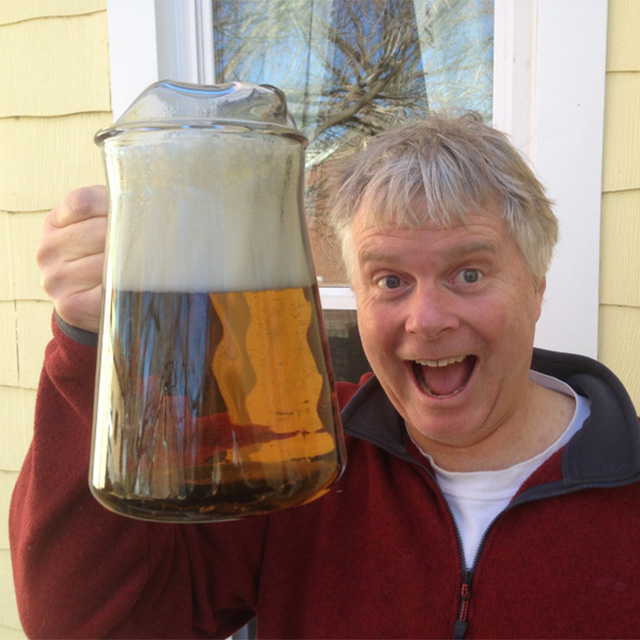 It can be difficult to shop for fathers.

The last thing they want is another tie. Yeah, dads love dumb jokes but you’d rather get them something they’ll actually like or use than another novelty gift that’s only good for a quick laugh.

drunkMall gets it. In fact, we get it so well that we recently went back through every item that’s ever been posted to this site and added the DAD STUFF tag to all the products that would be good gifts for the men who raised us, whether it’s Fathers Day or not!

For this year’s Fathers Day gift guide, we went back through all of those products and pulled out the very best ones. We also have a bunch of great items that have never before been featured on the site! 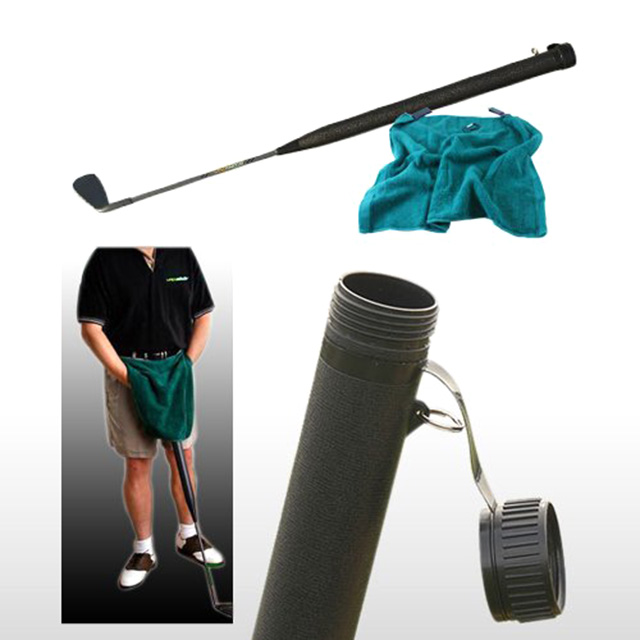 You’re out on the links and it’s been a couple of beers since the last hole with a bathroom and you probably aren’t gonna make it in time.

Well, a man could do his business in a sand trap and risk getting kicked out of his third private golf course in the last five years. Or a man could be prepared.

We’re all familiar with the concept of a piss jug, right? Usually employed on long road trips, it’s an empty container that serves as a bathroom (for number one purposes) in order to keep from having to make a pit stop.

Right. So this is pretty much a piss jug disguised as a golf club. It even comes with a towel for added discretion.

Sharing isn’t recommended. Tell your friends to get their own. Or maybe they should have raised better children and they’d already have one.

#2 Hanging Beer Magnets for the Fridge 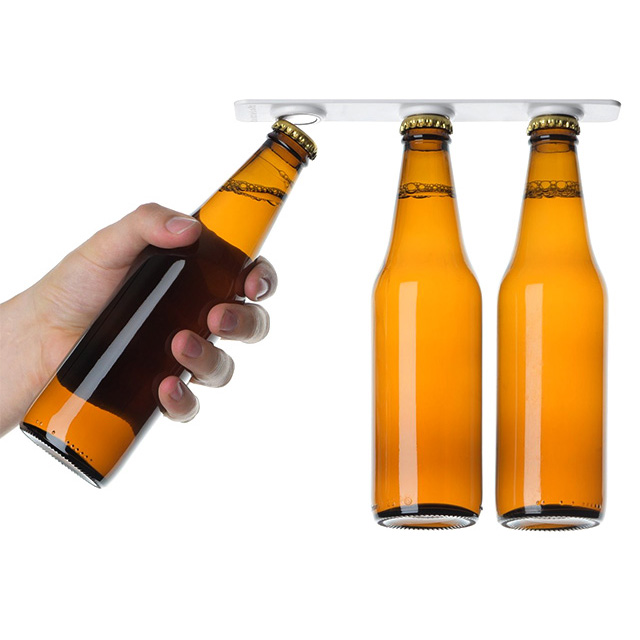 Having personal space that one can call their very own is so important to people. And it’s often that married men feel as though the house they live in pretty much belongs to their spouse. This is where the “man cave” phenomenon was born.

So it’s easy for marketers to play on that fantasy to sell products to those men.

But that’s not what this is.

Look at how strong that magnet is!

Clear up some space in the lower part of the fridge by hanging beers from the ceiling – it’s genius! 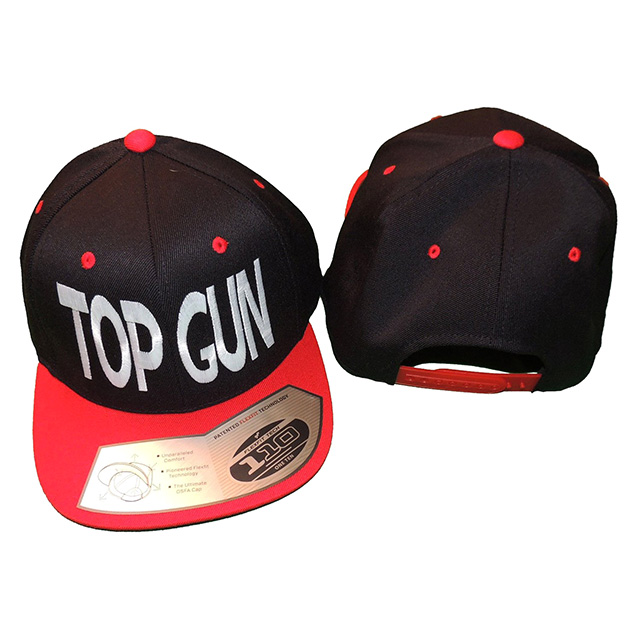 Every man likes to think he’s top gun in his own house.

Even if he’s not, it’s easier to let him have his fantasy. 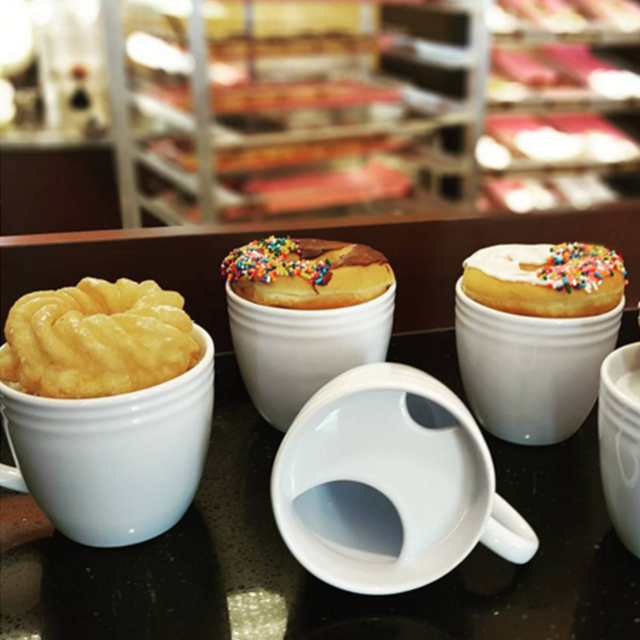 Starting the day with a cup of coffee and a warm pastry is the best.

The problem is that most people don’t live in a bakery, so by the time you get that doughnut or danish or cookie or whatever back home or to the office, well, it’s not all that warm anymore…

Ladies and gentlemen, welcome to the future.

Some brilliant human designed a mug with a built-in ceramic lid to trap the coffee’s warmth in the mug and also serve as a shelf to warm up a pastry placed on top! 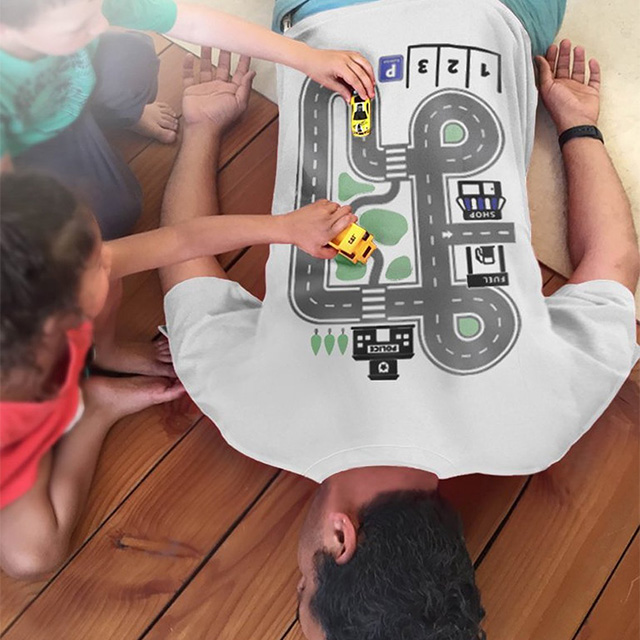 What do you get the man who has everything, including a toddler?

The one thing he needs most: a nap.

Now you could offer to watch his kids for an afternoon at your place while he chills at home but are you a crazy person? Do you have any idea what a toddler can do to your life? Look at your friend! His life is unadulterated chaos and the thing about chaos is that it infects everything it touches!

So, next best thing, then. Get him a shirt that becomes a toy when he lays down while wearing it. Hell, the kids’ll be begging him to take a nap! 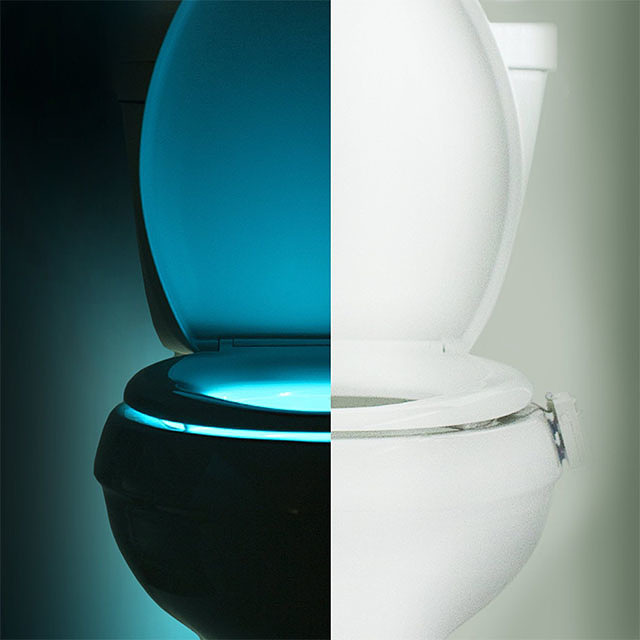 The older men get, the more they have to wake up in the middle of the night and go to the bathroom. It’s a simple fact of life.

Reduce “spillage” with this motion-activated night light that goes inside the toilet bowl. No other night light can possibly get this close to where the action is happening! 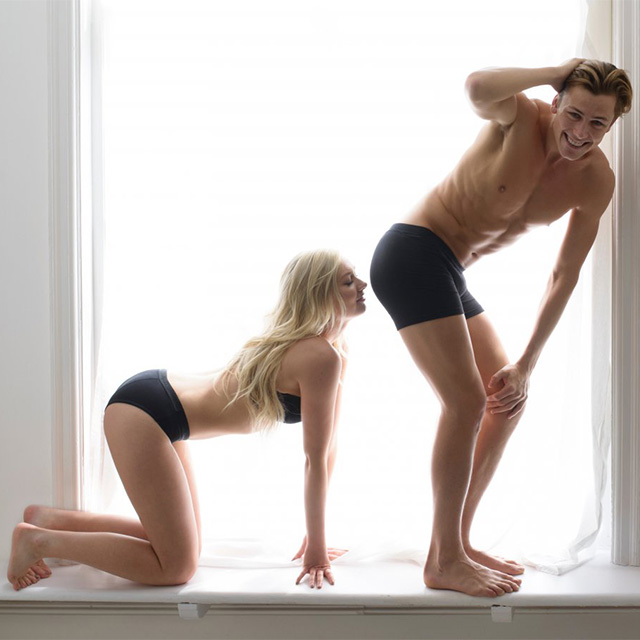 First things first, these underwear don’t do anything special to mitigate the sound of farts. Which, that’s fine because the sound of farting is one of life’s great pleasures. (Seriously, if you don’t think farts are hilarious, how are you this deep into a post on a site called drunkMall.com?)

When farts stop being funny is that moment when they hit your nose. Especially dad farts. It’s some potent combination of exhaustion, beer and disappointment brewed in the depths of Hell and birthed into this world through one man’s asshole. Ugh.

So what these underwear do is put a carbon filter (the same kind used in chemical warfare suits) right over the danger zone and it just absorbs all of those foul, foul odors.

The carbon pad is very discreet, for those still on the dating scene. 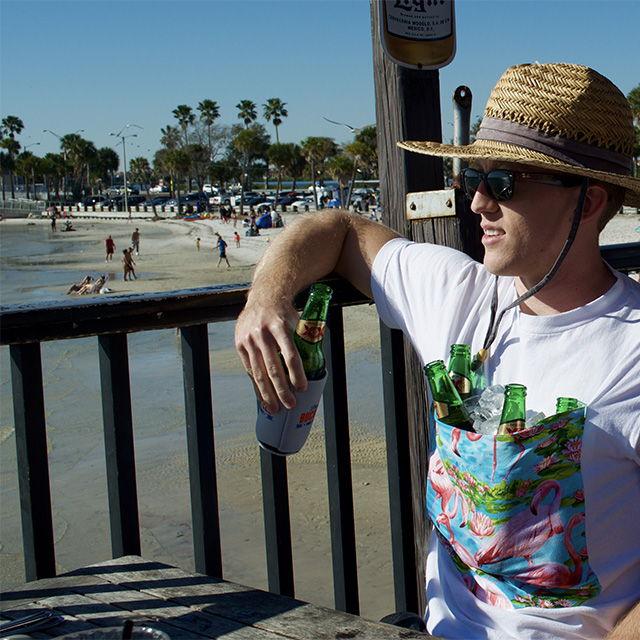 If it can’t fit in a pocket, then you don’t need it.

Truer words were never spoken, especially now that Bucket Tees is out there making t-shirts with gigantic pockets covering the entire front of the shirt!

Yes, you can pack that sucker full of ice and fit an entire six pack of beer in there.

Daddy’s got a poodle? Take that puppy on an adventure, marsupial style! 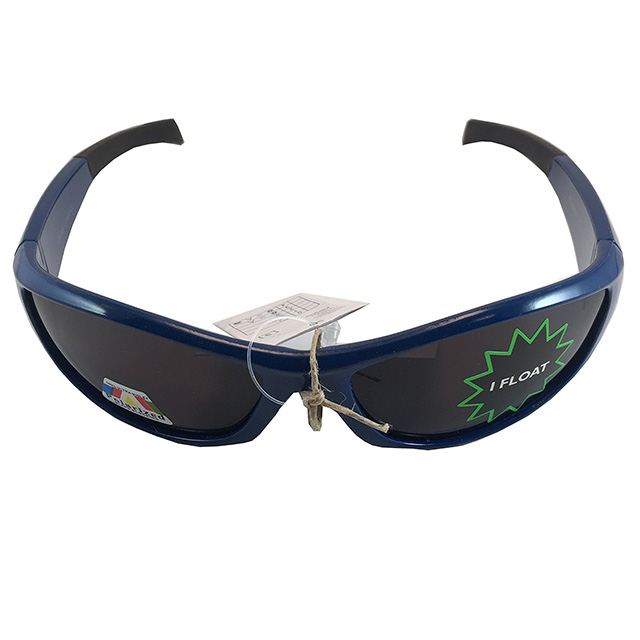 Men of all ages love to spend time on the water. Something about a day spent at the swimming pool, lake or even the ocean just sounds like perfection. And the older you get, the stronger that need becomes for fun (or more like relaxing) days.

One thing that isn’t fun or relaxing is losing your favorite pair of polarized sunglasses. But if you’ve got a pair that floats then that won’t be a problem! 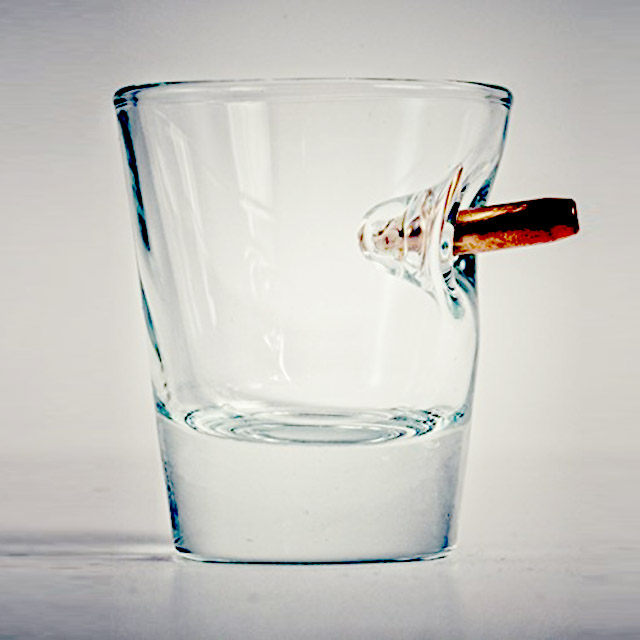 Dads and guns are a match made in America!

The next time your Second Amendment-loving father comes home from the shooting range, he’ll be able to unwind with a shot of his favorite liquor in a shot glass customized with a real bullet.

We showed these glasses to The Huffington Post and they loved ’em so much they had to feature the product in their Fathers Day Weird Gift Guide! (We borrowed a couple items on this list from their guide, too. But their list has like 30 items, so check it out if you need more ideas!)

These shot glasses (and real bullet drinking glasses of other sizes) are handmade by Ben Shot USA and sold through Amazon.

That’s it for this year!

If you didn’t find a perfect gift for Pops in this post, don’t worry. There’s still every single item we’ve ever posted to drunkMall with the tag DAD STUFF – so browse those items before you call off the search.