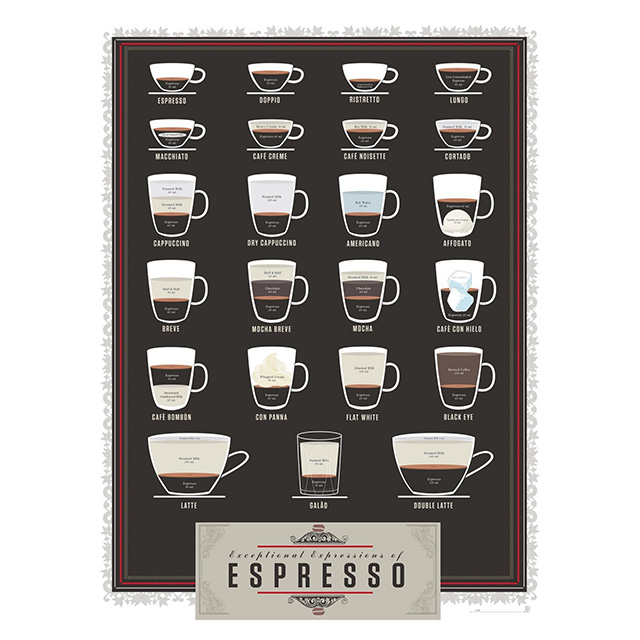 So much coffee, so little time!

Did you know a typical coffee tree only produces 2 pounds of coffee beans a year? That means it takes 16 trees to produce enough beans for the average* American’s coffee habit.

Seems like coffee would be treated as more of a special thing instead of, like, “you can literally buy this stuff everywhere.” Maybe it should be treated that way, by you, from now on. Maybe coffee is an art form, like sushi!

This amazing espresso poster shows some respect for one of the most common addictions on the planet. Various coffee recipes are depicted with the precision often shown for much more common things like alcoholic cocktails.

*That word “average” is a tricky little word, too…

The thing about the average American is that you’re not it. Half of you reading this drink less coffee than this theoretical average American and the other half drinks more – some of you drink WAY more coffee. You’re the ones who really should have this poster.