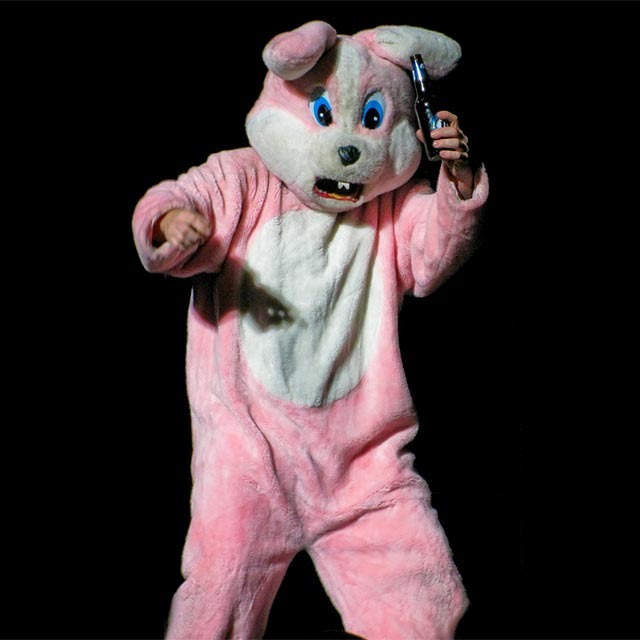 For some people it’s the one day of the year you have to go to church. For other people it’s just another holiday that someone was stupid enough to decide should be on the weekend and now we don’t even get to miss a day of work for it…

Here’s your very first official drunkMall Easter Gift Guide. Have at it! 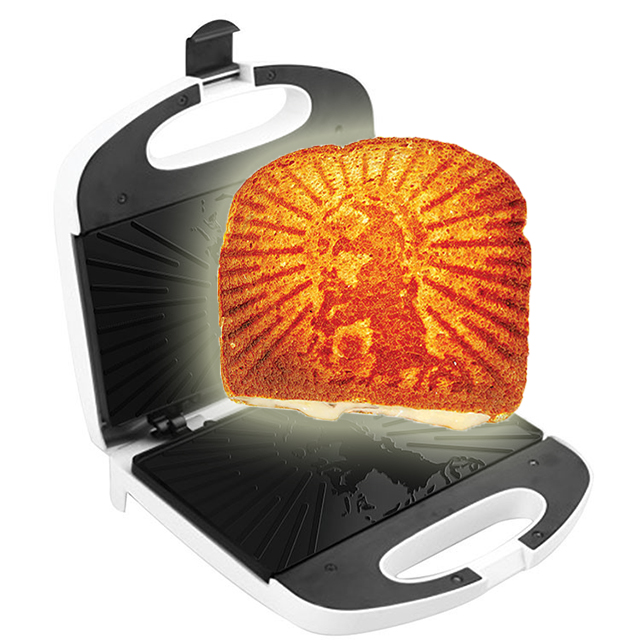 Easter is all about the big guy in the sky, everybody’s main hang in the afterlife, the original zombie: Jesus Christ! Yeah, Christmas is technically supposed to be his “birthday” but there’s way too many other things going on to really say it’s his day.

The Grilled Cheesus is an excellent sandwich press and it warms the radiant face of Jesus into both sides of every deli-cious masterpiece. Don’t think this dude is only good at grilled cheese either. As long as you aren’t stacking the ingredients real high, you can kick out all sorts of menu favorites. We do reubens on ours. 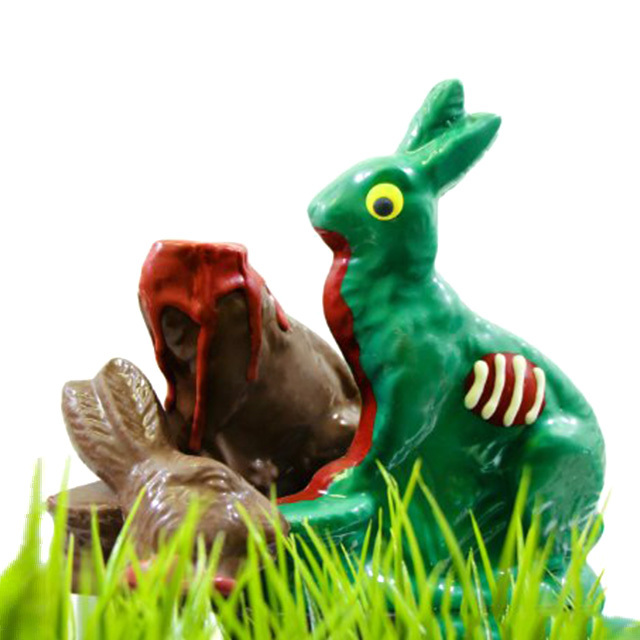 If The Walking Dead stays as popular as it is for a few more seasons, we’ll probably stop screwing around and change the name of Easter to Zombie Day. It would be way less confusing than trying to explain why Jesus and rabbits and eggs and chocolate are all a part of the same holiday and it pretty much gets the job done, right?

Here we have a 7.5 ounce zombie bunny (zombunny?) made of white chocolate. The victim bunny shown in the photograph isn’t included but if you read the reviews on Amazon you’ll see that these undead rabbits have a habit of making victims as soon as the box is opened. 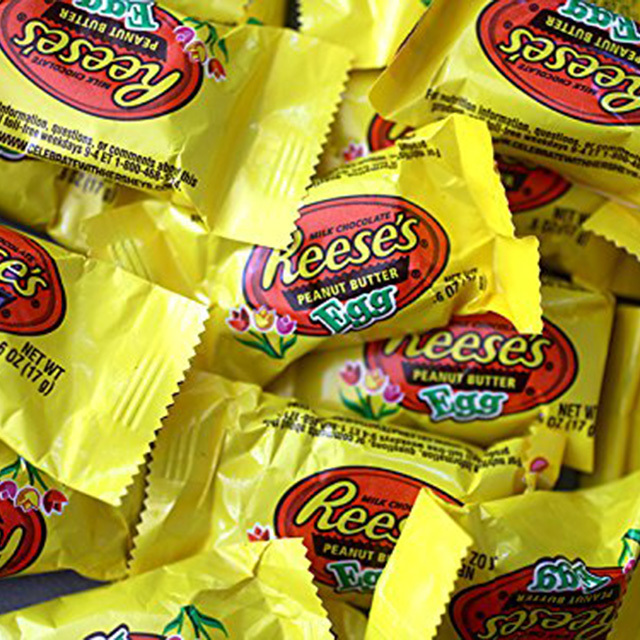 And continuing the tradition of this religious holiday making zero sense whatsoever, we now arrive at easter eggs. For some ridiculous reason, zombie Jesus likes it when magical bunnies bring eggs into suburban America and hide them all over the place for children to find!

Here’s what we do know: Reese’s Peanut Butter Eggs are better than the Peanut Butter Cups by like a million. It’s not even a fair contest. The ratio of chocolate to peanut butter in the eggs is so much better and no one enjoys the ridged outside of the cups. You’ve gotta stock up on the eggs while you can – order three pounds of them right here. 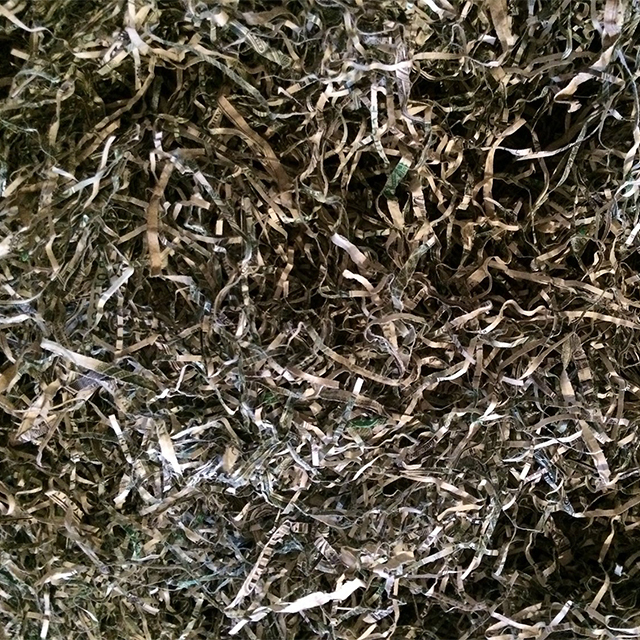 Don’t forget about the baskets!

The children hunting for Easter eggs need baskets to carry their goods. Those baskets will need some padding, too, because… Well, just because. Most people use this weird fake grass for cushioning the gift baskets but that stuff is boring and probably not biodegradable.

Did you know you can order bags of genuine U.S. currency that’s been shredded for just such an occasion? Rake it in!

This candle undergoes a resurrection of its own. Normal use melts the wax, which drips down into the reservoir and forms a whole new candle around a new wick. Like coming back from the dead!

This item isn’t actually available for purchase yet but these photos are of a working prototype, so look for it to hit the market eventually. 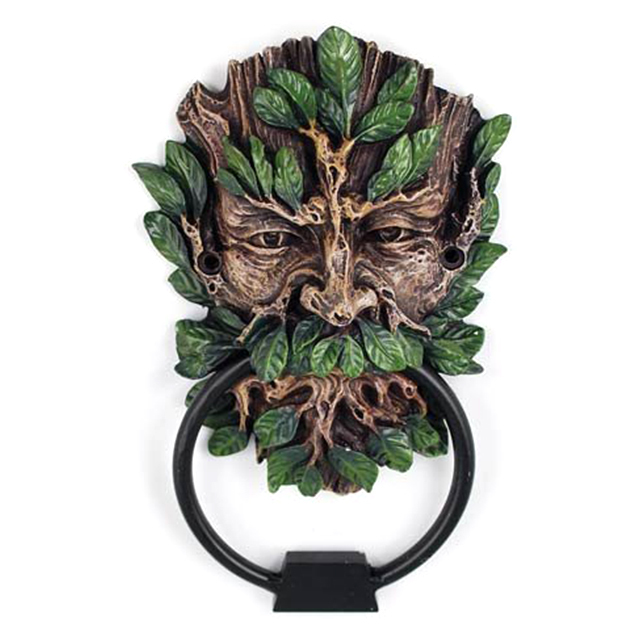 The Green Man is thousands of years old – older than JC, even. A pagan figure, continuing the tradition of such mythological figures as Bacchus and Dionysus, The Green Man is a symbol of the renewal that comes with Spring.

Technically, St. Patrick’s Day is regarded as a modern celebration of The Green Man but the pagan roots of Easter also fit the theme. You don’t have to explain all of this to your houseguests if you decided to install this door knocker on your front door. They don’t care.

Speaking of pagan stuff, here’s a raunchier take on Easter huevos for ya!

Nothing says “fertility” like a plate of eggs over easy in the shape of a set of cock and balls. Serve up a a dish full of dick to your guests with this easy-to-use cooking mold. 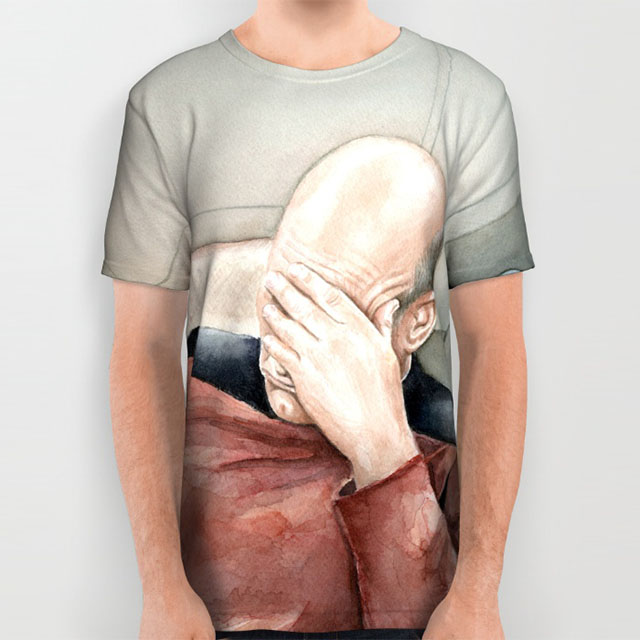 Palm Sunday is a week before Easter. Nobody knows why and everyone who does know why bores the shit of everybody who doesn’t know why. We’d rather call it Facepalm Sunday, in honor of one of the best memes.

If that isn’t enough of a reason to have this shirt on our Easter Gift Guide, Capt. Picard’s bald head kind of resembles an egg. So there. 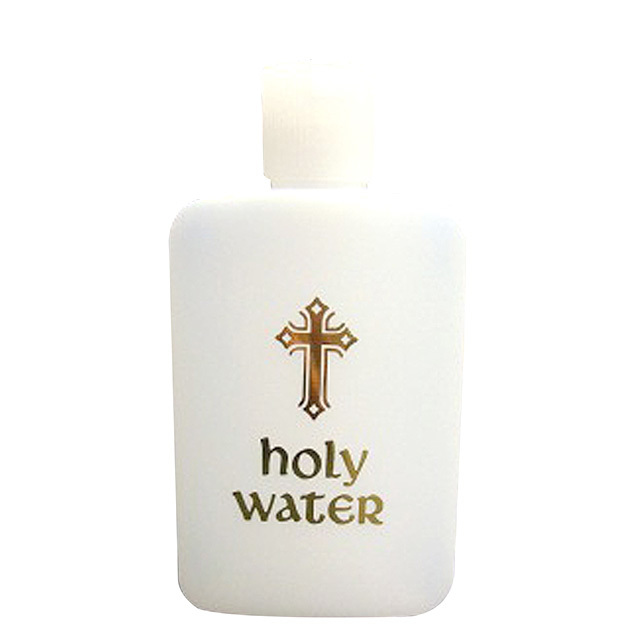 You don’t have to be a priest or a vampire hunter to get your hands on some holy water. Just order one of these water bottles and you’re well on the way to casting out demons or casting out your cares, depending on how you define “holy water” and what you decide to put in the bottle… 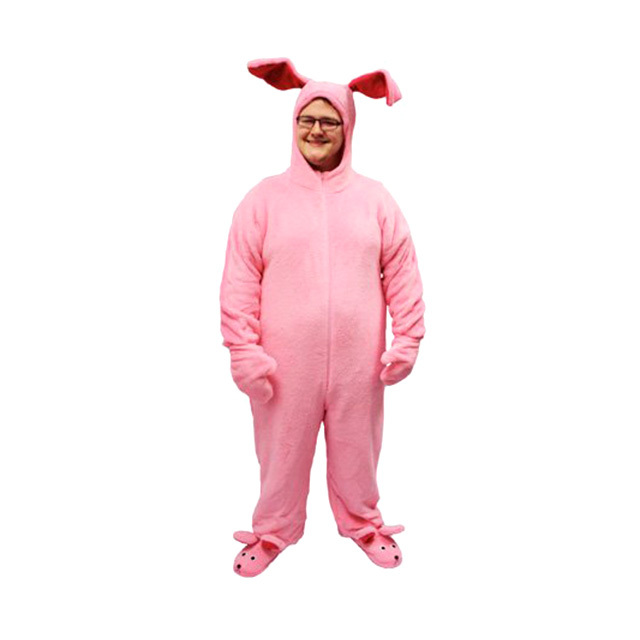 Careful not to take too many swigs of that holy water or dragging Aunt Clara’s pink bunny suit out of the closet might start to seem like a good idea.

Giving someone a pink rabbit costume for Christmas never made any sense to us but we’ve been sippin’ on this holy water for a while and writing about zombies and eggs and Jesus and bunnies and, well… There’s a weird sort of logic there…