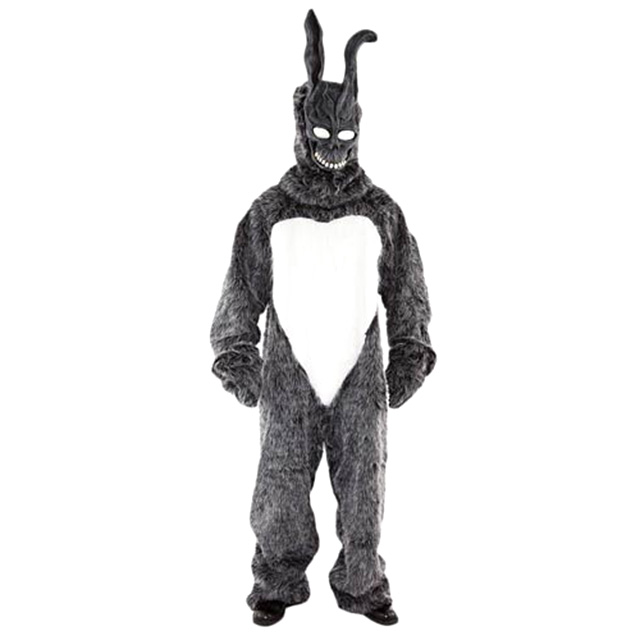 Donnie Darko happened long ago enough that this is now basically just a scary rabbit costume.

That doesn’t seem likely though because there would be 6 awful sequels by now if the franchise looked profitable to the suits in Hollywood. A lot of people didn’t get the movie when it came out, others thought it was the most genius thing they’d ever seen. But one thing just about everyone could agree on was that Frank the Bunny was a pretty damn terrifying creature.

And he still is!

Put on your finest human suit and then put it inside of this full-sized Frank the Bunny costume anytime you feel the need to put out the frightful vibes!

There’s a few good tricks to a scary costume but one of the simplest ones is anything that’s full body. Even your best friend won’t be able to pick you out in a crowded room and fear of the unknown is one of the most common fears. It could be anyone in that suit…