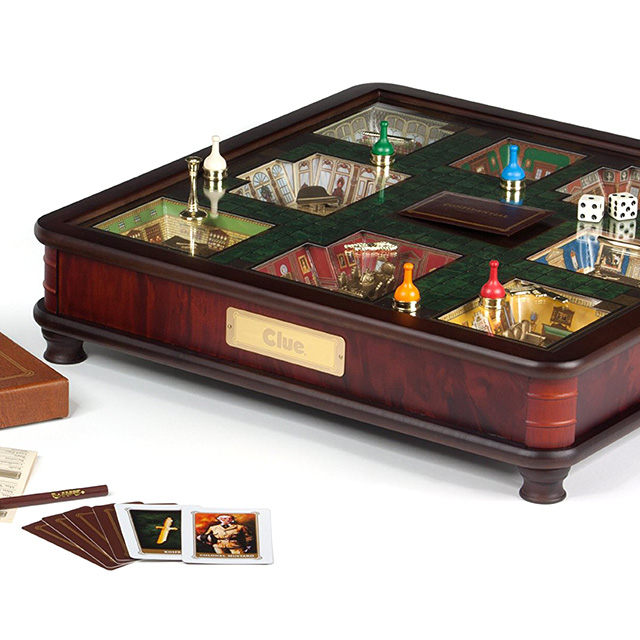 First there was the board game. You’re surely aware of the esteemed cinema masterpiece that is the feature film adaptation starring Tim Curry and Christopher Lloyd.

But did you know there have also been like 40 different versions of the board game, several video game adaptations, real live television game show versions, at least 15 fictional books and an Off Broadway musical all based on Clue?!?!

Okay, now that everyone who isn’t obsessed has stopped reading, have you ever seen this deluxe version of Clue?

It’s the normal game board but built into a gorgeous wooden cabinet. The top is glass that lets you look down into a 3D view of every room in the Clue mansion!

There’s more cool stuff, too, but you can check out those details at the link…