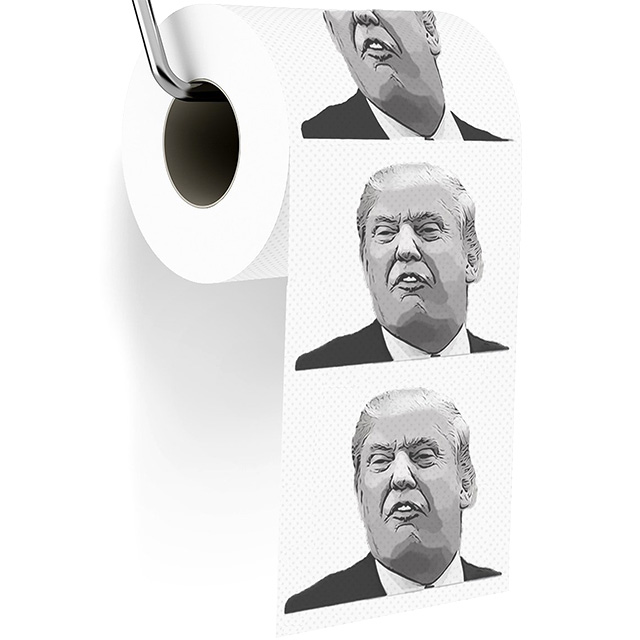 So, the second Presidential debate happened earlier tonight and – full disclosure – this post is being written on September 30th, so we haven’t actually seen the debate (because it won’t be happening for another week) but if it’s anything like that first one then it’s safe to say it’ll be a total shit show.

And you know what you need at a shit show?

Toilet paper. And a lot of it!

Now, we’re not just picking on The Donald, here. drunkMall posted some Hillary Clinton toilet paper earlier in the year. Both candidates are, uh, messy, to say the least.

This election has been a nightmare for anyone who still takes American politics seriously. For everyone who stopped giving a shit a long time ago, it’s made for some of the best television in the last decade…

Wherever your political compass points, these Trump/Clinton toilet paper rolls are sure to be a hit in your bathroom or the bathroom of a friend or loved one.