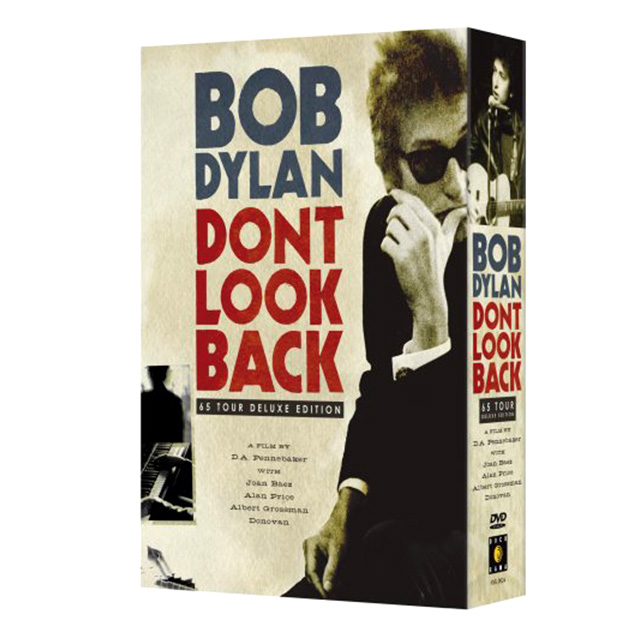 This is essential viewing, for so many reasons, whether or not you even care about Bob Dylan at all.

For fans of music (and the phenomenon of celebrity pop culture), in addition to possibly inventing the very concept of what we now call a music video, this is probably the earliest documentary film we have of a world famous musician who doesn’t seem to enjoy fame very much.

For fans of documentary filmmaking, this film’s director (D.A. Pennebaker) created one of the first fully portable cameras capable of recording 16mm film and sound at the same time, which gave him unprecedented access to life on tour with Bob Dylan.

For everyone else, let’s just say a good alternate title for this film would have been How to Be a Total Dick to People You Don’t Like. If watching a kinda bored, probably stoned, ill-tempered genius be an asshole sounds like entertainment to you, look no further than Don’t Look Back…

Dylan’s lover at the time, Joan Baez, tags along on the tour in perpetual hopes of being asked to perform onstage with him, only to be largely ignored. Some poor journalist sent to interview Bob Dylan is treated with blatant contempt. Throughout the film, Dylan and his friends subtly mock Donovan (who was then making a career out of ripping off Bob Dylan songs), which seems insignificant until Donovan actually shows up in person at a hotel room party, literally performs one of his Dylan ripoffs in front of Bob Dylan and then looks like he wants to crawl in a hole and die when Bob Dylan responds by playing one of his best songs, “It’s All Over Now, Baby Blue.”

Anyway, this Deluxe Edition is amazing. It comes with over an hour of bonus footage. Most importantly, there’s a transcript of the dialog from the entire film, which is awesome because some of the conversation is hard to pickup at times.