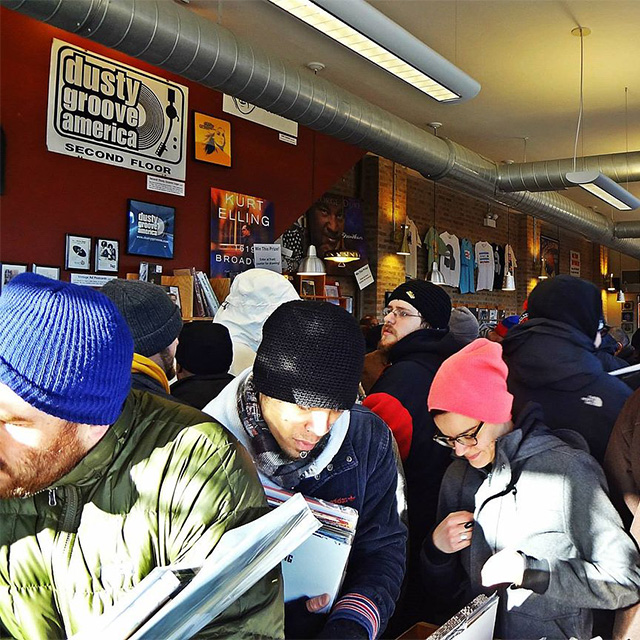 If you aren’t aware that Frank Ocean (kinda) released his ridiculously hyped new album over this weekend, you probably don’t need a website called drunkMall to tell you that you’re out of touch with what’s going on in the world today.

But for all of you youngsters who were on Frank’s hype train this whole time, someone has to let you know that this is nowhere near peak levels of hype. Like, if hype was The Olympics then Frank Ocean wouldn’t even have qualified…

The thing is, though, nobody gives a shit what drunkMall has to say about music. (And yet we keep posting stuff to the music department of this site all the time…)

So this isn’t just a list of albums you should listen to or buy or anything like that.

Basically, we found a bunch of cool merch/souvenir-type things and we’re posting those as an excuse to talk about some landmark music in a fancy-pants way. Skip the word parts if you’re too drunk to see straight… 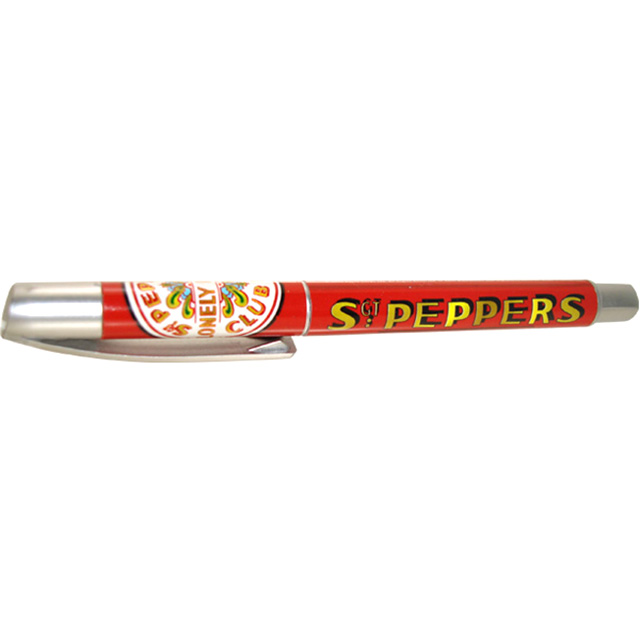 The Beatles have a lot of “first ever” achievements in their scrapbooks. Inventing “hype” isn’t one of them but if you’ve got a living relative that was alive when The Fab Four played their American debut on The Ed Sullivan Show, they can tell you that the boys from Liverpool took fandom hysteria to unprecedented levels, more than once.

One of their biggest splashes was the Sgt. Peppers album. The band had quit touring and quit recording, many people were certain that The Beatles were over. Of course, they weren’t. They came out of nowhere and dropped one of the most well-respected albums ever.

Okay. Having no advance exposure to the music, Jimi Hendrix was covering the title track three days after the album’s release. 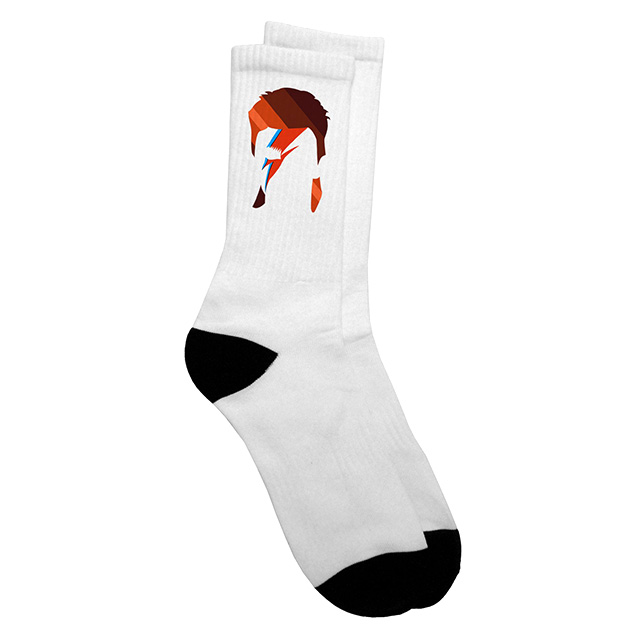 Actually, scratch that. In 2016, we lost the human vessel called David Bowie. But we’ll always have the music and personas left to us by that vessel. His most famous incarnation was Ziggy Stardust, of course. Ziggy played guitar… And sold a lot of fucking albums… And just a shitload of concert tickets…And probably a lot more makeup than was ever purchased by dudes before at that time but we’re just making that up and it may not be true…

The curse of hype is that it’s always temporary. As such, measures are usually taken to extend the life of hype. If that means making a “sequel” to your concept album, that’s what’ll happen. If that means rushing the release of the sequel to get it out while people are still fully torqued on the whole masquerade, that’ll also happen.

And the cover makes for some great merch – like these Aladdin Sane socks! 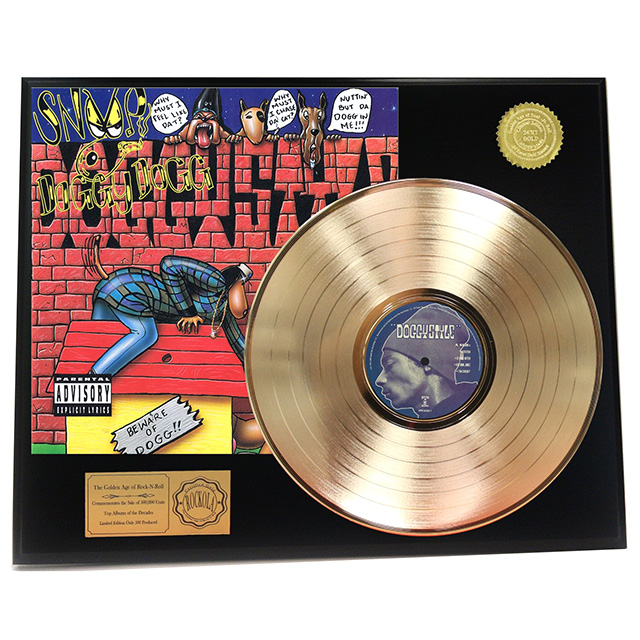 It’s possible that Snoop’s debut album is the most highly anticipated rap album of all time. You probably had to be there to have any idea what it was like to wait for an album like this. Hell, it’s pretty hard to remember even if you were there!

But check it out.

Snoop Doggy Dogg let the world know exactly what time it was when he broke out on Dr. Dre’s debut, The Chronic. “Nuthin’ But a G Thang” was the song of ’92 & ’93. You watched MTV for 2 hours just to see the video. Any kid who owned the cassette with the uncensored version automatically moved two rungs up the social ladder.

So when word got out that Snoop’s own debut was on the way, people were foaming at the mouth for the thing. And that was before Snoop Dogg got arrested in conjunction with a real live homicide, further solidifying his already-concrete street cred. After that, all they had to do was ship units…. 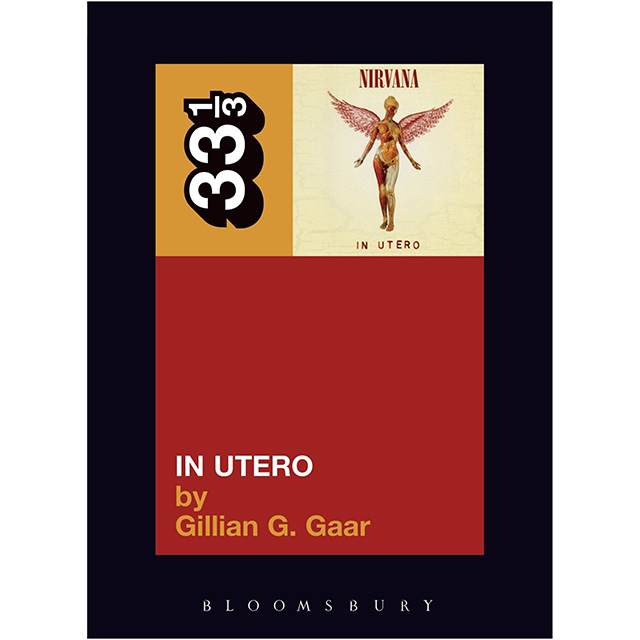 Back to boys with guitars, it’s difficult to overstate the impact of Nirvana on popular music. They came out of nowhere (Seattle) and managed to both dethrone The King of Pop and make the entire genre of hair metal look ridiculous in one fell swoop. Argue about who influenced what and where it all came from all you want but the fact remains that Nevermind changed music, radio and television for at least the following decade.

This entry of the 33 1/3 book series tells the story of Nirvana trying to follow up their much-hyped debut with a piece of work more true to what they felt their sound to be. By the standards of everyone involved in creating In Utero, except for maybe Krist Novoselic, they failed. 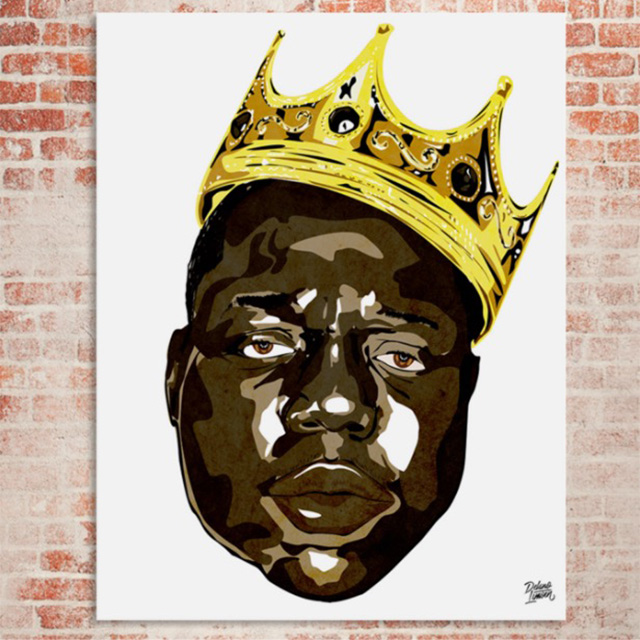 Another picture of greatness and tragedy.

Notorious B.I.G. is still widely regarded as the greatest rapper to ever live. (Argue about it in the comments. Whatever.) What’s messed up is that, even though he was fortunate enough to accomplish that rare feat of being an artist who is both critically appreciated and commercially successful while still alive, Chris Wallace did not live to see the peak of his musical career…

Gunned down just two weeks prior to the double album’s release, Notorious B.I.G. never knew that Life After Death would go on to be one of the best selling rap albums ever recorded and probably the creepiest title ever, too. (It’s rumored that the original release date was supposed to be five or six months earlier, when Biggie would have still been alive.)

Reminding you that “ain’t no other kings in this rap thing,” heres a large canvas print of Notorious B.I.G. wearing a golden crown. 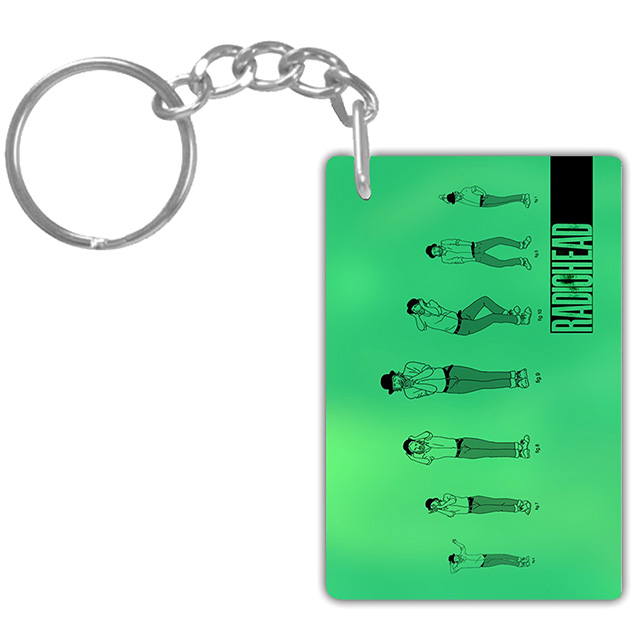 Then they made a really good album called The Bends. Basically, everyone who likes guitars even a little bit was pretty in to that record.

Critics started saying it was the greatest album ever made. (Many of them still do.) The tours got bigger. The interviews became more frequent (and more annoying). The band got bored with their own songs, tired of all the bullshit that came with the hype and they did a crazy thing…

They totally recreated their sound. Did away (mostly) with the guitars, got a bunch of synths and samplers and put out an album of glitchy (and kind of creepy) music called Kid A…

Critics started saying it was the greatest album ever made…

Here’s a little Radiohead keychain. The boys are wearing outfits reminiscent of the droogs from A Clockwork Orange. That’s surely not an accident. 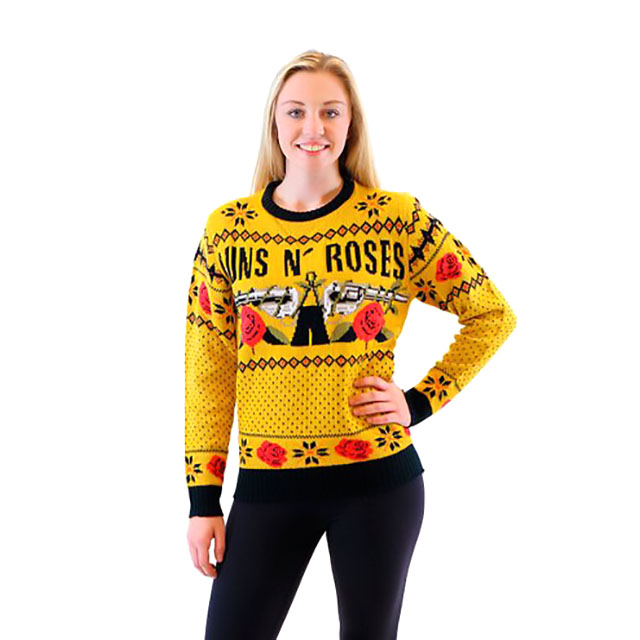 Chinese Democracy by Guns & Roses is on an entirely other level of hype.

Like, the second it was released nobody cared about it anymore. But there was a solid fifteen years where fans could only speculate and spread rumors about the album that was supposed to be a return to form for the band who created the legendary Appetite for Destruction so long ago.

But Appetite is still extremely legit and so is this amazing sweater.

All other Christmas sweaters must kneel and worship this Guns & Roses sweater! 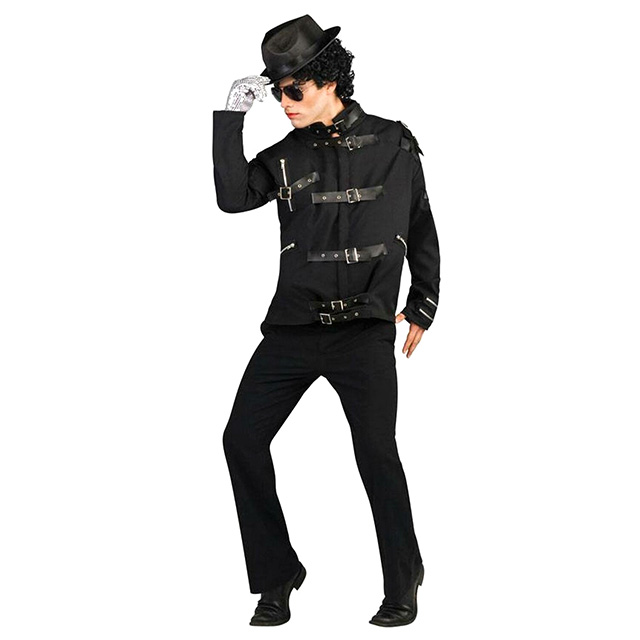 You think you know pressure?

Try putting out the best selling album of all time.

Sure, it’s great being the best there ever is, was and (now that the record industry is dead) ever will be. But how do you take your next step? How do you follow that up?

You put out one of only two albums to ever have five number one singles on it, that’s what.

This strappy jacket costume is based on the Bad-era of Michael Jackson’s career, when he proved that he was more than just the guy who did Thriller by giving us harder hitting jams like “Bad,” “Another Part of Me,” and “Smooth Criminal.” 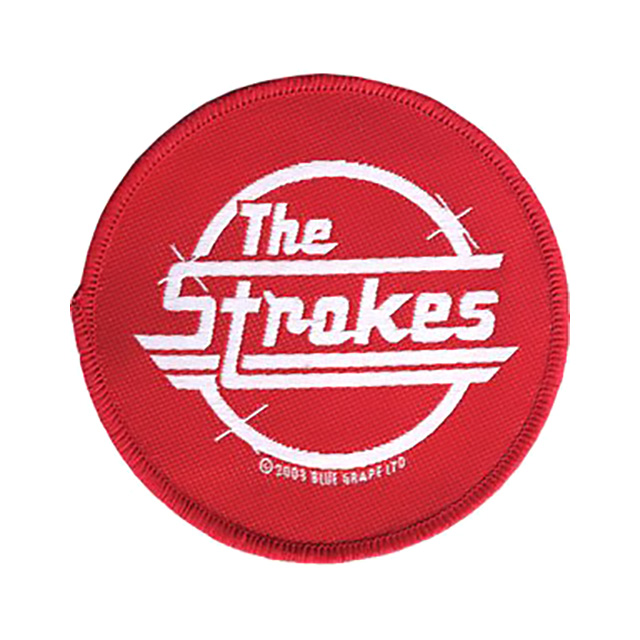 It’s difficult to say The Strokes’ first album is responsible for the way indie rock sounds now because the sound of that album is so authentic (and some would say derivative) of the garage rock music of earlier decades which influenced it.

However, it’s also difficult to say Is This It did NOT shape the current sound of indie rock because it 100% did.

Nobody was trying to make records that sounded like The Velvet Underground snuck their pop sensibilities into the band Television. At least, not until The Strokes put out their first album and made it impossible to play a guitar without someone calling you “garage” this or “retro” that.

So get this Strokes patch sewn on to your favorite denim jacket and stop using shampoo in your hair! 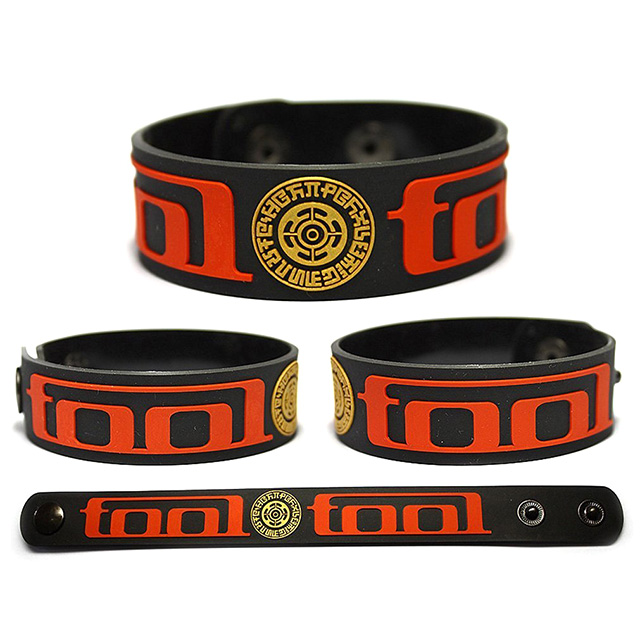 The most hyped Tool album is whichever one they’re currently taking years longer than expected to create and release.

No other band has fucked with their fans’ desire for new music as much as Tool. We’re talking, like, a band member giving an interview saying the album would be out that year, then the band issuing a formal statement to the press the following day to say that the band member was joking about the new album coming out that year and then all of that being like 4 freaking years ago and the album still not being finished with no official word on when it will be.

But the band probably knows exactly what they’re doing, considering they named themselves “Tool” and every fan who wears their merch is walking around wearing something that looks like they’re calling themselves a tool.

Like this awesome bracelet that you totally want to buy right now!