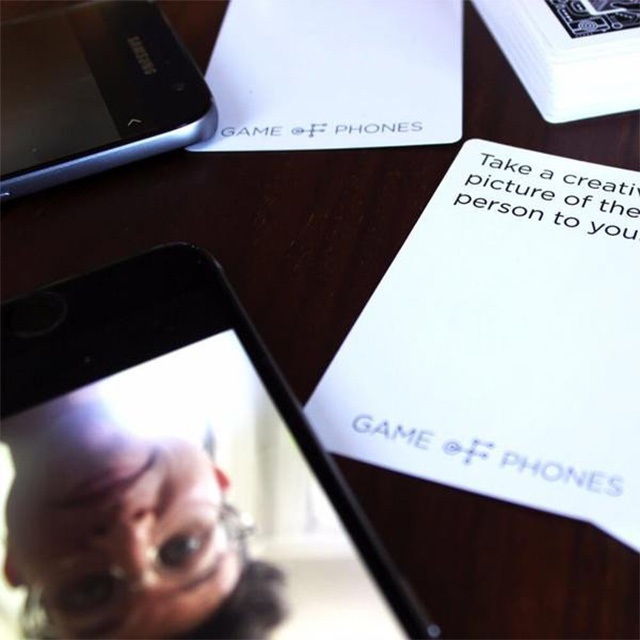 Yes, the new Game of Thrones season will only have 7 episodes and yes the season after that is probably going to be the last season of the show…

But you really don’t have to freak out about it!

First of all, HBO is almost definitely going to make like ten spin-off shows from the series. You think they’re gonna just shoot a cash cow like that? Hell no. They’re putting the pedal to the metal so they can finish up these pesky storylines that depend on the books and then move on to the tangentially related stories they can underpay a staff of writers to create. You’ll be enjoying Westeros for decades.

Next, there are plenty of other things to occupy your time!

Like this party game that has almost nothing to do with Game of Thrones, except that the name is pun and YOU MIGHT HAVE TO KILL SOMEONE WHO TRUSTED YOU IN ORDER TO WIN!

That last part is a lie.

It’s just a game where cards tell you what to do with your phone and shit. It’s fun.