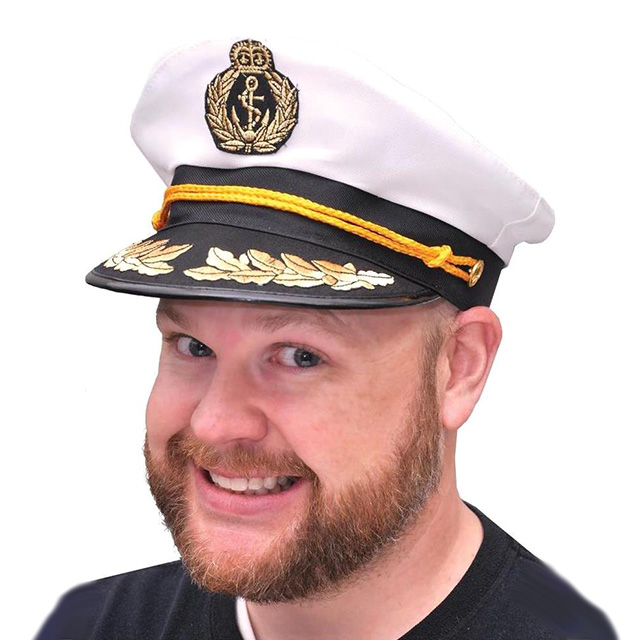 If you want to hear these words being screamed in your bedroom then owning a captain’s hat would be a step in the right direction. Hang this naval captain’s cap on the bedpost and it’ll always be there when it’s time to put some motion in the ocean!

Or, you know, maybe you just want to dress up as a sailor for Halloween or something?

It’s a little tame compared to our first suggestion, but fine.

You could go to a military surplus store and buy a real captain’s hat but they’re probably more expensive than you’d think. And if you plan on doing any drinking (or whatever other stupid stuff you do) while wearing the hat, well, that authentic purchase can turn itself into a waste of money real fast.

This costume cap is an inexpensive alternative. Unless you’re filming a sequel to Down Periscope or something, it’ll do!