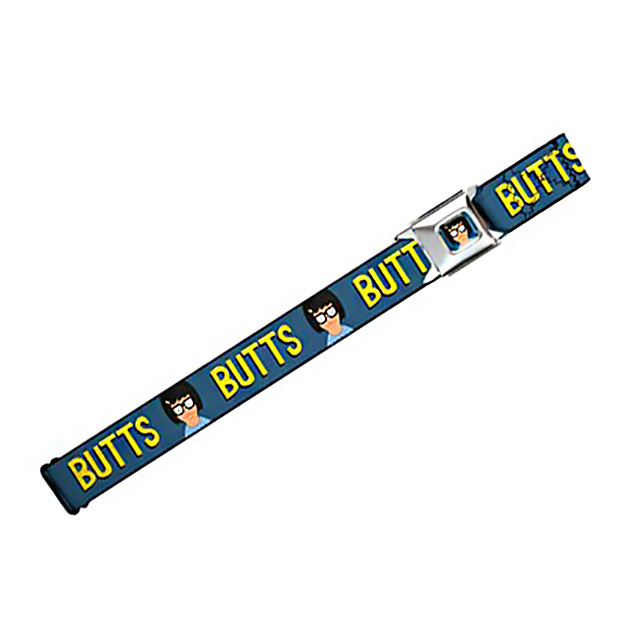 The eldest of the Belcher children from Bob’s Burgers, Tina spends more time thinking, talking and writing in her diary about butts than maybe any other character in television history. Teenage girls, what are ya gonna do?

This obsession with belts explains why this officially licensed Bob’s Burgers belt would feature the word “BUTTS” over and over with Tina’s (kinda creepy) face in between. As far as the seatbelt fastener on the belt, there’s not a very good explanation for that. (Unless you count the episode where Tina tries to learn how to drive?)

But who cares? Seatbelt belt buckles are awesome because you just have to press a button to get the belt off and get your butt out! It’s what Tina would want.

Grab one of these belts now while they last!