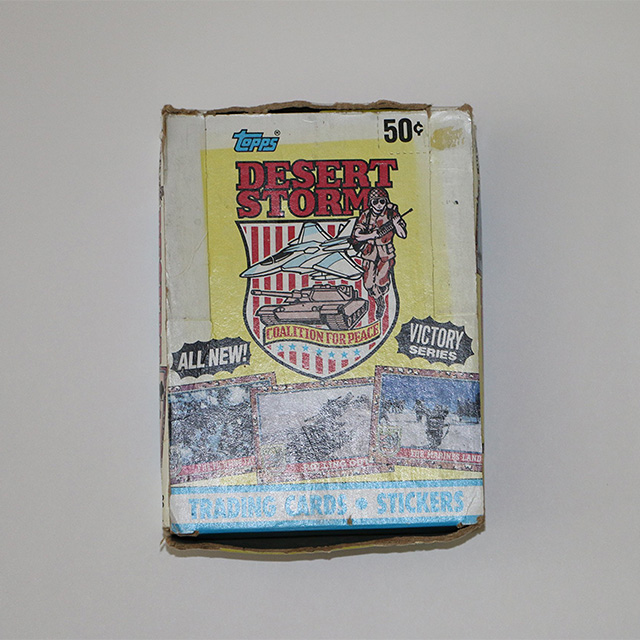 Anyone who thinks baseball is America’s pastime doesn’t follow the news.

War. What is it good for?

You mean besides seceding from the British Empire, establishing the borders of our new country, killing each other over slavery (and some other shit but mostly slavery), stimulating the economy and providing a decent excuse for overthrowing a foreign government to install one more “aligned” with our own agenda?

Well, besides all of that, trading cards, dude! They’re just like baseball cards – this set was even made by Topps – but instead of athletes the Desert Storm Collector Cards feature people and weapons and vehicles from both sides of the conflict. These sold of 50¢ a pack back in the day and don’t let that Garden State movie fool you, they aren’t worth a ridiculous amount of money today. But where else are you going to get a Dick Cheney trading card?