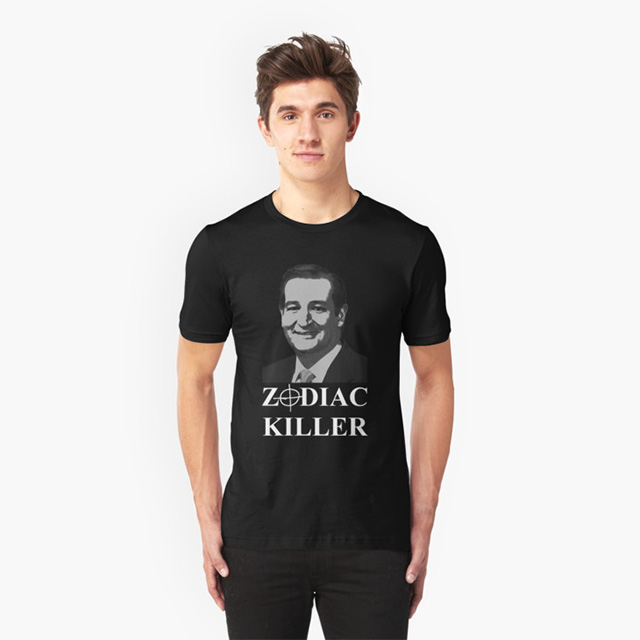 Ted Cruz has (finally) dropped out of the race to become the Republican nominee for President. That means most of the “Ted Cruz is the Zodiac Killer” swag available online is likely to become limited edition in the very near future!

Aren’t familiar with the whole “Ted Cruz = Zodiac” thing? Now would be a good time to look it up! There are a lot of wildly hilarious theories out there – time machines, parallel universes, intentional misunderstanding of theories of Physics – but it’s reasonable to expect them all to fizzle out soon.

Everyone who derived much joy from participating in this cultural phenomenon (Who hasn’t?) may want to think about grabbing one (or a few) of these hilarious shirts while they’re still available.

Love the political humor? You should check out the round-up of satirical products relevant to the 2016 Presidential Race we put together: Super Tuesday Booze Day