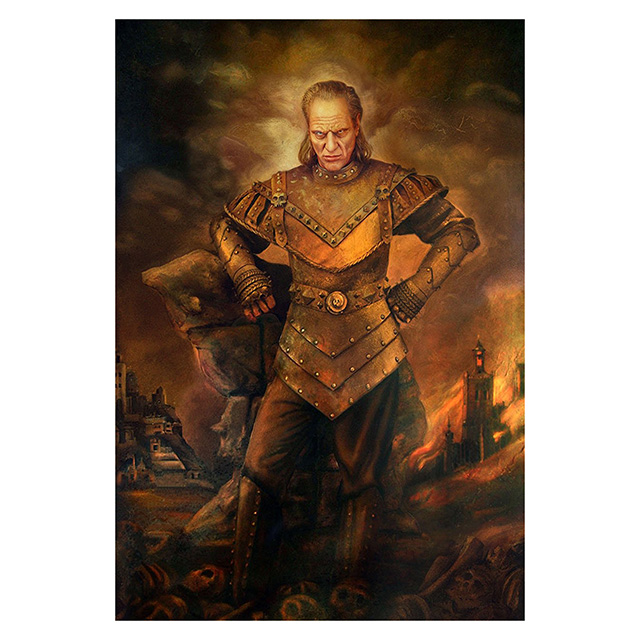 A poster of the Vigo painting from Ghostbusters 2!

Vigo the Carpathian, as you surely know, is just a downright not nice dude.

If Vigo was walking down the sidewalk and saw you across the road struggling with carrying a load of groceries home to your apartment, he’d probably cross the street just to kick you in the balls while you were distracted. And that’s a pretty tame characterization, based on his backstory…

Killing hundreds and hundreds of his subjects during his first go round on the planet as a ruler in the 1500’s, his people eventually rose up to murder him at the age of 105. It was only after he was stabbed, hung, shot, poisoned, disemboweled and, finally, drawn and quartered that he eventually gave up the ghost.

And it all happened because of one magically evil painting, which this poster recreates in all its glory!