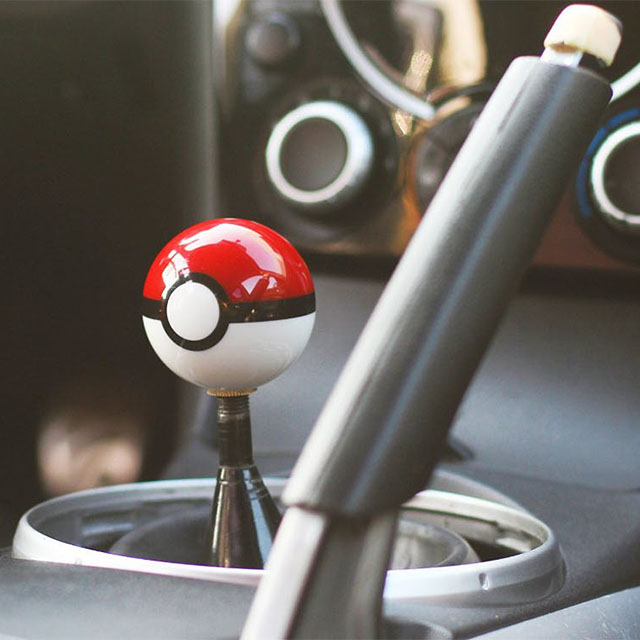 What’s the cross-over on people who love Pokémon and also know how to drive a manual transmission, you think?

Whatever. This is the kind of shifter knob we’d have in our car if we knew how to drive stick. Most of the reason dudes have fast and fancy cars is to impress girls. That’s a pretty commonly held belief, at least. So it stands to reason that a smart guy would have a piece of flair or two that says, “Hey, I’m not all fast and furious. I like some cute things in life, too.” But also, people of all genders and “kinds” like fast cars, so whoever/whatever you are, this pokéball exists and you can get it!

We’ve been saying for months now that Pokémon is ripe for a huge comeback in pop culture. If we end up being right, grabbing a pokéball shifter knob now would be way ahead of the curve. If we end up being wrong, hey, it’s still really neat and we’re definitely not the only people who think so!

[Catch ’em all on drunkMall’s Pokemon Fever gift guide!]
I WANT IT