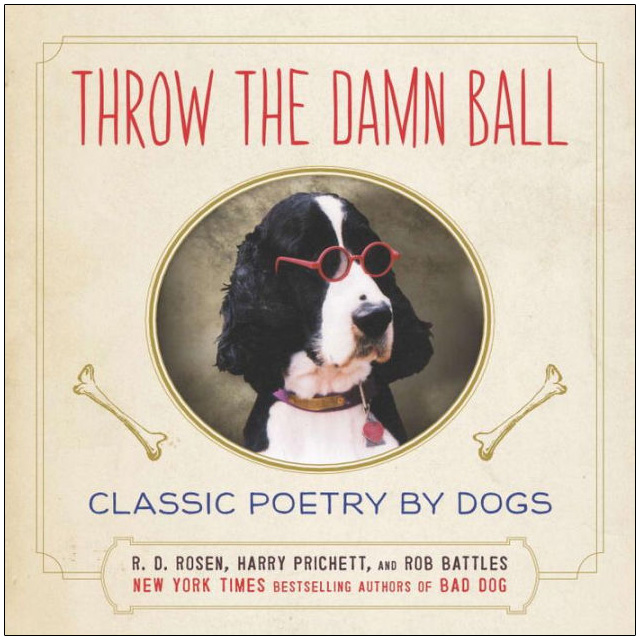 Let’s be real, if our four-legged friends were capable of creating high art, dogs would not be the ones writing poems.

That would be feline territory. Cat condescension screams “I’m a misunderstood poet!”

But also, if dogs did write poems, it would be pretty damn hilarious to read. So we’re very happy that someone put together a whole book of what poems written by dogs would be like!

Just look at that title: Throw the Damn Ball! You know that’s just what your dog would say to you if it could talk while you’re doing that “pretend to throw the tennis ball” thing!

Fans of human poetry will take special delight in these poems, as many of them are canine takes on well-known classics by masters of the craft you’ve studied for years and years!