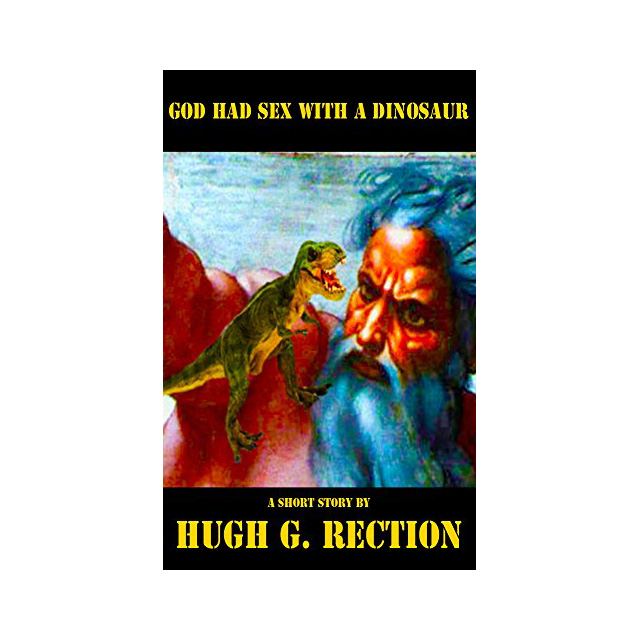 This short story could have been written by a dyslexic 5th grader and it would still have to be better than at least half the books on the New York Times Bestseller list for 2015.

It’s all about that premise, man.

As soon as you start with the idea of God having sex with a dinosaur, you’re in the territory of what we here at drunkMall like to refer to as The Un-Fuck-Up-Able.

And if the title isn’t enough to sell you on this purchase, allow us to direct your attention to the author’s chosen pen name. That’s right, God Had Sex with a Dinosaur was written by a Hugh G. Rection.