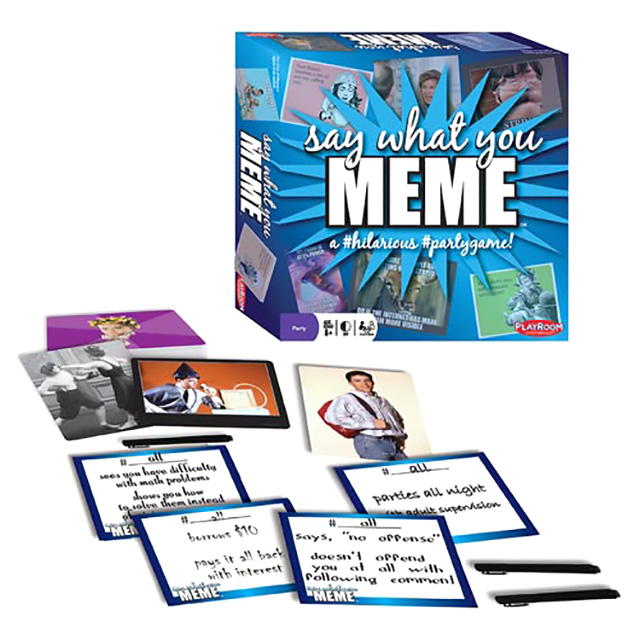 Those damn memers are at it again!

No longer content to stay within the boundaries of cyberspace, the meme lords have broken out of the Internet and into the realm of party games with Say What You Meme!

It says right there on the box that this is a #hilarious #partygame, so that’s how you know it was designed by real cool kids who totally speak the lingo of today….

The game isn’t actually out yet, so we can’t tell you exactly how it’s played, but the premise seems simple enough…

It looks like you play in teams. The point of the game is to take one of those oh-so-funny pictures that are commonly spotted in the meme wilderness, combine it with some “witty text” and then submit it to the judges of each round to decide who is the funniest.

The game comes out this month – get those preorders in now!