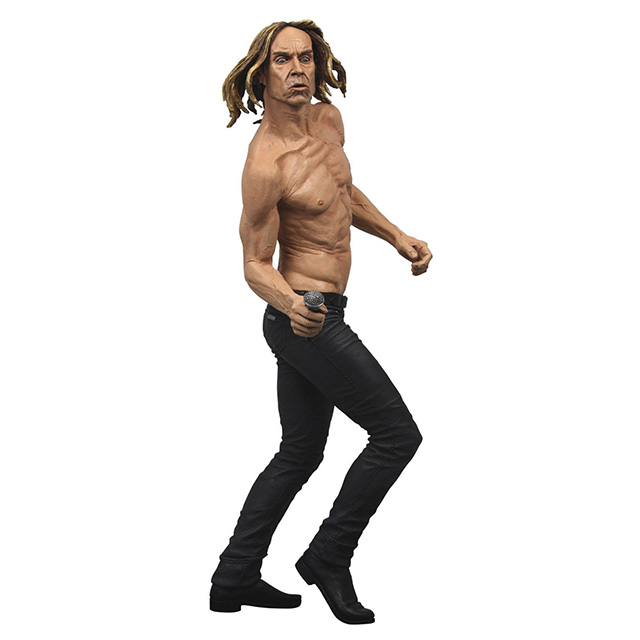 Iggy Pop is a force of nature.

The dude has been turned up to 11 for decades at this point.

Iggy is 69 years old. The Stooges are probably still the greatest hard rock band that ever existed and their first album came out in ’69. Coincidence?!

But the point is that Iggy came out of the gate at top speed and has been able to keep it going full-tilt boogie his entire life. And if he’s got any plans to slow it down, he sure isn’t sharing them. (Catch him in your area through August on the Post Pop Depression Tour.)

That’s the kind of work ethic we like to see in our rock stars. That’s a role model. That’s a man worth turning into an action figure, which is exactly what someone has finally done!

Standing just under 7 inches tall, the Iggy Pop action figure comes with his very own microphone and a stand.