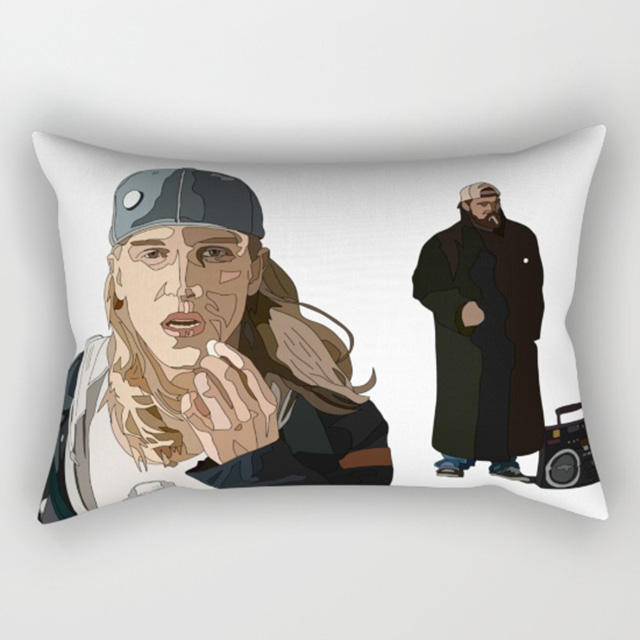 It’s been a long time since we’ve heard from Jay and Silent Bob.

We’ll never forget, though. Will we?

Those of us who grew up with Clerks, even the ones who came on board with Jay and Silent Bob Strike Back, we’ll always have a place in our hearts for these lovable fuckups, who always seem to help everything turn out all right in the end.

Word on the street is that the pair will be seen again in some upcoming projects, including a little flick called Mallrats 2. (Yeah. That’s real.)

While you wait, curl up on the couch with a J&SB pillow that’s just as soft and cuddly as the fat man in an overcoat himself. Cue up a marathon of Kevin Smith films (except Jersey Girl, of course) and revisit the good old days with your two degenerate pals!