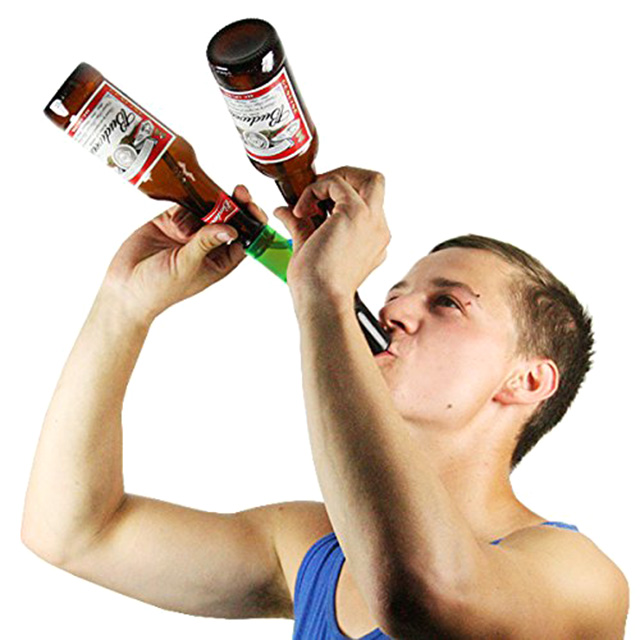 Have you used one of those beer bottle bong attachments?

Basically, some PVC pipe and plastic tubing, combined with properties of physics that we don’t understand, makes for a device that sends the entire contents of a bottle of beer out of the bottle in less than two seconds. You can win a bar bet using one of them, easily.

So, naturally, the only logical thing to do was make one that can be loaded with two beer bottles at once…

Do we even need to tell you that you shouldn’t mess with this unless you know what you’re doing?

Take as long as you want to getting ready. Make sure the bottles are both in there with a good seal. Get your breathing pattern right. Do whatever you gotta do but just know that as soon as you let the beer flow it’s coming in hard and heavy!