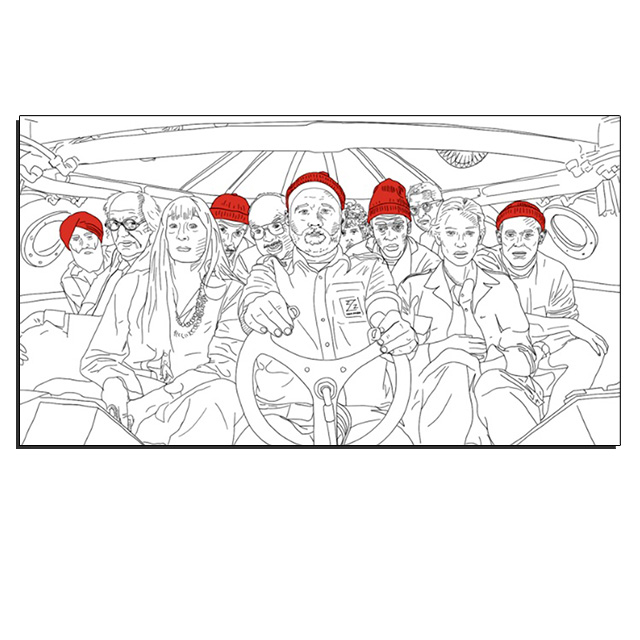 We stopped paying attention to Wes Anderson like five who-gives-a-shit-let’s-make-the-same-movie-as-last-times ago but The Life Aquatic with Steve Zissou was an undeniably incredible feat of filmmaking, right?

You had Bill Murray at the top of his dramedy game, Willem Dafoe in a too-rare comedy role and a stellar support cast (Noah Taylor, anyone? Noah Taylor.) The combo of life action with claymation created a unique underwater universe. Hell, even the soundtrack was good enough to make every person you know care about Portuguese David Bowie covers for three months!

Demonstrate your adult-ish ability to appreciate artistic endeavors by mounting this fan art canvas print on the home of your wall or office, anywhere you feel the need to prove your worth as a fan-critic. (That’s the kind of person who feels the need to justify their opinions with at least four minutes of talking even though they’ve never been paid to give an opinion on anything in their life.)