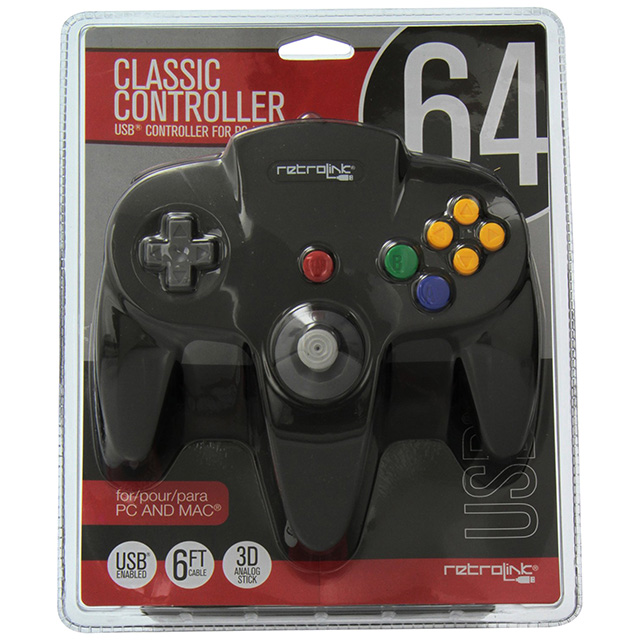 Play classic video games the way they were built to be played!

The controller for the Nintendo 64 gaming system was pretty controversial when it was released in America. Some people hated it and some people loved it but anyone who wanted to play Goldeneye 64 learned how to use it, damn it!

Take your retro gaming straight back to The 90s! This recreation of the 64 controller has been given a USB connector to make it compatible with both Mac and PC systems. That’s what they call a GAME changer!

Yeah, you get it.

But where do you find the games to play using your hot new USB controller? See, the funny thing about that is that we have no earthly idea where a person would go for something like that. No idea at all. Sorry.