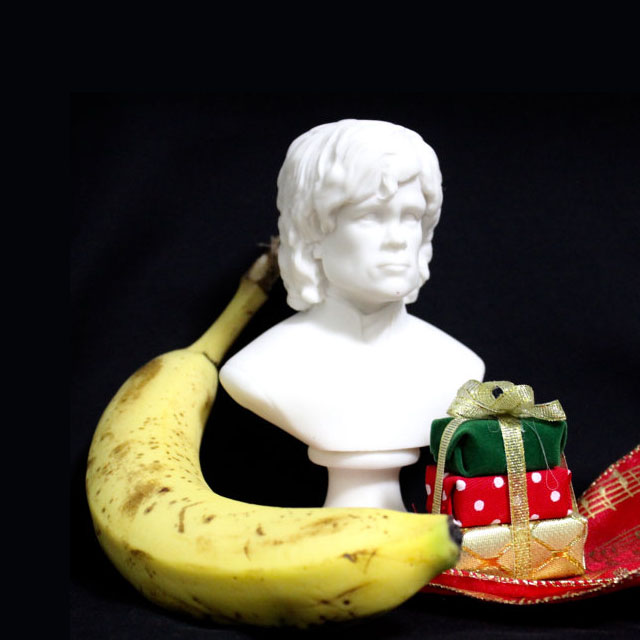 If Tyrion Lannister ever dies in the Song of Ice and Fire/Game of Thrones Universe, we swear by the Old Gods and the New, on the blue eyes of Macumber, we will burn everything to the ground with wildfire, starting with a bearded fat man.

Celebrate the single greatest character on television with a suitably small statue that, let’s be honest, gives a generous interpretation of his haircut. (Don’t misinterpret that. Peter Dinklage is a very handsome man. Tyrion was written to be hideous, so some might even say Dinklage is too handsome.)

We love Tyrion so much, we once invented a cocktail and named it after him. Of course, we don’t remember what was actually in the drink but he’d totally understand. Speaking of drinks – you’ll want to check out the Hand of the King bottle opener after this.

We found this statue on Etsy, so you might have a decent shot of convincing HR it’s art and you’re allowed to have it at your desk.