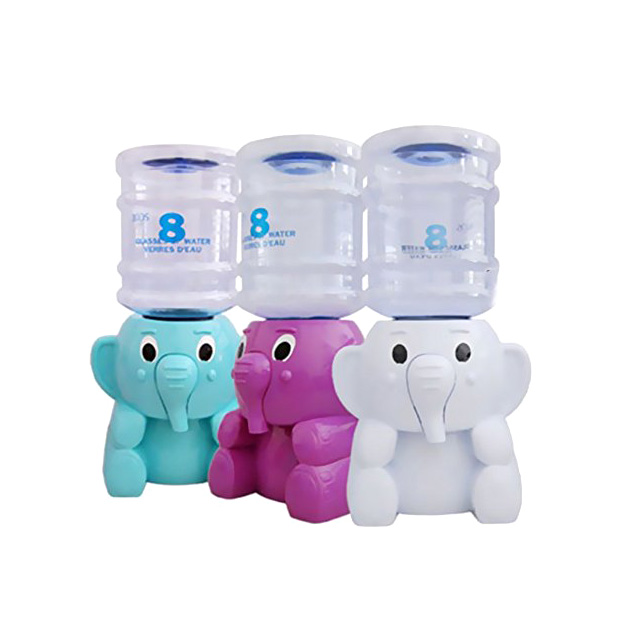 Having problems remembering to drink your 8 glasses of water a day?

Listen, it’s literally a meme at this point for people to tell you to drink more water but YOU SHOULD PROBABLY BE DRINKING MORE WATER!

There’s some backlash in the “health” community lately from Internet Correction Police going around on social media and telling people that you don’t want to drink too much water. That’s totally true but it’s also pretty much exclusively a problem for people who, say, took MDMA in the last 3 hours or let their dumbass friends talk them in to seeing how much water they can physically stand to drink.

8 glasses of water is nowhere near the toxic level of water consumption for an average adult and the benefits of drinking actual water (not water in coffee or water in soda or water in beer) are far too lengthy to list here.

Okay, so these little elephant water coolers are like the big-ass water coolers that most office buildings have with some very important differences.

One, there aren’t a bunch of idiots that you work with standing around it who will try to talk to you if you go and get some water.

Ok, fine. That’s basically the only difference (beside it being a cute elephant) but come on – you know that’s a solid reason to purchase.