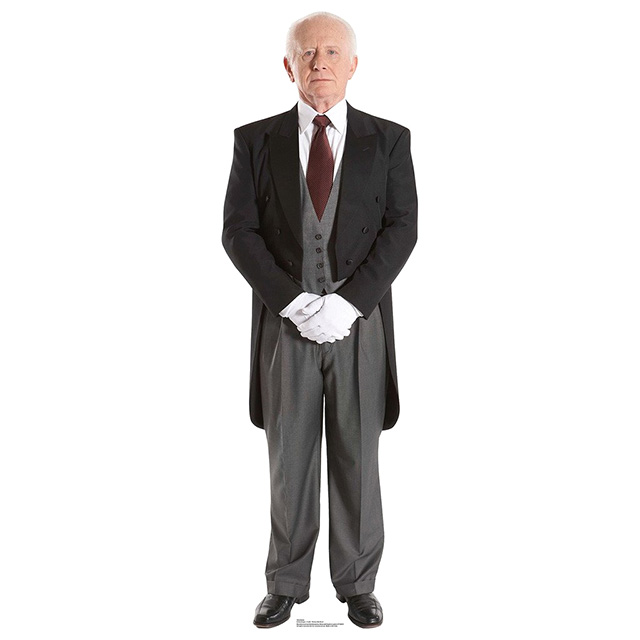 It’s hard to watch movies like Batman and Arthur or TV shows like The Nanny or Archer without thinking about how nice it would be to have a butler. However, butlers are human beings, which *sigh* means you have to pay them money. And also you’ll probably need to have a house large enough for them to have their own room so you can sleep all day while they do their butler duties and stuff.

But what are butler duties exactly? Maybe it’s all about having a guy standing around in an ill-fitting suit, waiting to be told to do even though there isn’t really anything to do. And if that’s all that having a butler is, then a cardboard butler can do that job just as well as a human can!

Get a life-sized cardboard butler now!