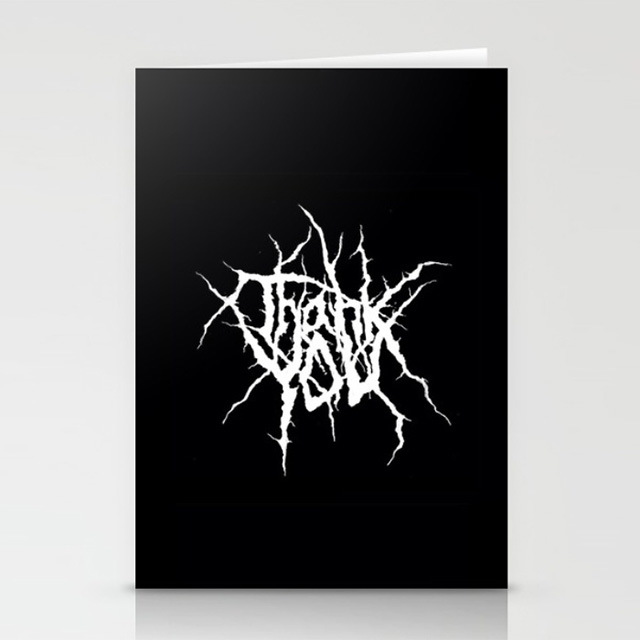 Saying thank you with a face full of corpse paint is not metal.

It’s not as if black metal fans are rude, necessarily. Yeah, we’ve seen a few goat beheadings here and couple church burnings there but that’s not, like, representative of the community, man. Just because you listen to Darkthrone doesn’t mean you’re a racist, elitist asshole, right?

But you’ve also spent a lot of time crafting this whole persona. Picking up a thank you card from a pharmacy, with pictures of teddy bears or balloons or whatever – that’s not really gonna work.

Partaking in common courtesy has never been easier than now, thanks to Black Metal Thank You cards! It may take a few minutes for a normie to figure out what the font says and that you’re being as nice as you know how but once they figure it out, they’ll appreciate it and they’ll appreciate you.