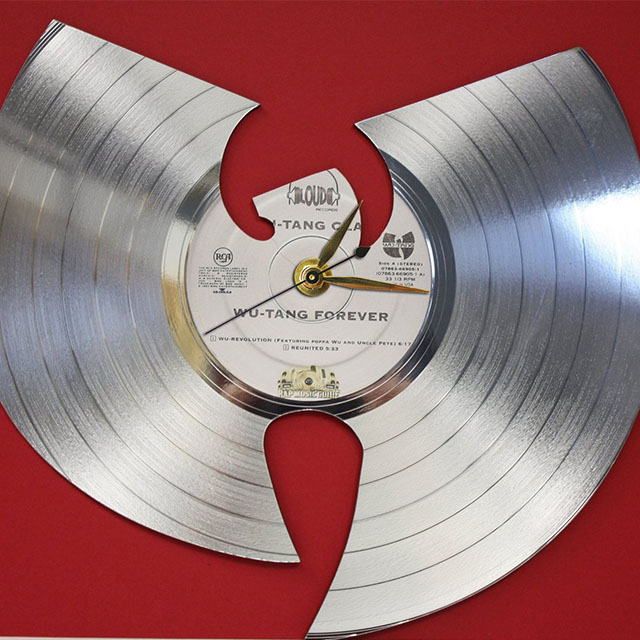 You know what time it is! Wu-Time!

In case you don’t know, when you make an album that sells a million copies, that’s called a platinum album. It’s a big deal.

This baller clock right here is a commemorative platinum record of Wu-Tang Forever, cut in the shape of their iconic “W” logo and made into a wall clock. Since Wu is forever, it’s always time for Wu and now you’ll never forget it!

Grab 36 of these and you can have one in every chamber of your dojo!