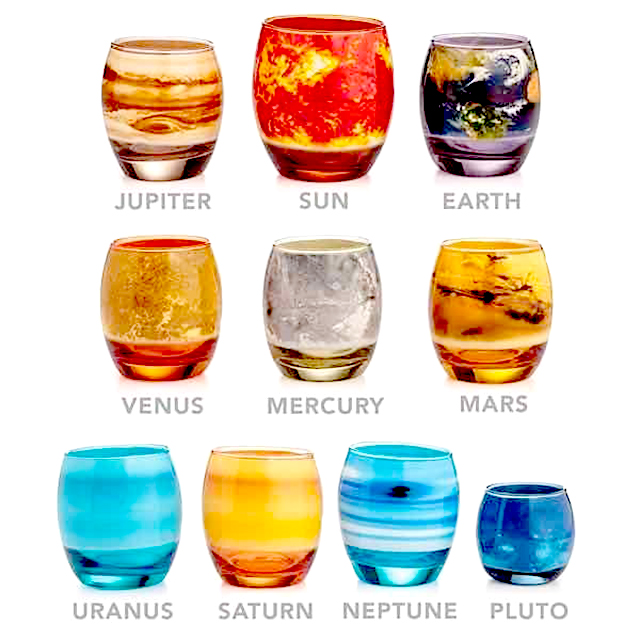 Pluto is a planet in our book, okay? Ok.

Also, know why we think Pluto is a planet? Because if it wasn’t then there would only be nine glasses in this drinking glass set. Who in their right minds would buy a set of nine drinking glasses? We don’t know…

[Lovers of the cosmos are encouraged to visit drunkMall’s Out of This World gift guide!]
I WANT IT