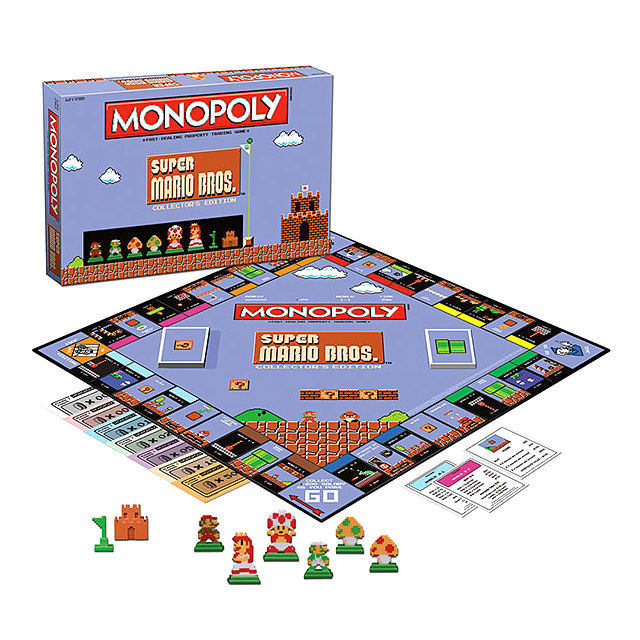 There doesn’t seem to be much middle ground in there, not a lot of people who think Monopoly is “just okay.”

That’s possibly because it’s based around being a cut-throat real estate tycoon, which isn’t such a super relatable occupation for most people. The setup of the game is great. It’s one of the perfect board games, structurally.

But the theme could be way better, as evidenced by this special Super Mario Bros. version of the game!

Replacing the standard Monopoly gear with 8-bit everything, it puts the game in a world we’ve all gone to many times before. Instead of nonsense metal token items, you’ve got characters from the game. Flagpoles and castles replace the houses and hotels.

But, hey, maybe we just like it so much because we ate some of these magic mushrooms this dude with a funny mustache gave us…