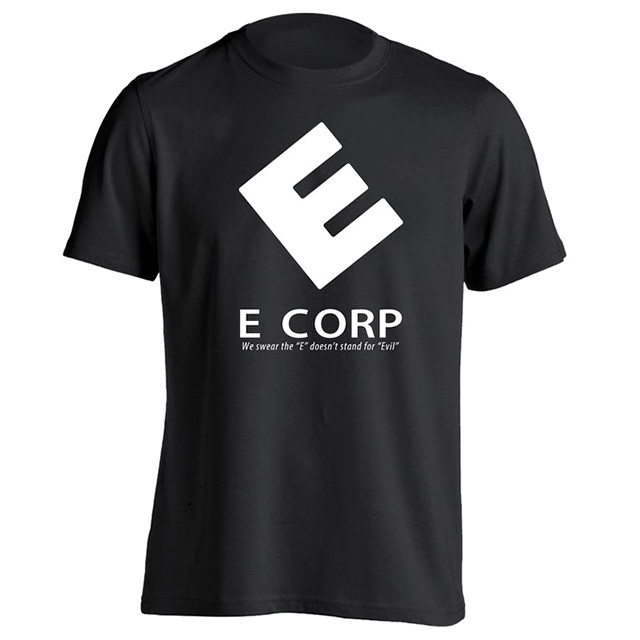 Did anyone else notice that the first season of Mr. Robot came and went right before the entire country became obsessed with megacorporations and their effect on the U.S. economy and society in general? It was almost prophetic.

No show like that has ever been in on television before and as soon as it wrapped up – wham! – the nation caught the anti-oligarchy fever. Bernie Sanders announced his campaign for Presidency just one month prior to the premiere, if anyone is keeping score.

It’s all kinda spooky. What if E Corp is real? (That logo does look awfully familiar…)

Be the bad guy while you wait for season two to come around (should be sometime in Summer 2016) in an E Corp t-shirt. It’s got the logo and, underneath, says: WE SWEAR THE “E” DOESN’T STAND FOR EVIL

[If this item speaks to your dark little heart then you should head over to drunkMall’s exclusive mega-post: Gifts for Your Inner Villain!]