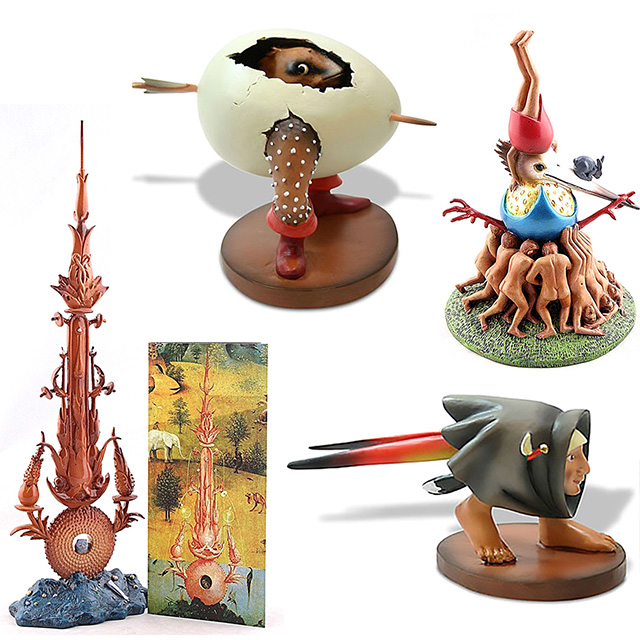 Anyone who recognizes the name Hieronymus Bosch knows that he’s a dude who painted some truly bizarre, even disturbing scenes. His most famous work, The Garden of Earthly Delights, is a surreal clusterfuck of imagery that still has art scholars arguing over its “true meaning” hundreds of years later. According to Wikipedia, “nothing is known of his personality or his thoughts on the meaning of his art.”

The guy was probably just a total weirdo, if you ask us.

Talented, for sure, but that makes it seem even more likely that he was a bit wacky. Think about how much nonsense we let gifted artists get away with in our culture today. Bosch could have been the R. Kelly of painting – we’ll never know…

But thanks to the wonderful people over at Dangerous Minds, we do know that some figures from Bosch paintings are now available as collectible figurines.

They’re crazy as shit and selling fast, so if you want to get some of this weirdness into your life then you’d better hurry! 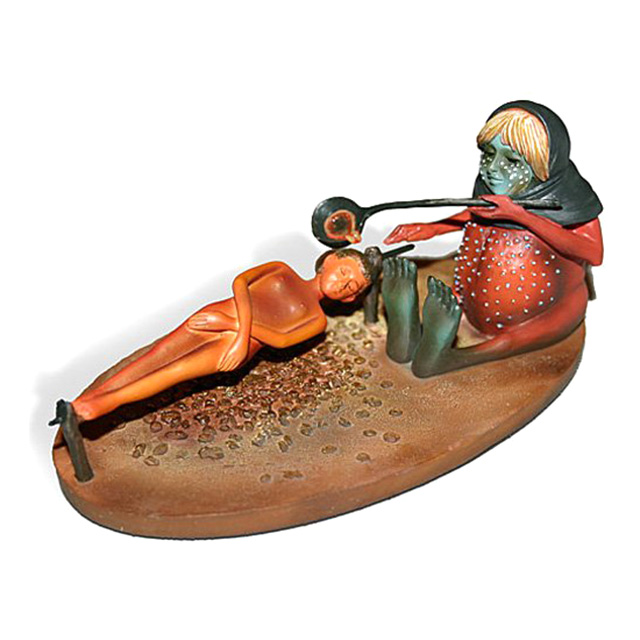 Right away you can tell how little sense we’ll be able to make of these things, right?

#2 Ears with a Knife 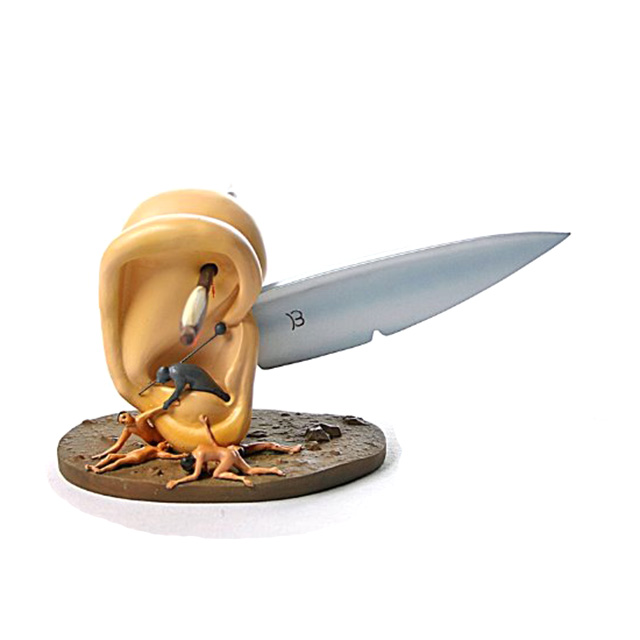 Salvador Dalí was clearly influenced by Bosch. You can see here the roots of symbolism which would be so heavily used in later Surrealist works.

Okay, that’s enough fancy talk. This giant set of ears seems to be wielding a massive chef’s knife while people wallow around in various poses indicative of misery. Probably not something you’ll want to keep on the dining room table. 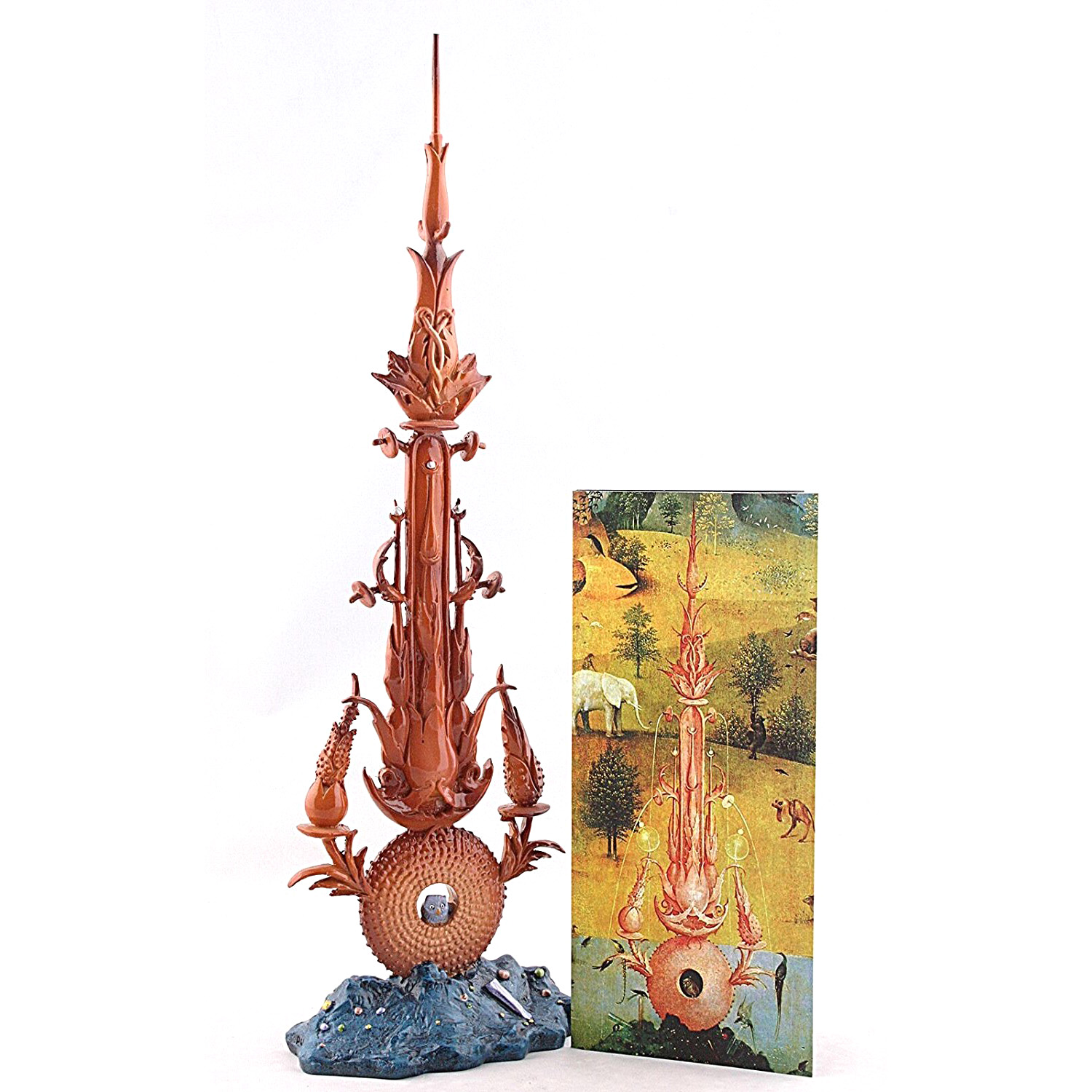 The Paradise Fountain is prominently featured in Bosch’s well-known triptych, The Garden of Earthly Delights. Perhaps the most “normal” looking piece here but a closer look reveals not-so-normal details… 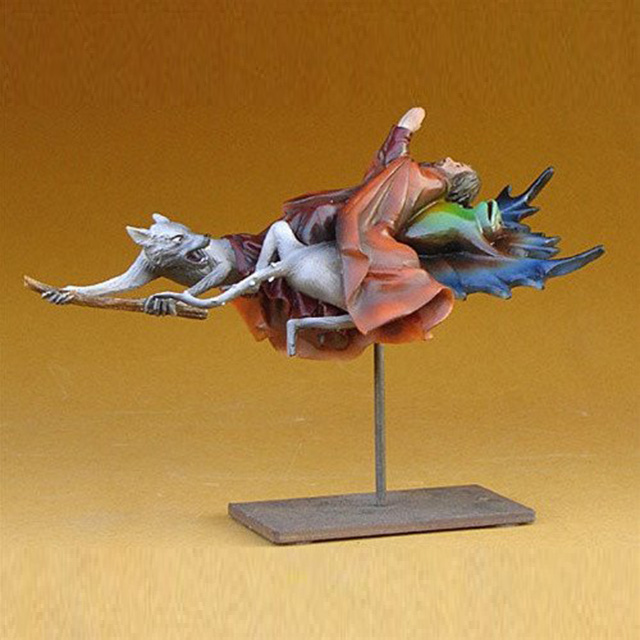 There’s probably some religious allegory depicted here but, like we said above, nobody really knows what Bosch’s motives were for painting anything in his career.

So all we can say for sure is that this is Saint Anthony flying around on a frog with some wolves that seem intent on doing him harm. 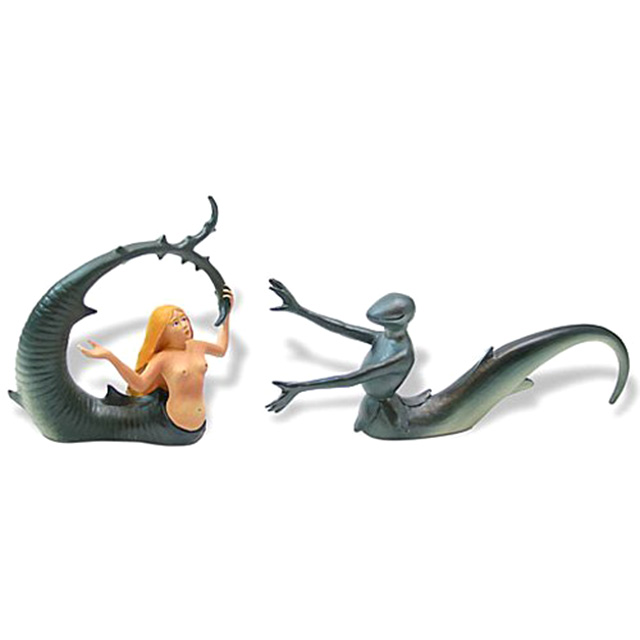 It’s a testament to how wacko Bosch is that a mermaid seems non-remarkable.

Until you see the creepy alien/demon “Seducer” headed her way, that is. 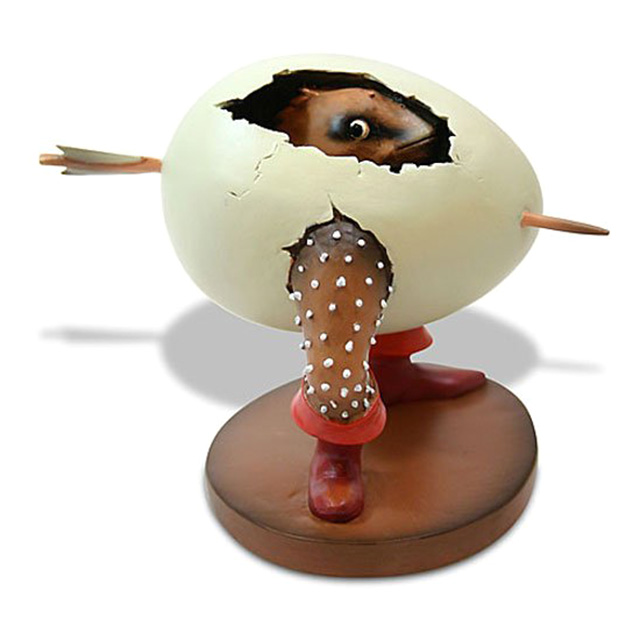 #7 Seduction on a Duck 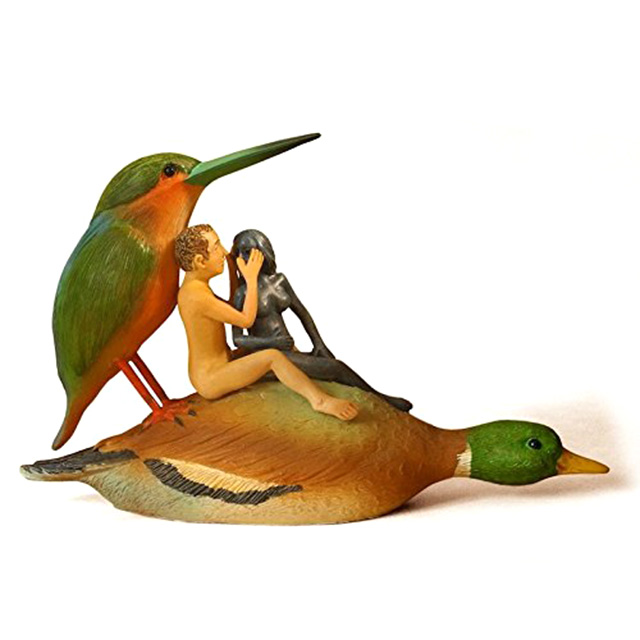 But is he doing it because he wants us to feel bad about the way we are or is it like a celebration of debauchery and chaos?

These are questions you can pretend are very important when your houseguests ask what’s wrong with you for owning this. 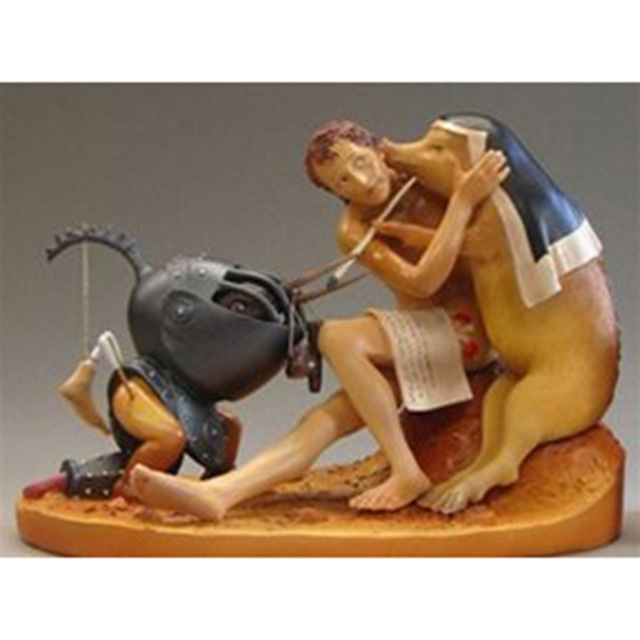 That picture looks awful but you probably aren’t ready to get a clear look at what’s going on here. 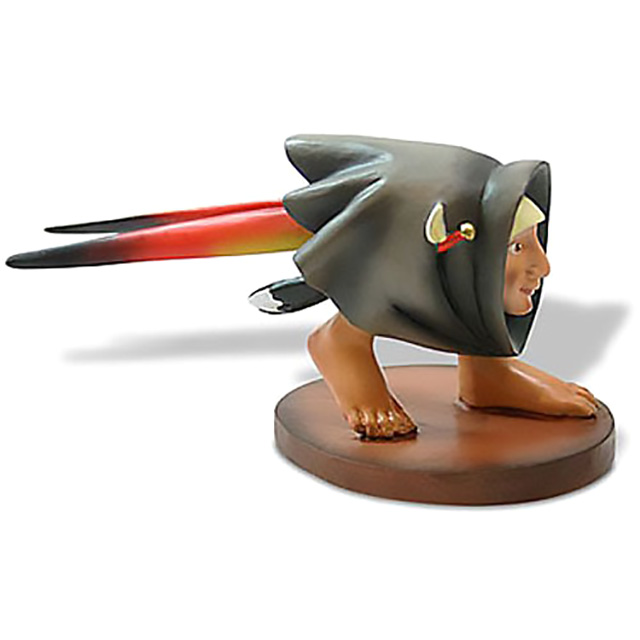 This guy is practically cute compared to everything else so far.

Just a happy head on a pair of feet, rocking some sort of hoodie and, like, bird feathers or some shit coming out the back? 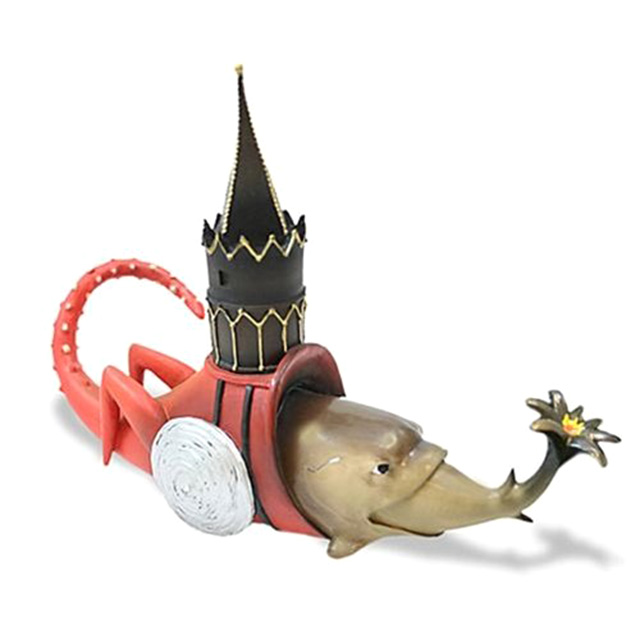 Oh, this is a fish swallowing another fish and maybe even being swallowed by some other type of fish or lobster thing and then a castle tower on top of all that.

You know, the usual. 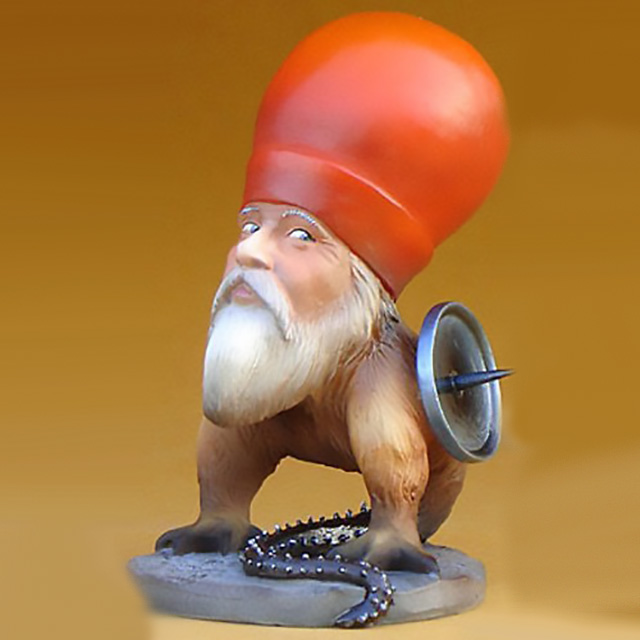 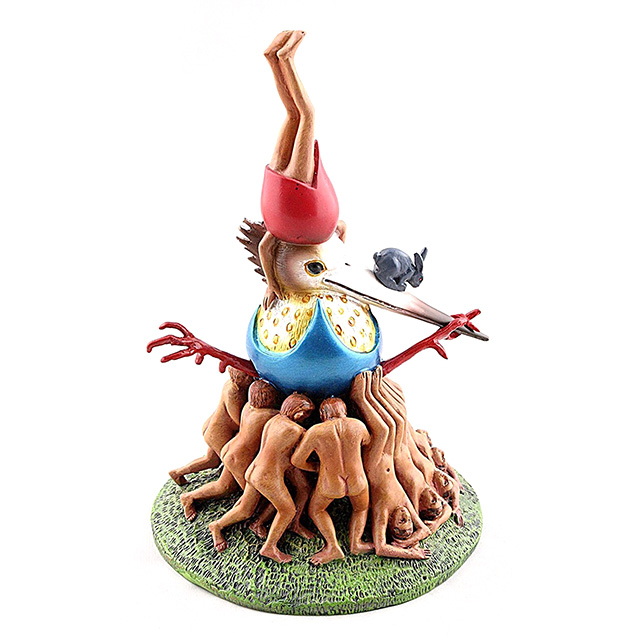 [Need some weird art but this piece doesn’t work for you? Check out drunkMall’s Disturbing and Creepy Works of Art for Sophisticated People gift guide!]