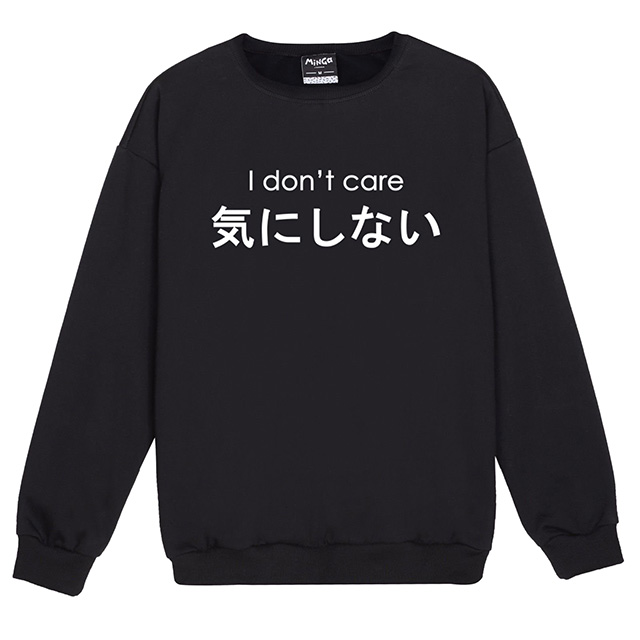 There are only so many ways in the English language that you can try to make people understand that you truly do not give a shit.

Sometimes you’ve got to reach outside your own culture and borrow from another in order to fully express yourself.

Y’know, like how Inuits are supposed to have 75 different words for snow. Or how there are single words in the German language that express entire sentiments that the English language requires a full sentence to communicate.

Look, “I don’t care” is three words and if you remove the contraction then it’s “I do not care,” which is four words. We don’t know Japanese but we can count and there are more than four Japanese symbols on that sweater. It’s safe to say the translation isn’t exact and Japan has been around for a lot longer than the English language, so whatever it says is probably more intelligent than idc lol….