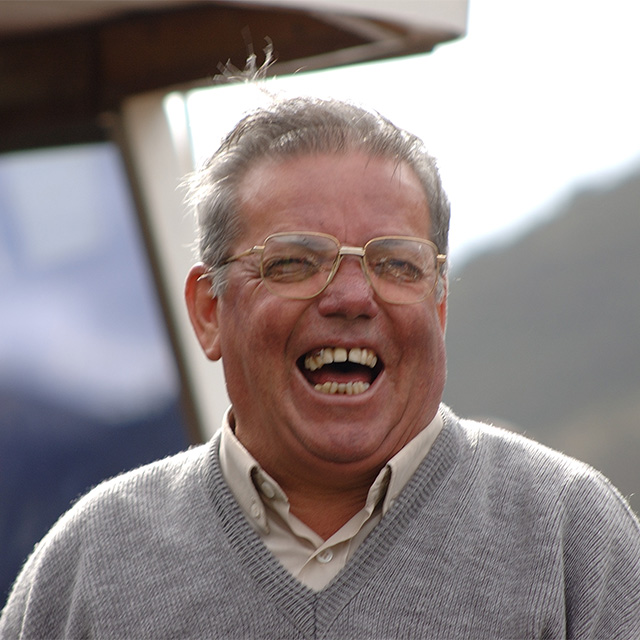 It’s that time of year again and the last thing your dad wants for Father’s Day is another necktie. Honestly, the best gift most of you could give your father would be to move out of the basement or start paying rent but since we all know that’s not gonna happen anytime soon, drunkMall has gone and done it again by putting together the ultimate gift guide for Father’s Day 2017!

We got gifts for offspring on a budget. We got extravagant items for those of you who want to make sure your parents understand how successful you actually are because they still don’t get that you can make money from the Twitter. But most importantly, we know that there isn’t just one kind of dad out there, so we legitimately did our best to gather many items that will actually make fathers of all kinds happy when they receive it from you, their loving child.

Alright, enough with the emotions – let’s get to the good stuff! 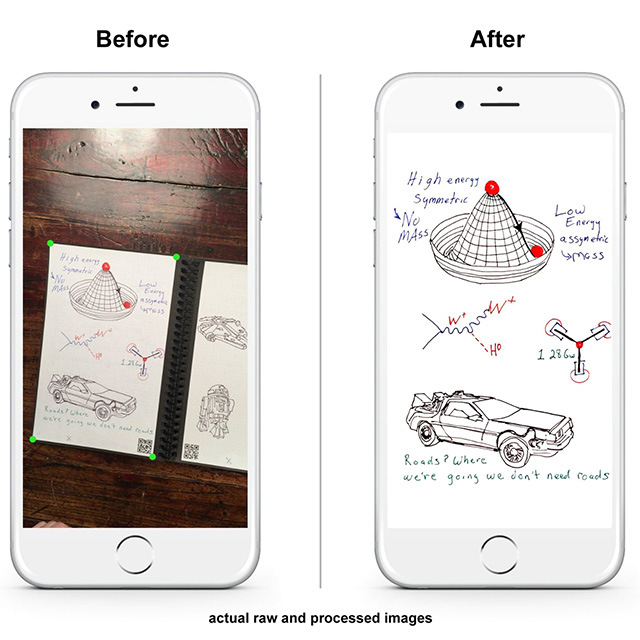 Old habits are hard to break.

If you’ve spent the last 30 or 40 years of your life taking notes or doodling rough sketches on paper then the transition to using digital technology can be bumpy. This smart notebook changes that. Paired with the app, your dad can work in the notebook as he would with any normal paper and instantly move his work over to a computer for organization and collaboration with other.

When the notebook gets full, you can put it in the microwave to erase the ink. Yeah, that’s real. 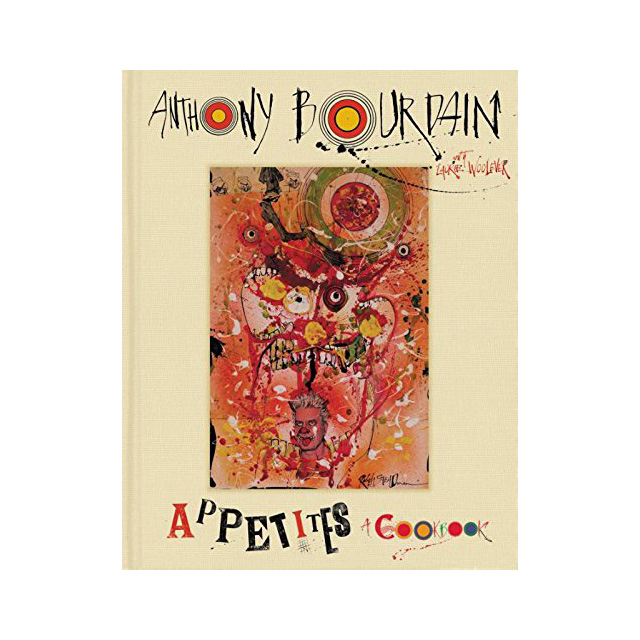 Anthony Bourdain is the favorite TV personality of dads across America.

Dude gets to travel around the world, eating good food, getting drunk as hell with locals and talking shit on vegans. Bourdain’s life is about as good as it gets for dad dreams.

Let your own father live vicariously through Bourdain tastebuds on a whole other level with Anthony Bourdain’s latest cookbook. Packed with the personal recipes Bourdain is most likely to make for his own family at home (we’re talking macaroni and cheese and roast beef sandwiches, people) – this is the only cookbook a man needs to own.

Gifting your pops a coffee mug for Father’s Day is as cliche as it gets but face facts: people need their coffee and you can never have enough mugs. Because mugs get dropped and break, mugs get dirty and left unwashed in the kitchen sink and the more coffee (or tea) that’s consumed in the house, the higher the odds of those things happening.

So hook it up with a coffee mug that has the ultimate dad joke on the side. A little twist on the “that’s what she said” classic…

Another thing about those hot caffeinated morning beverages is that it’s practically a miracle if you’re able to actually enjoy them while they’re hot.

Things come up, thoughts get distracting and an hour later you remember that cup of coffee you poured and never drank. Well here’s a game changer for everyone who can relate to this struggle: a mug warming plate!

It barely takes up any more space than a mug itself and it does a damn fine job of keeping those liquid contents you crave so much at the temperature you vastly prefer! 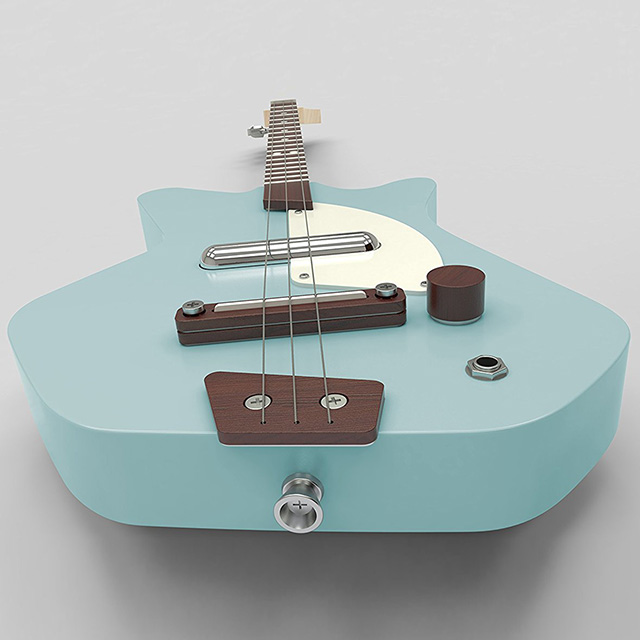 Was your dad ever in a band?

Does he talk about how he wishes he had been in a band?

Whether the dude who made you is a professional-level guitarist or a rock fan who never played a power chord in his life, the Loog guitar is way cool.

It’s only got three strings on it (as opposed to the six strings of a standard electric guitar) and the scale is smaller for easier playability. You can get one in several different colors (we like the pale blue surf rock vibes) and each unit comes disassembled in a box, so the owner even gets the experience of putting their own guitar together and getting to know it before playing a single note! 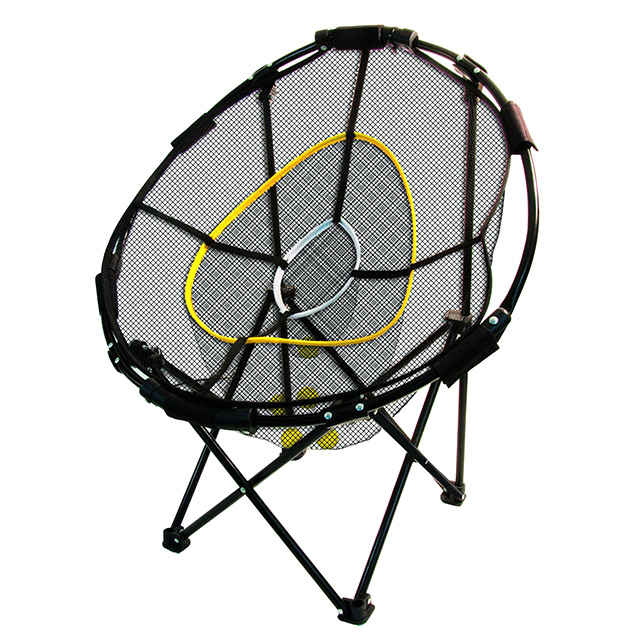 Not all dads golf but the ones who do get pretty obsessive about their handicap.

Help your father improve his short game with a super portable and lightweight chipping net!

The major selling point of this practice net over others is that it has three separate “goal” nets. Where most chipping nets are just a sack that you’re trying to knock golf balls into, this one allows you to gauge exactly how accurate your shots are by seeing how many golf balls are in each net at the end of a session. 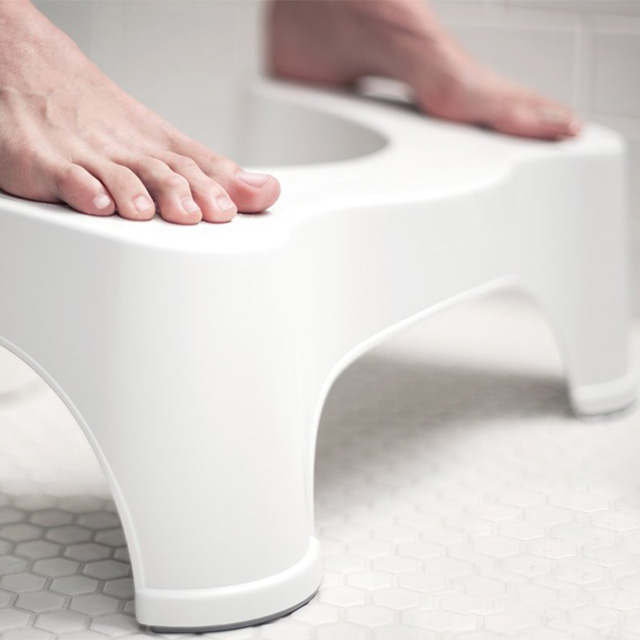 Gifting anyone a squatty potty is pretty much guaranteed to be a little awkward. Feel free to play it off like a gag gift if you want!

But here’s the deal – without going in to details, there are many legit reasons for everyone to be using a squatty potty, especially males. If you care about an aging man, you should try to have him start using a squatty potty. The first step is finding a way to get it in the house. After that, curiosity should do the rest… 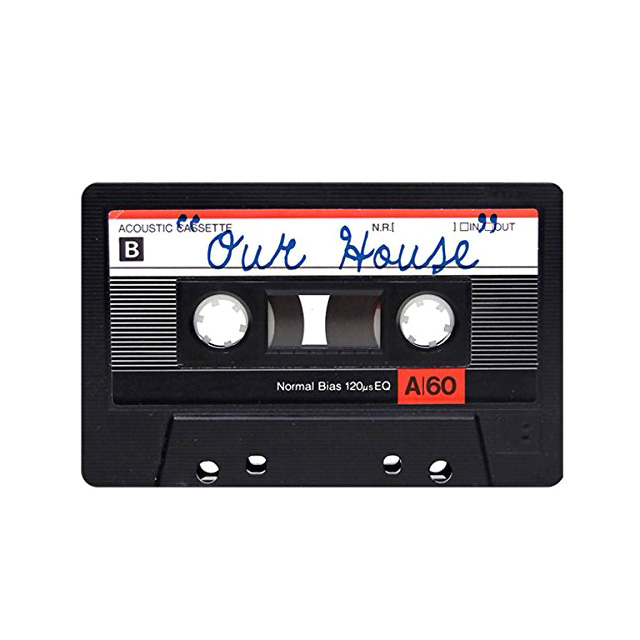 It’s quite possible that the only reason you exist is a killer mix tape that your father made for your mother. For all the youngsters reading this, we’re not talking about your dad’s secret career as a rapper selling his mixtapes out of the back of a car. That term used to be used for a cassette tape full of songs you dubbed together for yourself or another person. So basically a playlist, except in physical form – something you could decorate and hold and give to someone.

Anyway, this doormat looks just like an old cassette tape with the words OUR HOUSE written in as the title. Yeah, more dad jokes… 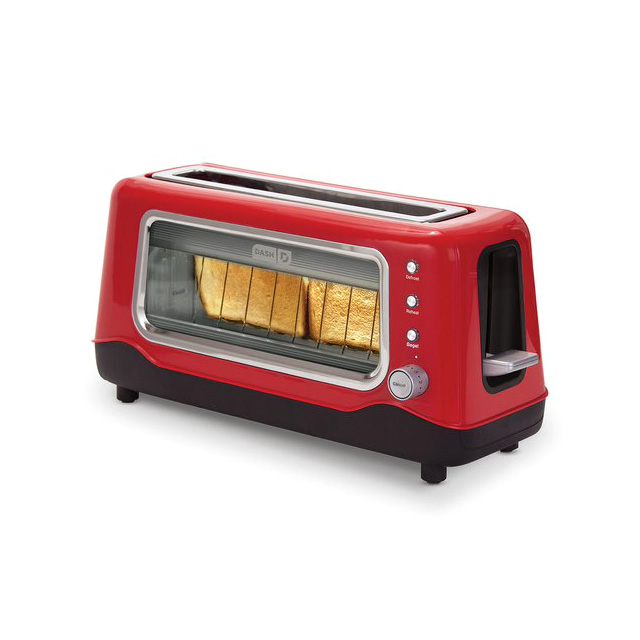 A perfectly toasted slice of bread is so crucial. If you don’t believe that, consider the opposite experience. It’s morning and you’re in a hurry. The toast gets burnt and you literally do not have time to make another piece. Worse things happen, sure, but is that the trend you want to set for the day? Definitely not.

Someone finally got around to creating a toaster with a viewing window in the side, so you don’t have to worry about burnt toast any more! Just take a peek in the window and see for yourself how far along that toast is. 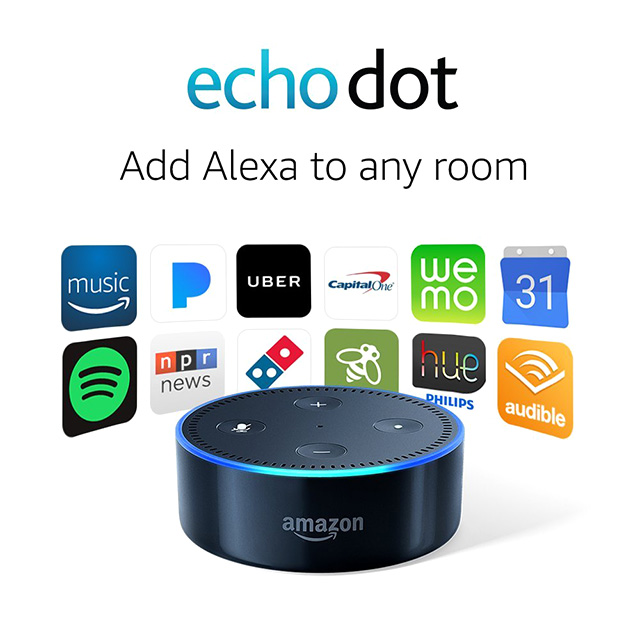 It’s difficult for younger people to comprehend how different the world was just 20 to 40 years ago. Yeah, we’ve technically had Internet for a while now but even in the last 10 years the implications of that technology have radically shifted.

Getting a ride from a stranger in two minutes by pressing a picture on a glass screen of a rectangle you keep in your pocket?

What the shit is that?

And that’s just the beginning. It only gets weirder from here, folks!

Amazon’s new Echo Dot lets you add their Alexa virtual assistant to any room of a home or office. You can see some examples of the linked services in the photo above. Yeah, you’ll probably have to help him get it set up but once your dad figures out that he can order a pizza just by saying out loud that he wants one, he’ll be into it. 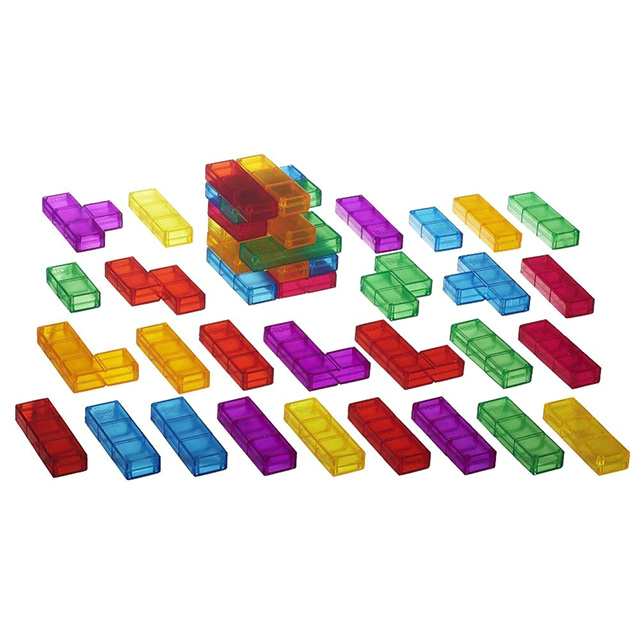 Again, you don’t have to drop a lot of cash on a present for Father’s Day.

Spending quality time together with his family is all any good dad really wants. Board games and party games are a fun excuse to do that. Here’s a twist on the classic game Jenga that integrates another classic game: Tetris!

Rather than simple wooden blocks, this set comes with plastic pieces shaped like some of the elements of the retro video game. Be careful pulling out those Z shapes! 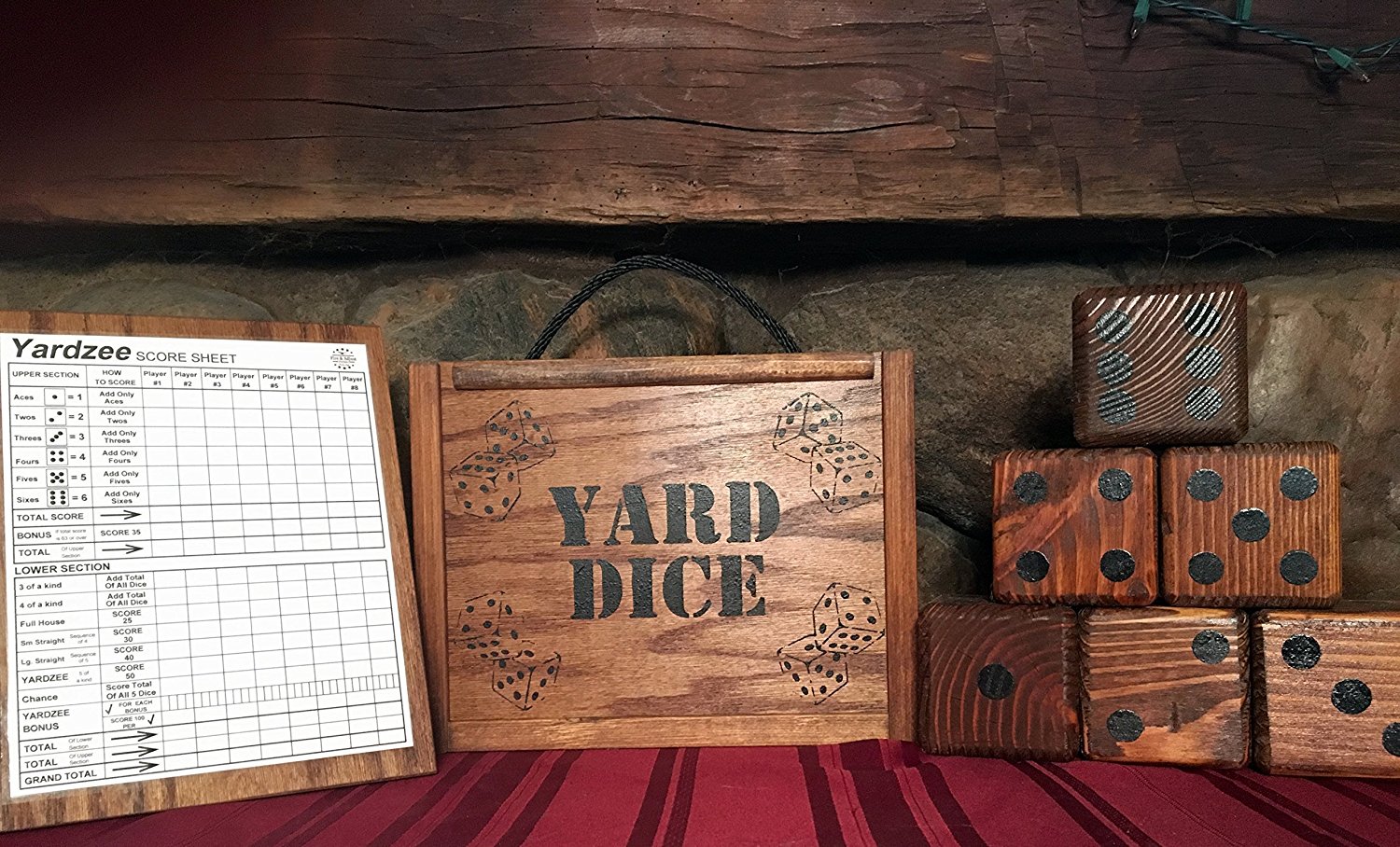 With Father’s Day taking place in summer time, you very well may want to move the party outside. These oversized wooden dice let you play, well, any dice game you want.

But they also come with everything you need to play a game of “Yardzee” – oversized score sheets (Yahtzee rules, etc.) and even a nice wooden box to store the set!