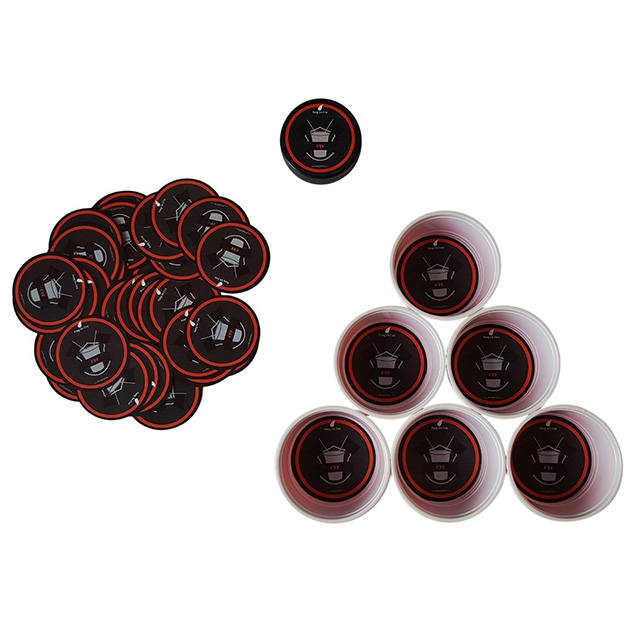 Beer pong is super fun. It’s a great game. But what if there was a way to make it even better?!

The makers of Fire Pong think that’s exactly what they’ve done. Think of Fire Pong like an awesome new hairstyle or a badass leather jacket. You’re still the same person you were before getting those things but now you look a little different, a little flashier. That’s what Fire Pong is like for beer pong. You’re still playing the same game but it’s got a little extra fun added!

Basically, you place these beer-proof discs inside the game cups. Each of the cards is of special significance. The game comes with 50 cards per order, so there are many different instructions on the cards. Some give your team advantages and some give disadvantages. One of them will be your “flag,” which can end the game prematurely if hit three times.

Also, the cards keep the game ball out of the beer, if you still fill your beer pong cups with beer instead of water.