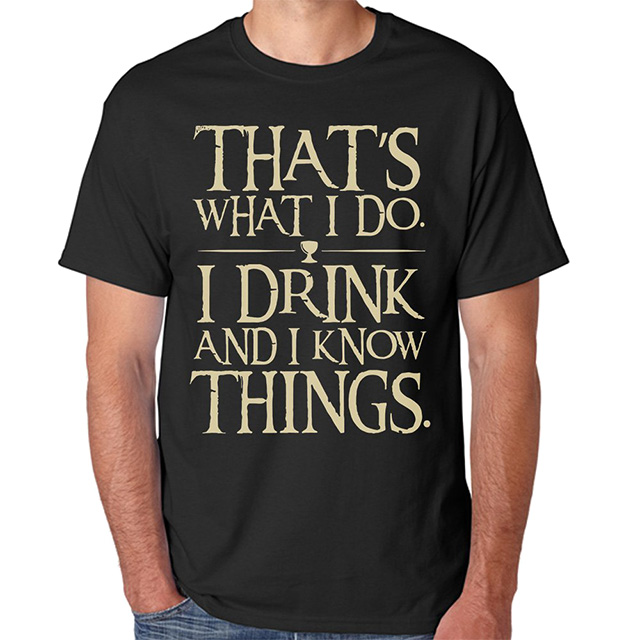 He drinks. He knows things. It what he does and it’s why we love him. What you see is (usually) what you get from The Imp. He loves wine, whores, knowledge and playing the game of thrones, because small men can cast a large shadow in this game.

It’s such a long wait until the next season of the show that we don’t even want to think about that. All we’re gonna say is that the next season better have about twice as much Peter Dinklage as this last one did. Where was all the Peter, D & D?! We need that Peter!

What screen time he did get this year was put to good use, though, including the scene where he dropped the splendid quote shown on this shirt.