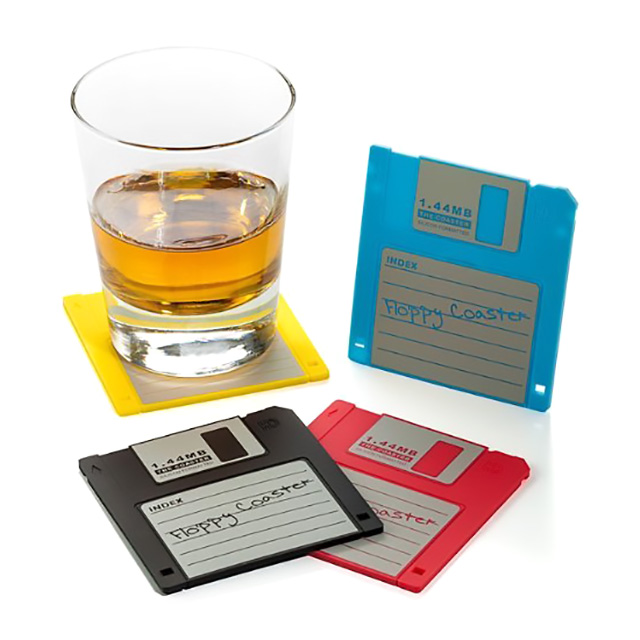 Probably a lot of you have no idea what you’re looking at right now.

Well they’re coasters. But these coasters look exactly like floppy disks, which were a thing that people used to use when they needed to store maybe one literal photograph before a reasonable data solution was invented. We’re talking before the cloud, before smartphones, before flash drives. If you’ve ever heard someone speaking in hushed tones about a terrible thing known as “dial-up,” these are from that era.

But of course, if you’re a good student of the Internet or a meme historian at any level then you already know about floppy disks.

The floppy disk coasters come 4 to a set, so you and 3 of your geekiest friends can sit around talking about the time you almost beat King’s Quest or whatever.